Throughout this year, I was mostly stuck at home which means I spent a lot of time playing games on the Nintendo Switch. If you spend a lot of time with Switch games these days, chances are you have wanted to take some screenshots and share them with friends. It could be defeating Ganon in BoTW, or an amazing squad wipe in Fortnite. Well, if you want to share your best Switch moments, here is how to take and send Nintendo Switch screenshots to phone.

Take Screenshots on Nintendo Switch and Share Them to Your Phone

In my experience, sharing screenshots from the Switch didn’t use to be very easy. You had to upload images to Facebook, or insert a microSD card to copy images and what not. What’s more, taking screenshots isn’t very intuitive either because the button doesn’t look like it’s a screenshot button at all. But that’s what it is.

In this article, I will show you how to take a screenshot on your Nintendo Switch, and how to send the Switch screenshot to your phone. You can use the table of contents below to skip over to any section you like.

1. How to Take Screenshots on Nintendo Switch

Taking a Switch screenshot is easy, once you know which button to use. Here’s how you can capture the screen on your Switch with ease.

When you’re in a game and you want to capture a screenshot, just press the square button on the left Joy-con that has a little circle etched inside. This is the capture button.

Once you press it, you will get notified on the screen that a screenshot has been captured. You can also press and hold the button to screen-record a clip on the Switch.

2. Where to Find Switch Screenshots?

Now that you have the screenshot you want to share, where exactly can you find it on the console?

In the home screen of the Switch, you will see an album icon on the bottom row beside the Settings, Nintendo eShop, and News icons. Tap on this to open the album. 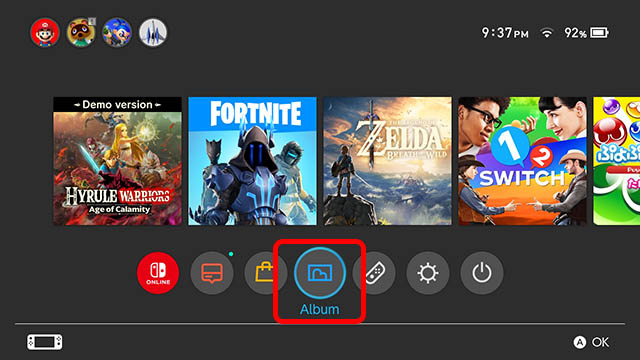 Here you can see all your screenshots and clips. You can select any of these and open them to see them in their full size.

3. How to Send Switch Screenshots Directly to Phone

Now let’s talk about actually sharing these screenshots to your smartphone. This wasn’t easy a while ago, but Nintendo has since updated the Switch software to add a new feature that’s really handy for sharing screenshots. Here’s how to use it. 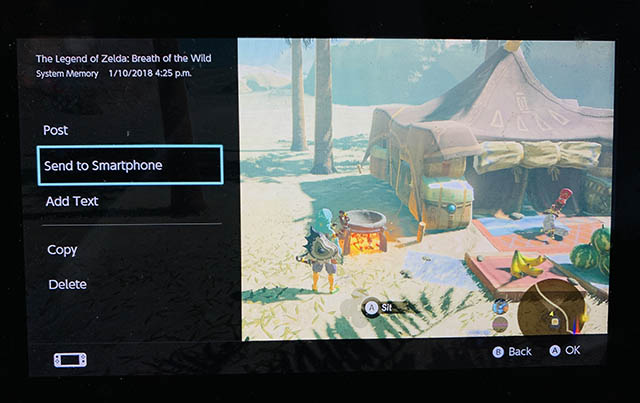 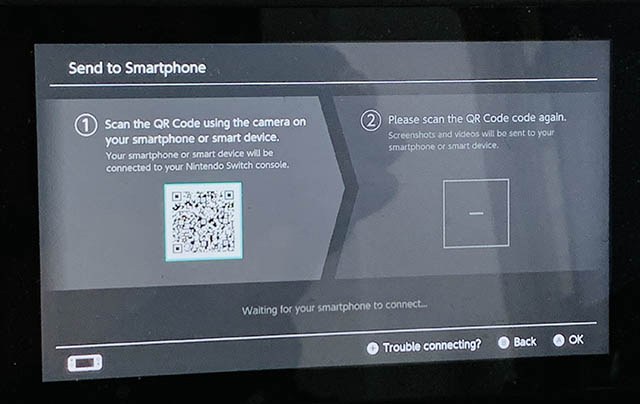 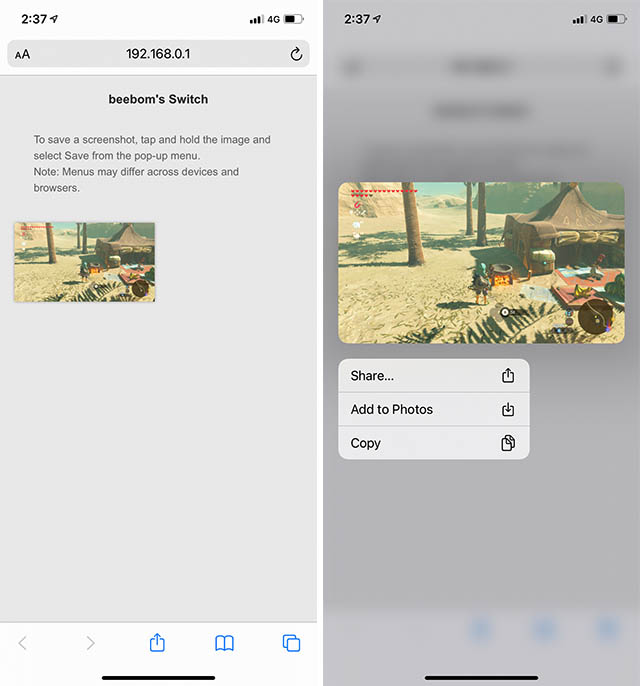