With the release of the second Android 8.1 developer preview update, Google has enabled the secret imaging chipset on Pixel 2 devices. Pixel Visual Core, the co-processor that has been developed by Google, allows third-party app developers to use the capabilities of the chip to better the capture quality. You can enable this feature by following the instructions defined underneath:

To turn on the Pixel Visual Core for your Pixel 2 device, first you need to make sure that you’ve installed the latest Android 8.1 developer preview. You then need to navigate to System > About Phone in the settings menu and tap the build number 7 times to enable Developer Options on your device. 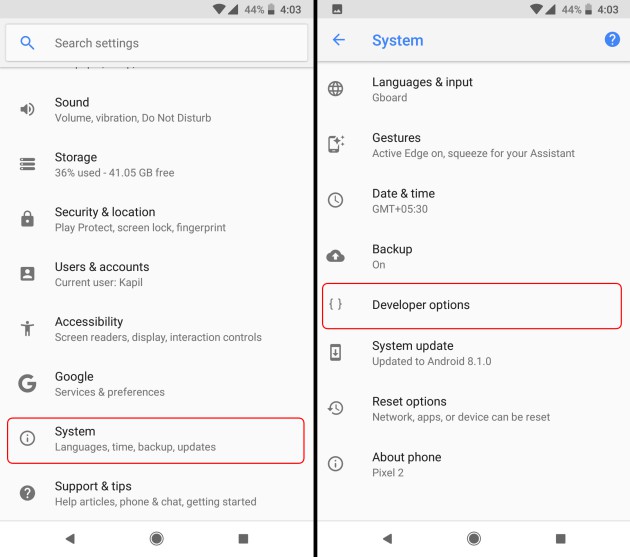 Once you’ve enabled the Developer Options, open the same from the Settings page and scroll down to the “debugging” section and toggle the ‘Camera HAL HDR+’ option to enable the Pixel Visual Core’s functionality. You’ll now need to reboot your Pixel 2 device for the feature to be activated. 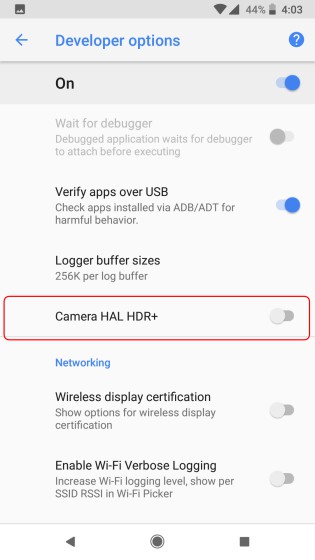 Now, you won’t be able to notice any significant difference in the picture captured by the official Pixel 2 camera. This is because the camera app is already utilizing the Pixel Visual Core to improve your shots. The primary benefit of the feature will come from third-party app developers, who’re free to use the said chipset to process their own images on-device.

Google has already said that app developers can use the ‘Camera API’ to make use of the Pixel Visual Core and process photos using their HDR+ technology. The said chipset would immensely help improve the image quality by giving captured photos the same treatment that every official camera photo receives.

This Pixel Visual Core chipset will be very useful for social media apps, such as Instagram or Snapchat, who can make the capturing process smoother and enable users to post HDR photos without much quality loss. The HDR+ technology helps enhance the dynamic range and eliminate noise to make the subjects in the picture pop. Planning to switch on Camera HAL HDR+ on your Pixel 2 device? Let us know if you have any queries in the comments down below.