There was a time when I considered Facebook as one of the most innovative companies in the world, not anymore. Since the last year or so, Facebook has been shamelessly ripping off many features from its rival Snapchat. Probably the biggest feature which Facebook copied from SnapChat was the “Stories” feature, which it renamed, and introduced as “My Day or Messenger Day”. Now, being a consumer, I don’t mind companies taking some inspiration from its rivals to bring new features on their platform. Because, at the end of the day, we the users are the one who benefit from this. However, I hate it when companies try to force users to use these features. It’s sad that Facebook is doing the same with its Messenger Day feature.

I mean just look at the above picture, the Messenger app is just bombarding us with labels asking us to create our stories. I liked the way Facebook implemented the Stories feature on WhatsApp and Instagram. They are not in your face, and you have to use them only if you want to. But, in the Messenger app, whenever you send someone a picture, the app will prompt you to add it to your story. This just feels like a shameless promotional stunt by Facebook. And look, I understand that, some of you will not mind it. But, if you are someone like me, who finds this really annoying, and will go to any length to disable it. So, without any further ado, here’s how to disable Facebook Messenger Day feature on your Android Device:

There are two ways to do it. For the first one to work, your device needs to be rooted. The second will work on the non-rooted devices too. The root method will work inside your currently installed Messenger app while the non-root method will employ the help of a modded APK file. I will explain both of them one by one.

For this method, we will use a terminal emulator on your Android device. So before be we begin, download the Material Terminal app. Once you have installed the app, follow the steps given below.

1. Type the command “su” (without the quotes) and hit enter. Grant any permission asked by your device. 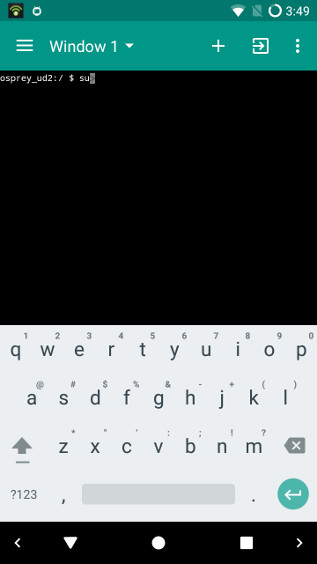 2. Now copy and paste the following command into the app. 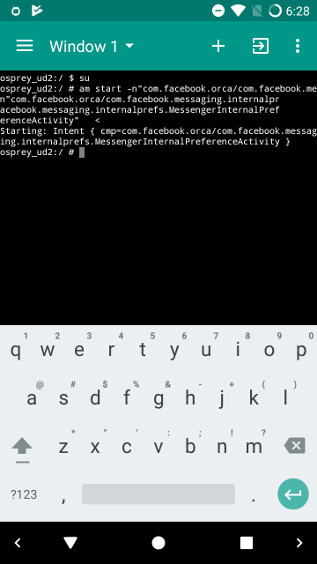 3. Once you hit enter, you will be automatically taken to the hidden “Internal” settings page of the Facebook Messenger. Here, scroll down to find “Gatekeeper Override” option and tap on it. 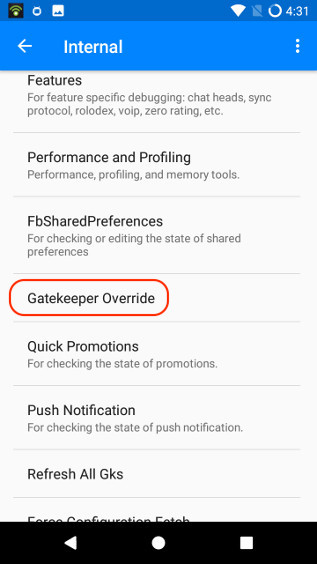 4. Tap on “Search Gatekeepers” option and type in “internal” and hit okay. 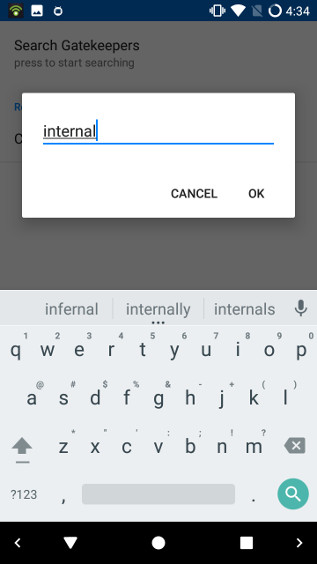 5. Now, change the “messenger_internal_prefs_android” option to YES by tapping once on it. 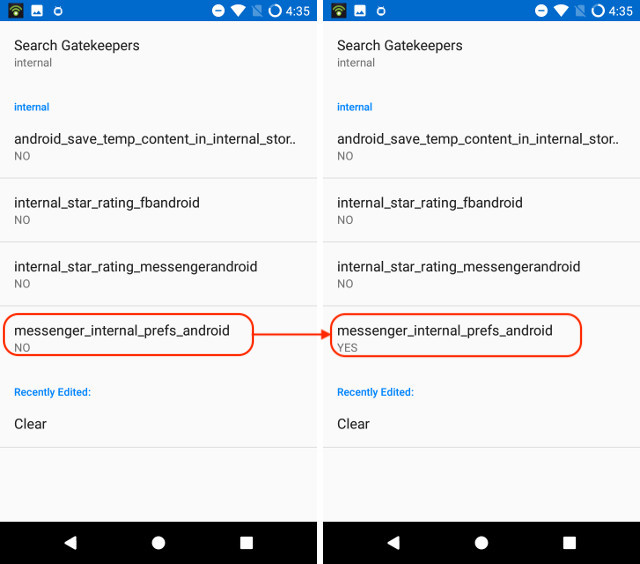 6.Tap the back button on the navigation bar to go back to the previous menu. Here, look for the “MobileConfig” option and then tap on it. 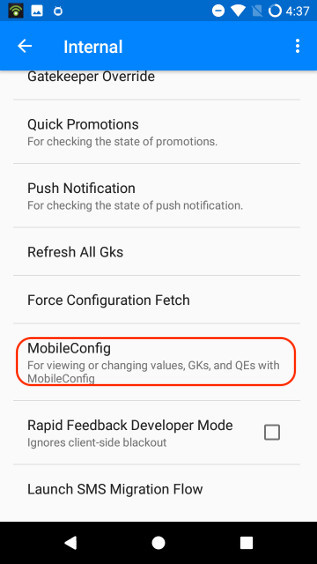 7. Here, tap on the search bar at the top and search for the following text, “wave2”. You should be seeing only one result (Param: wave2 montage enabled). Tap on it. 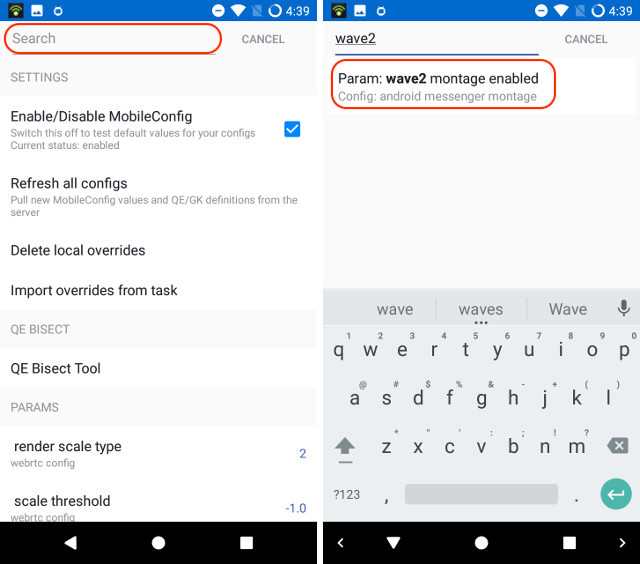 8. On this page, under the “Config:android_messenger_montage” change the value to “false”. 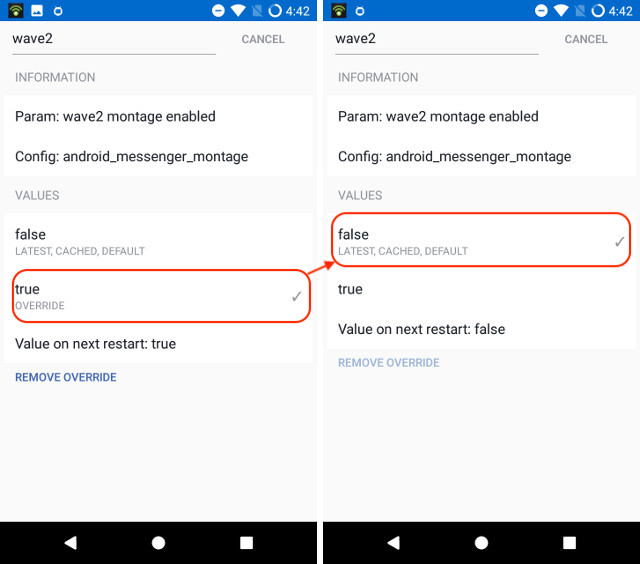 9. Now, restart the app by clicking on the “Restart Now!” option which appeared on the bottom of the screen. If you missed it, just tap again on the “false” value and it will appear again. 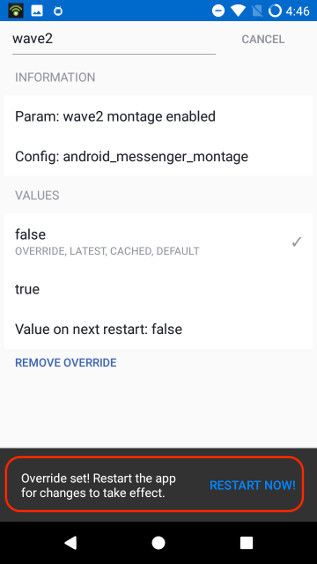 That’s it, you are done now. You won’t see the Messenger Day feature on your app any more.

As I mentioned earlier, we will use a modded APK file of Facebook Messenger to get rid of the “Messenger Day” feature. The steps for disabling the Messenger Day feature is same as those used in the above tutorial. However, since a non-rooted device does not get access to the internal settings option, we will have to use a modded APK. The APK will come with an already unlocked internal settings option. So, you must be thinking, why cannot I use the modded APK on my rooted device too, as using the APK will decrease the number of steps required to disable the Messenger Day Feature.

Well, it’s because the non-rooted method has a drawback. Facebook uses key-based authentication for data sharing between its applications ecosystem. Since the developers have to sign the APK with their own key to mod it, other Facebook apps will not work with it. For getting this APK to work, you will have to uninstall every other app which is under the Facebook ecosystem, including Facebook, Messenger, Messenger Lite, and Facebook Pages Manager among others. If you are ready to do that, you can use the modded APK to get going. Download the APK by visiting the given link. The modded APK has been developed by a member of XDA-Developers team, so be sure to thank them when you are there.

1. I hope that by now, you have installed the APK. Now, launch the app and go to the settings options. Here scroll down to find internal settings and then tap on it. 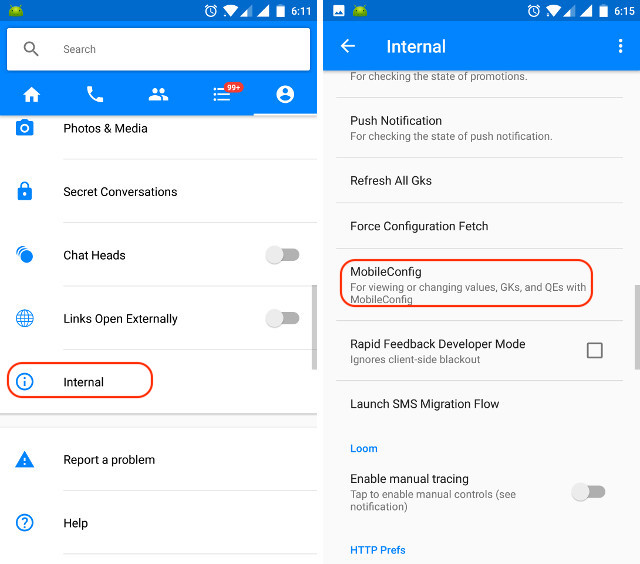 2. Now follow the steps 6 to 9 from the previous tutorial. Just to help you get started, the first thing to do is to find “MobileConfig” (mentioned in step-6) and then take it from there.

Note: Remember, before you install the APK, you will have to delete all the applications which are made by Facebook, otherwise the process will not work.

The Messenger Day feature and the way it is being forced down the throat of users is just unacceptable. Use the above methods to remove the feature, and enjoy using the otherwise great Messenger app. I understand that this tutorial can be a little bit hard to follow. So don’t shy away in asking questions when you are stuck at any place. Also, if you liked this article, please let us know in the comment section below. It’s good to get feedback from our readers.