The Dock is perhaps the most unique and used feature of macOS. It allows you to keep all your frequently used apps right at your fingertips. It also houses minimized windows of all your apps along with the Trash. Learning to customize and setting up the dock as per your preferences is necessary to make the most out of your Mac. We have already covered setting up the Dock preferences and its customization in detail in a previous article. Today, we are going to focus on the organisation of apps in your Dock.

As we all know keeping a lot of apps in the Dock can make it clutter up pretty fast. As there is no native way to group and organize your apps in the Dock, it turns from an exceptional tool into a complete mess in a very short amount of time. However, this does not have to happen. In this article, we are going to share a hack which will help you to organise the apps by adding spaces in Dock on your Mac:

1. Launch the Terminal app by searching for it in Spotlight. Now, paste the following command in the terminal window and hit return/enter.

2. To make changes appear, run the following command to refresh the Dock. This will add a single space in your dock.

This is how a space looks inside the dock.

3.  To add multiple spaces just paste the first command multiple times and hit return/enter. The number of spaces will be equal to the number of times you have pasted the command. Run Killall Dock to refresh the dock.

Look at the below picture to understand how to organize your apps by utilizing the spaces. Here, I have grouped the apps according to their functionality and separated them using spaces.

Removing Spaces from the Dock

Removing the spaces is easier than adding them. You just click and drag the space out of the Dock just as you would do it to remove an app.

Bonus: Creating a Folder of Apps in the Dock

What if, apart from adding spaces to organize your apps in the Dock, you also want to create a folder of apps. Creating a folder should organize things, as it will declutter your Mac and allow you to keep more apps inside the Dock. macOS doesn’t allow you to create a folder of apps in the directly. However, there’s a hack you can use to create one. I download and install a lot of apps as I am reviewing them. I like to keep them in the Dock, so that I can easily access them. Here is how I create folders to keep them inside my Doc without cluttering it:

1. Create a new folder anywhere on your Mac. For this article, I created a new folder on my desktop and named it aptly as “Review Apps”.

2. Now, open the Finder window and click on the “Applications” tab. 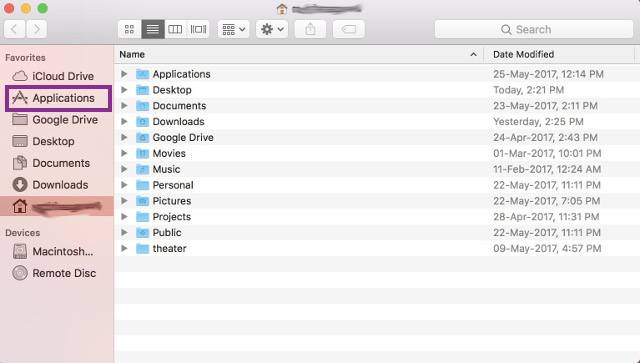 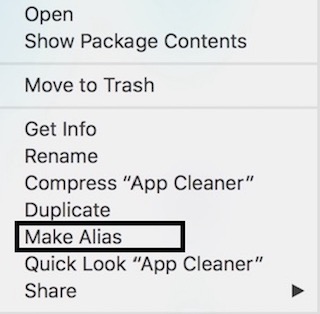 4. Drag and drop the alias in the folder and repeat the process for all the required apps. Now, drag the folder to the right side of the Dock just beside the Trash. You will see that a folder with all your apps has been created inside the Dock. Click on the folder icon to reveal the apps. 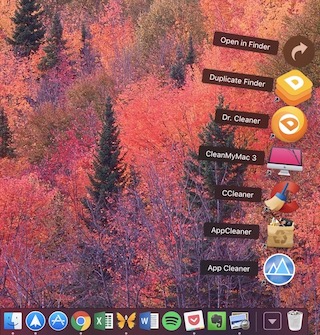 Organize Apps in Dock on Your Mac

The above two hacks will help you to organize your apps inside your Mac’s Dock. The first hack will help you group the apps together for easy access and the second one will allow you to add more apps to the Dock without cluttering it. Keeping your Dock organised will increase your productivity, as you will be able to access anything you need within an instant. If you like these hacks and want to learn more hacks like these, do let us know in the comment section below.