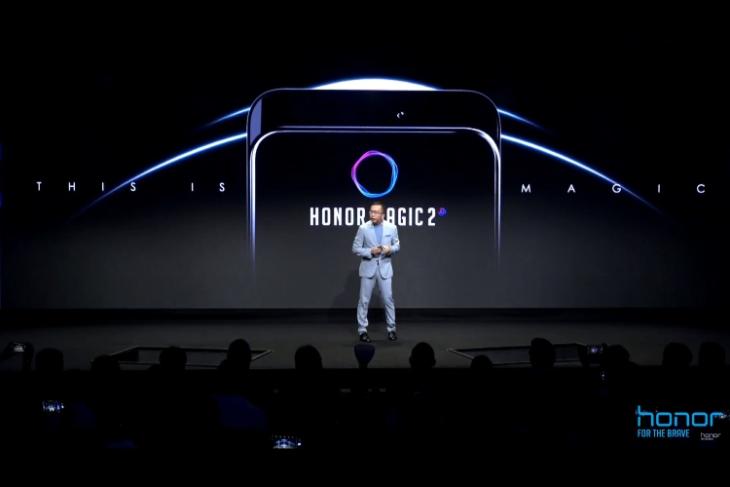 IFA 2018 is here and Honor announced the global launch of the Honor Play. However, at the end of the press conference, Honor decided to drop in a teaser to another of its upcoming devices.

Following the end of the global launch of the Honor Play, George Zhao, CEO of Honor, showcased the upcoming Honor Magic 2. According to him, ‘Magic’ holds a special no-compromise element within the company, and after the Magic was the first smartphone with AI, the new Magic 2 will also introduce a number of firsts. 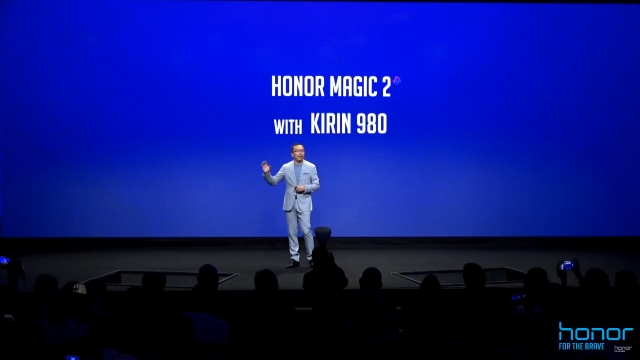 While there weren’t any details shared about the device, Zhao did announce that the Magic 2 will be powered by the company’s upcoming flagship processor, the Kirin 980, which is the world’s first 7nm processor and will be unveiled later at Huawei’s keynote presentation. However, apart from the SoC, the big thing with the Magic 2 will be the totally FullView display – with the camera and speaker on a sliding up panel (similar to the Oppo Find X) and 40W fast charging support. 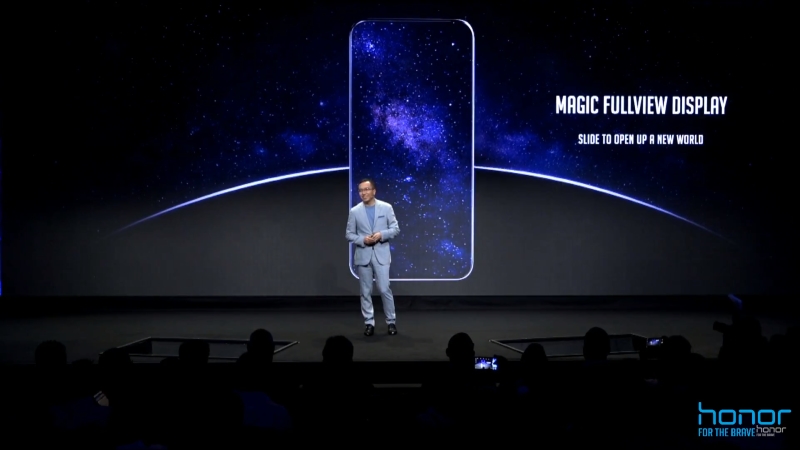 As of now, there is no official release date for the Honor Magic 2. However, the presentation did suggest that the device will be launched later this year.