Skip to content
Home Entertainment Comics What If Dogs Could Text? 10 Hilarious Texts From Dogs

October Jones has created an amazing tumblr textfromdog where he posts funny (imaginary) text conversation between a dog and his owner. This hilarious tumblr has got mentions from some of the famous websites from around the world.

October has also penned a book under the title ‘Text from Dogs’ in November 2012, second edition of which has been released in October last year. Both the books have received good response from readers, you can check out the books here.

So, Let’s check out, if Dogs could text what would have they written in the texts. 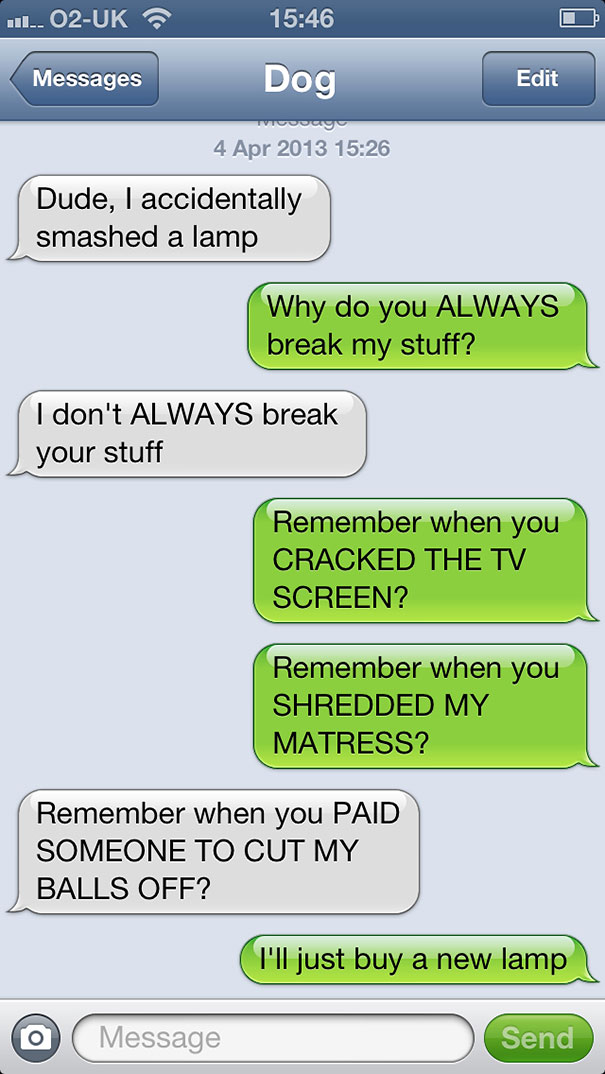 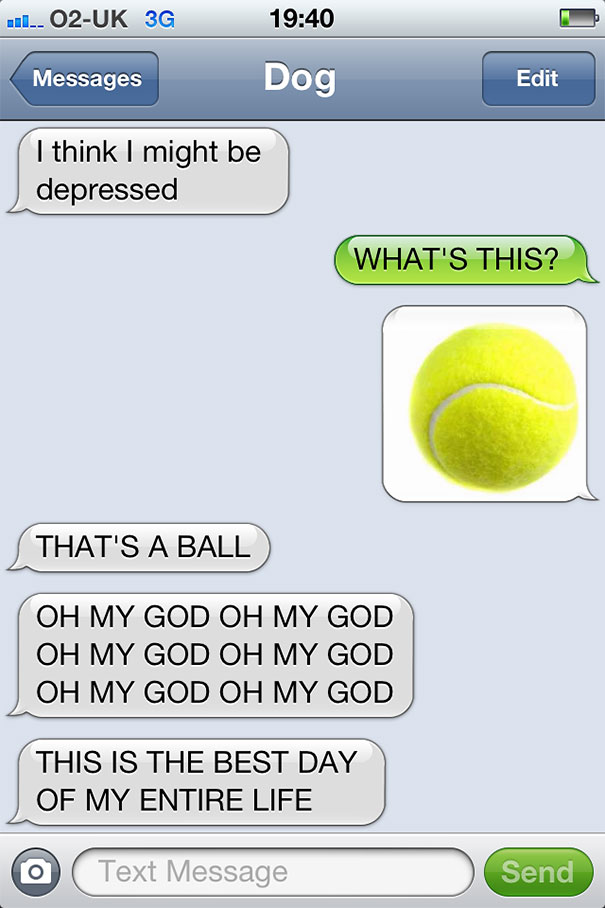 3. Check and Mate by Dog 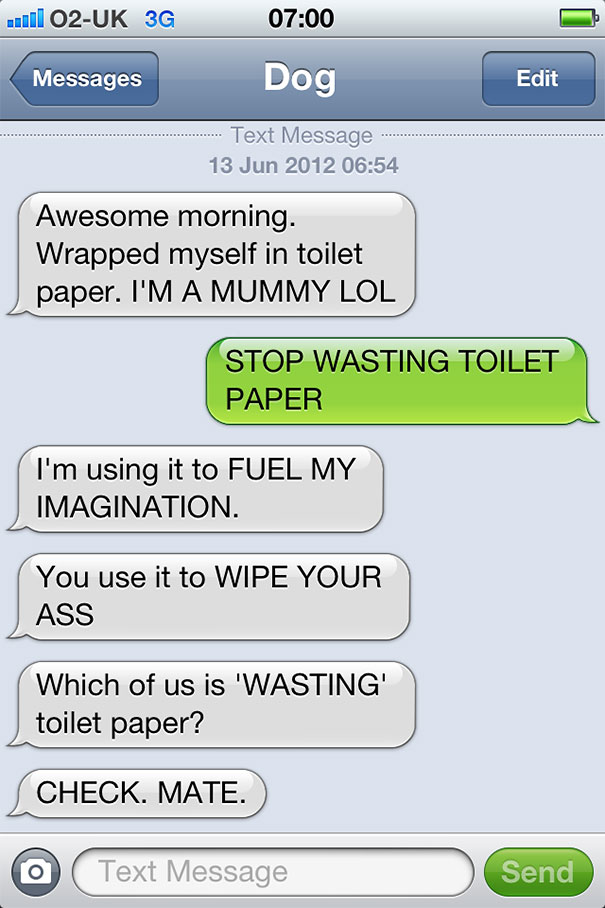 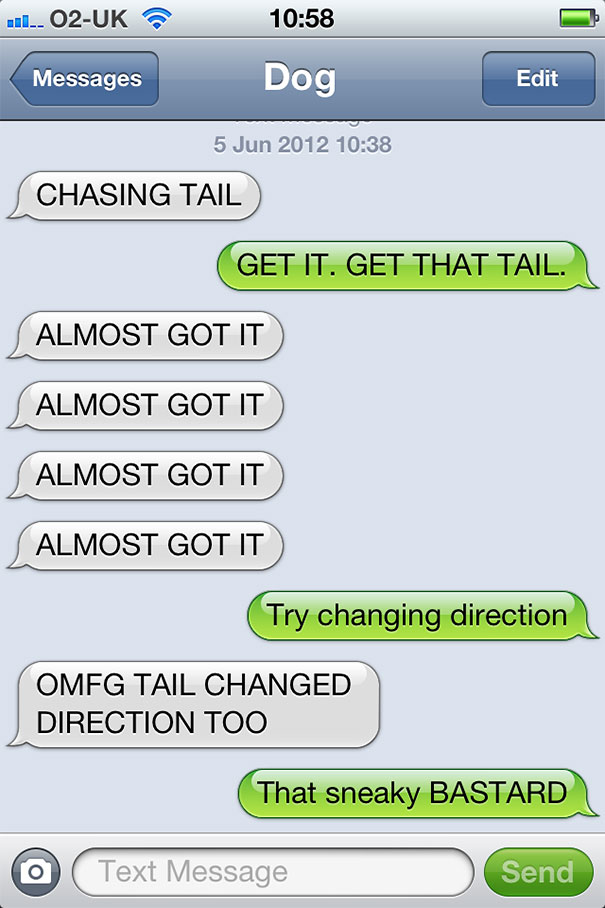 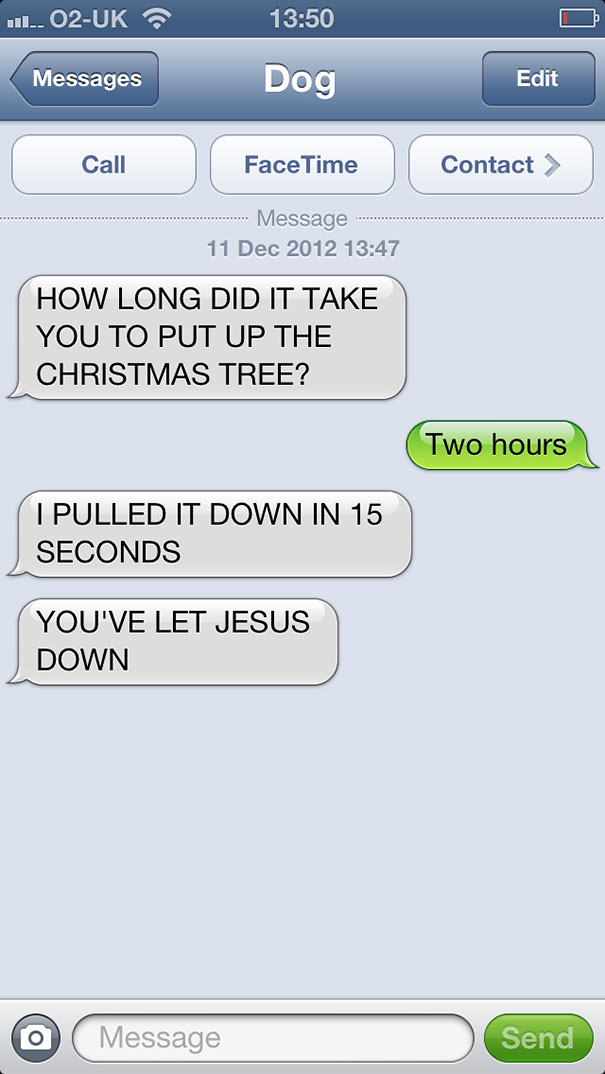 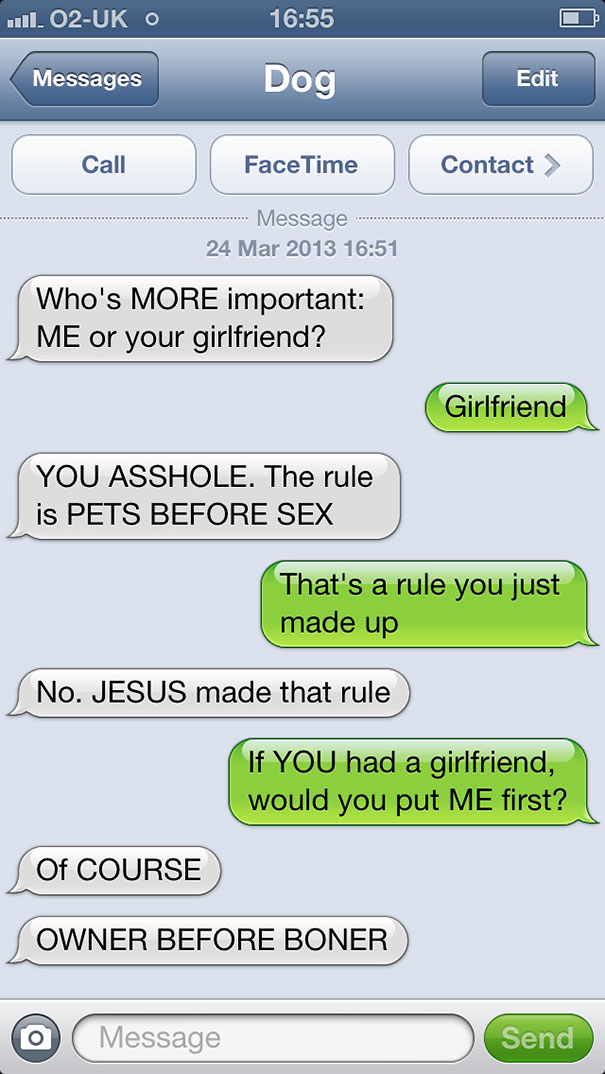 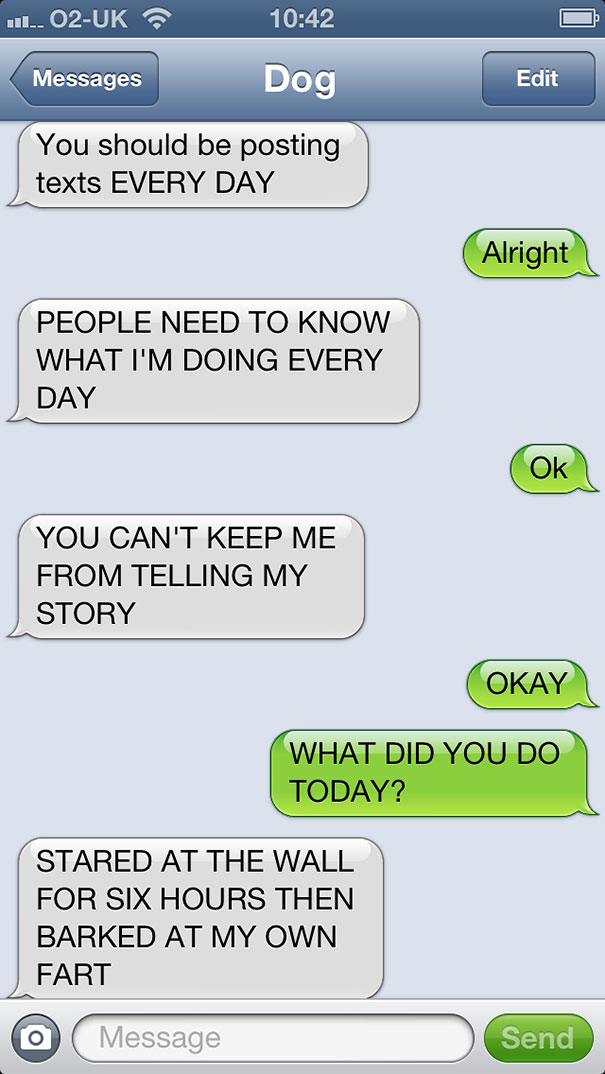 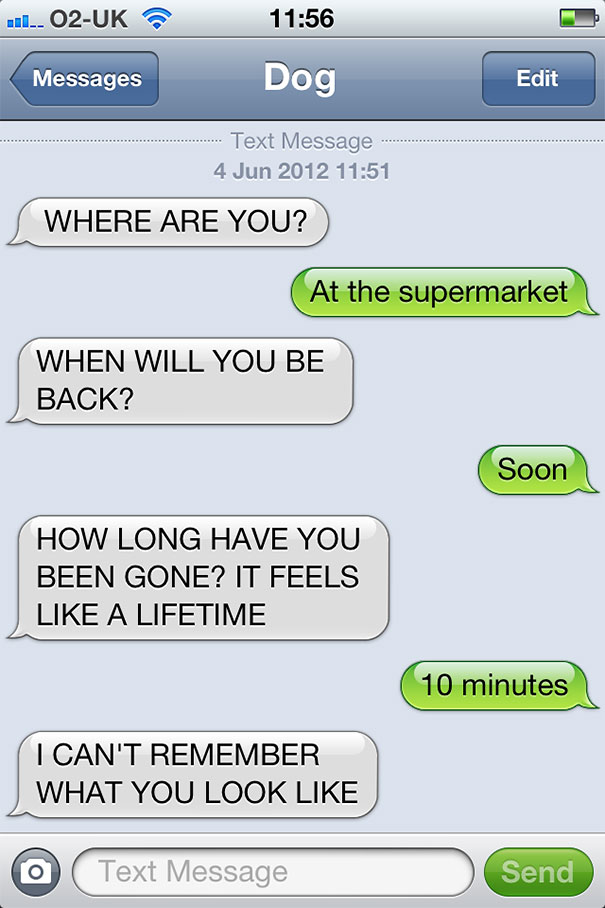 9. There’s somebody at the door. 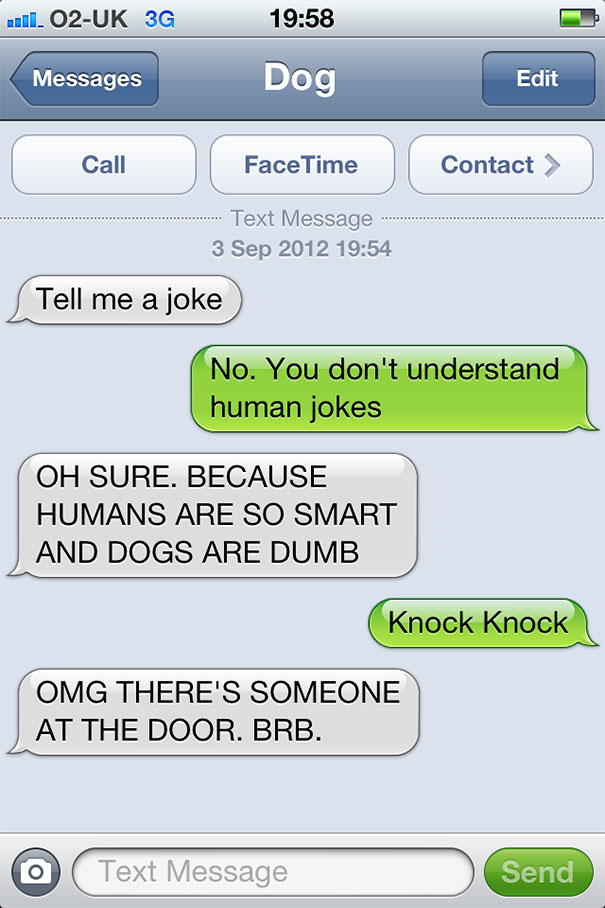 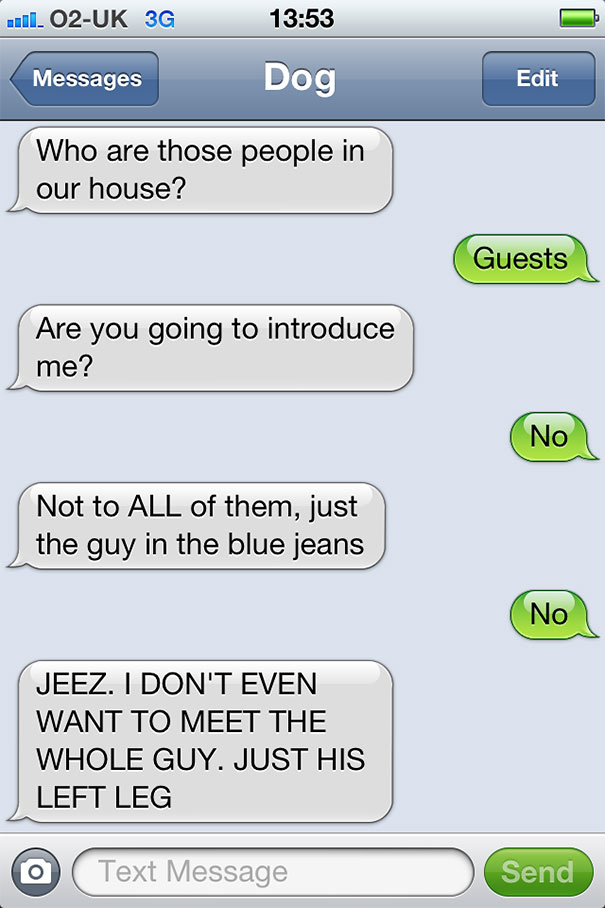