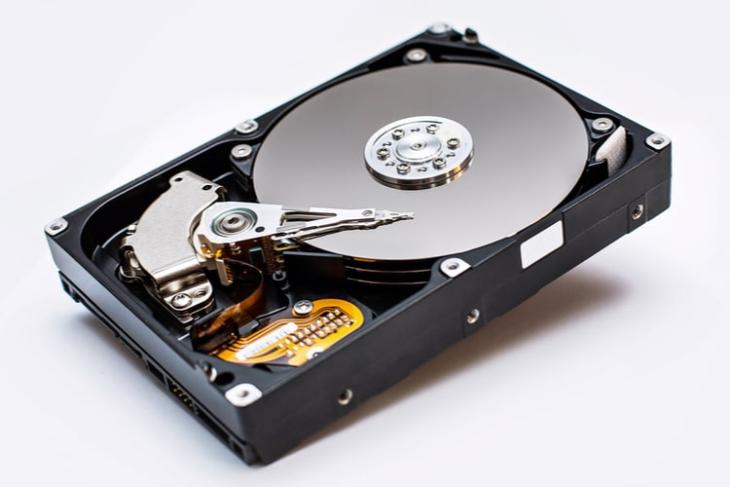 Although people are leaning more towards SSDs for their storage needs, mainly because of their faster speeds, HDDs are still widely used in the desktop industry. Compared to Solid State Drives (SSDs), Hard Disk Drives (HDD) can usually contain more space to store data and are much cheaper to manufacture and purchase. Now, a recent study suggests that graphene can be used to produce ultra-high-density HDDs that can store ten times more data than the current ones.

Recently published in the Nature Communications journal, the study was conducted in collaboration with teams at the University of Exeter, India, Singapore, Switzerland, and the US. The researchers replaced a carbon-based coating inside current HDDs with graphene and saw a tenfold jump in storage space.

Now, to understand this, you have to know the basics of an HDD. So, a traditional HDD unit contains two major components. There are the platters upon which data is written and stored, and then there is the magnetic head that moves rapidly over the platters as they spin. To enable higher densities, the space between the platters and the head constantly decreases.

So, to prevent mechanical damages and corrosion of the platters, current HDDs use something called COCs (Carbon-based Overcoats) that act as protective layers for the said component. Since HDDs first came into existence, the thickness of the COC decreased from 12.5nm to around 3nm. This corresponds to around one terabyte per square inch.

Now, the researchers replaced the current material used in COC with graphene, which is another form of carbon, and noticed major improvements. The research teams replaced the COCs with one to four layers of graphene to test the drive’s performance.

They tested for friction, wear, corrosion, thermal stability, and lubricant compatibility for the graphene-based HDD. So, as per the researchers, graphene has all the properties that are ideal for HDD COCs, and as a result, one single layer of graphene reduced corrosion of the platters by 2.5 times as compared to current high-end solutions.

As a next step, the researchers transferred graphene onto HDDs that include an iron-platinum-based magnetic recording layer and tested a new technology, namely Heat-Assisted Magnetic Recording (HAMR), that allows HDDs to increase storage densities by heating the magnetic layer to very high temperatures. This process is not possible in current HDDs as the COCs in them cannot withstand such high temperatures. However, graphene is a material that can.

So, by combining a graphene-based magnetic recording layer with HAMR, the researchers saw massive data density that amounted to higher than 10 terabytes per square inch. Hence, this technology has the potential to revolutionize the current data storage industry. This could bring more sustainable as well as durable HDDs into the mix.

“Demonstrating that graphene can serve as protective coating for conventional hard disk drives and that it is able to withstand HAMR conditions is a very important result. This will further push the development of novel high areal density hard disk drives,” said Dr. Anna Ott, a researcher at the Cambridge Graphene Centre and one of the co-authors of the study.