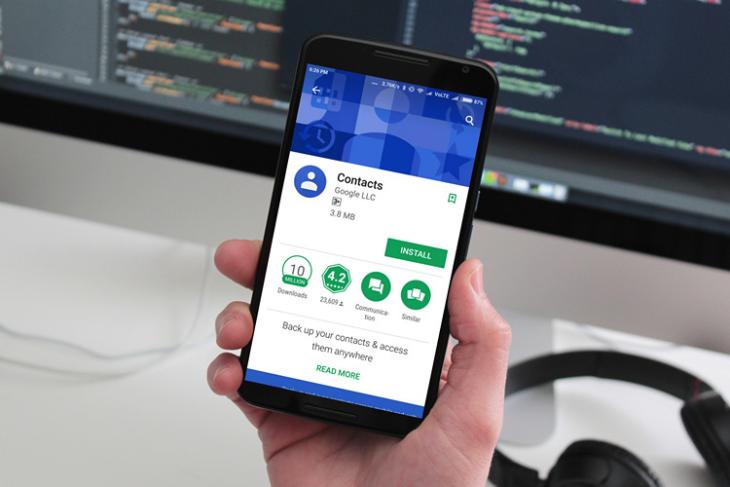 Google has updated its ‘Contacts’ app with a slew of new features and UI refinements. While the feature additions aren’t earth-shattering, there are enough minor tweaks that will make your overall experience of using the app a whole lot better. One of the best features available in the latest version (2.3.7.175176256), however, isn’t ‘new’ at all, given that it is was one of the older features that were were deprecated in a previous update, and is now being brought back after the huge hue and cry raised by users on Google’s forums. Thanks to the massive uproar, the powers-that-be at Google decided to bring back large contact photos, so you don’t have to look at tiny icons to identify callers anymore. 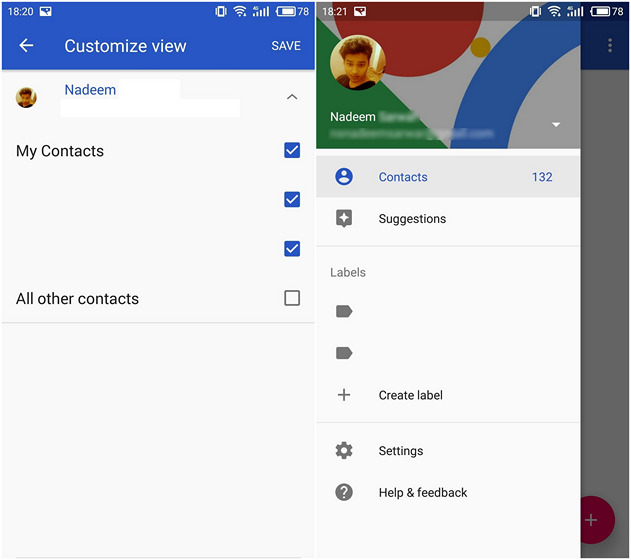 The app will now also allow users to merge duplicate contacts on their devices; a feature that’s been commonplace on most third-party contacts apps for some time now. Another notable addition is the G Suite Directory that will now allow users to view their contacts by account (e.g. – work vs personal). The update will also bring “automatic suggestions for adding contacts” in case you are communicating often with people who are not in your contact list. The update also lets users customize their Contacts interface. You can display the labels of your choice, and even create personalized labels as can be sen from the screenshots above. Another major design change is the introduction of an ‘Action Button’ that provides easy and intuitive access to SMS, call and other features.

The overall feature enhancements in this particular update may not be massive, but they certainly make a difference in terms of making the overall look and feel of the app a whole lot better. The app is rolling out as we speak, and should be available for all users fairly soon. If you’re using the Contacts app on your phone, go over to the link above, update the app, and let us know what you think about the changes.