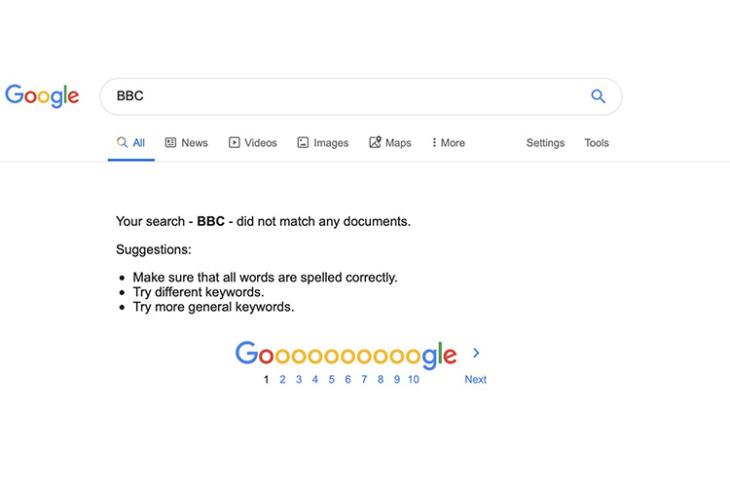 Google is probably the most visited website in the planet. It’s almost everyone’s home page, it’s Alexa rank is 1, it’s also basically the world’s knowledge database. The website took Search and became such a popular starting point for finding any information online that the word “Google” became a verb.

Now imagine waking up one day, and realising that you’re not getting any results when searching on Google, and I mean any results at all. That’s exactly what was happening to a bunch of visitors to the Google search website yesterday, according to reports on Twitter, and complaints on the Google Web Search Help forum.

The issue resulted in any query entered into the search box on Google returning the error message that the query “did not match any documents.” Some reports mentioned that clearing cache, or signing out and back into their Google accounts solved the issue for them, while others mentioned that clearing the browsing history solved the problem for them.

Danny Sullivan from Google responded to people’s concerns and complaints saying “Hello everyone. I work for the search team at Google. We are looking into this, to understand better and get it resolved, soon. It’s been helpful those who have shared specifics about what seems to trigger it. The more details you can share, the better for us to track this down.”

Just an update: we believe this has now been resolved.

Fortunately, Danny Sullivan later tweeted that the company believes the issue has been resolved. If you were encountering the issue, it should’ve been fixed now, and if not, head over to the Google Web Search Help thread about the problem.