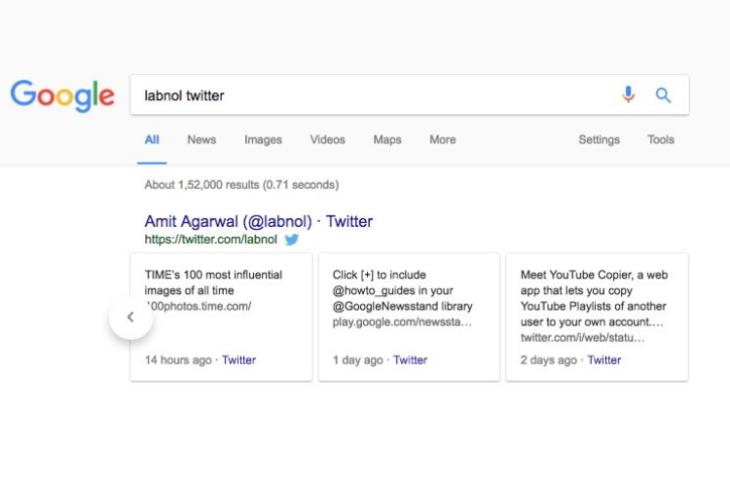 The recent widespread Bitcoin scam that gripped a number of high-profile profiles on Twitter seems to have greatly affected Twitter trust rating. Google has now decided to temporarily remove Twitter cards that appeared at the top of search results.

Yeah, the Twitter cards that appeared at the top of search results and directed you to newest stories, latest updates, and more are now gone. This was first spotted by SEO Consultant Brodie Clark over on Twitter earlier this week. The data from SEMRush and FiveBlocks confirms the removal of the Twitter blocks.

Previously, if you were to search for ‘Kanye’ on Google then you would see the latest news, followed by the singer’s latest tweets in a carousel. Now, as you can see below, you still see news stories at the top but Kanye’s Twitter account’s visibility has been demoted. It’s showing up way down in the search results and the carousel is missing.

Whoa, looks like Google has demoted the visibility of Twitter accounts in Google Search. Likely related to many accounts being compromised with the BTC scam. Main change I'm seeing is the removal of the prominent real-time tweet carousel format. pic.twitter.com/JQTC7RDn0c

The Twitter carousel has been removed for everyone, i.e the whole experience has been discarded for now. This is not just limited to accounts that were compromised in the Bitcoin scam. Hackers were able to gain access to close to 130 prominent accounts, including those of Bill Gates, Joe Biden, Elon Musk, and others on Twitter earlier this week.

Confirming the removal of the Twitter cards, a Google spokesperson said, “We can confirm we have temporarily removed the Twitter carousel from Search following Twitter’s security issues. Before restoring the feature we will carry out a careful review.” The Twitter cards in Google Search were a handy feature to dispense and discover information.

The search giant did not share a time frame for the review, so don’t expect to see and interact with tweets from your favorite celebrity or a trending topic in Google Search anytime soon. We will update you once Google restores the Twitter carousel back in search results.