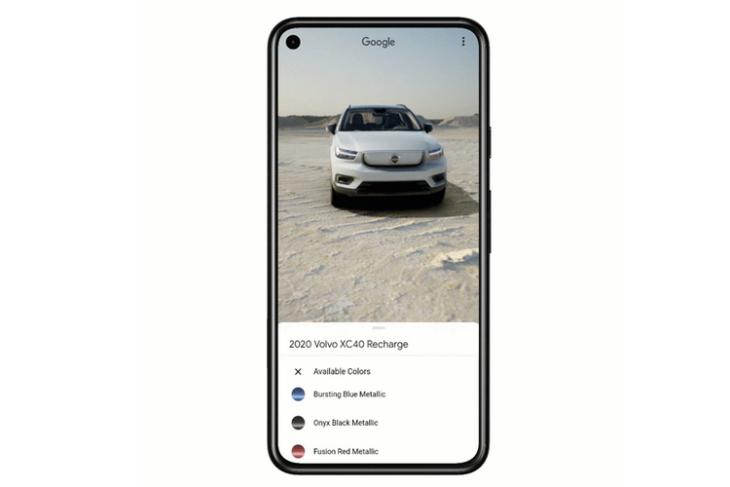 Google has long offered users the ability to view 3D AR models of animals via Google Search on compatible phones. At its Search On event, the company expanded this feature to support AR models of cars, along with improvements to Google Lens.

The feature will be convenient for users who are interested to check out the latest cars. “When you can’t go into stores to check out a product up close, AR can bring the showroom to you. If you’re in the market for a new car, for example, you’ll soon be able to search for it on Google and see an AR model right in front of you,” says the company.

According to Google, you can choose to view the same car in different color variants. Moreover, you can see the exact details both in the interior and exterior of the car. In fact, the company claims you can even view buttons on the car’s dashboard. By default, the car is shown in real-life land backdrops but you can bring the vehicle to your living room or driveway.

Google is initially testing these new AR car models in the U.S. For now, it will feature cars from brands like Volvo and Porsche. We expect the company to expand its availability to more regions and brands in the future.

Also announced at the event is the ability to discover new products based on an existing image on the Google app and Chrome on Android. The feature requires you to tap and hold an image and is now available on Android. It is also coming to the Google app on iOS soon.