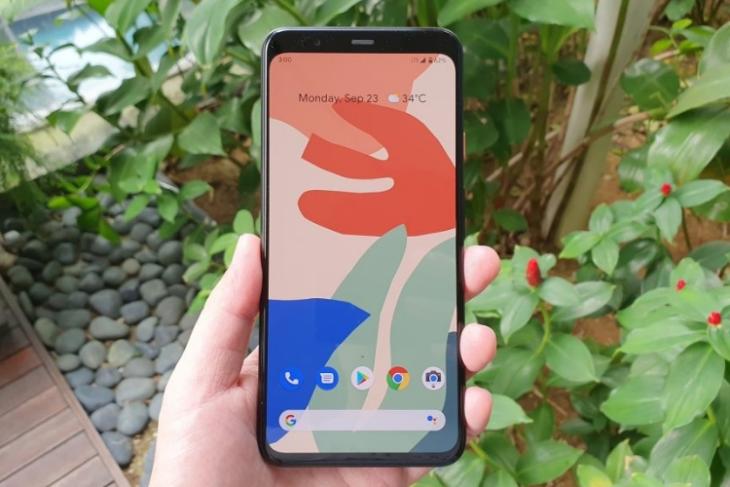 Just when we thought everything about the Pixel 4 has leaked, including the rumored prices, a new report has now surfaced suggesting that Google will also show off a 5G-enabled variant of the Pixel 4. It will be unveiled alongside the standard Pixel 4 lineup, which supports LTE, but won’t go on sale right away.

As per Nikkei’s latest report, Google has already begun “test production” of its new 5G variant whereas the 4G variants are already under mass production. We currently have almost no information on how the 5G variants will differ from the standard one, but it’s possibly going to use the same Snapdragon 855 chipset with the X50 modem in tow.

Sources aware of this development claim that Google will unveil the 5G-enabled Pixel 4 during its hardware event on 15th October, but the device won’t go on sale until Spring 2020. This means the company could announce when the 5G variant’s sale begins at its Pixel 4a launch event, i.e Google I/O 2020.

If Google does announce a 5G-enabled Pixel 4 at the event, then the report rightly says that it would be the first American phone maker to unveil a 5G phone. It is only Korean and Chinese phone makers including Samsung, Huawei, Xiaomi and others who actively have been launching 5G devices over the past few months. Google will trump Apple and become the first American tech giant to further the 5G connectivity agenda.

Other predictions from Nikkei include the leaked Pixelbook Go ChromeOS laptop and the long-rumored Pixel Watch. Yes, the report suggests that Google could finally announce a WearOS smartwatch and kickstart the segment once again – especially when its facing a ton of pressure from both Apple and Samsung. We also expect it to launch a new Nest-branded Google Home Mini at the launch event next week, so stay tuned for more info.