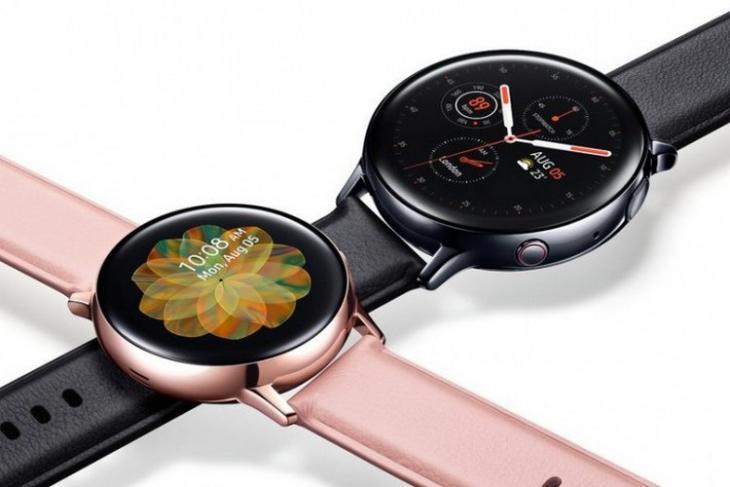 Samsung is expected to unveil the Galaxy Watch Active 2 alongside the Galaxy Note 10 next month, and a new report has now seemingly revealed some of its interesting features. According to SamMobile, the single biggest change to the device will be a touch-enabled bezel that will make navigation easier compared to its predecessor, which was often criticized for its clunky navigation system.

Believed to be codenamed ‘Renaissance’ internally within the company, the watch will apparently be offered in 44mm and 40mm options. According to the report, while the former will feature a 1.4-inch screen, the latter will come with a 1.2-inch display. Both will be of the Super AMOLED variety, protected by Gorilla Glass DX+ and, with a resolution of 360 × 360 pixels. The watch casings will also be built to MIL-STD-810G military standards for increased durability, said the report.

Among other details, the watch is expected to support Bluetooth 5.0, but there will also be a more premium variant with LTE connectivity. It will be powered by the same Exynos 9110 chip as its predecessor, but will have only 4GB of internal storage. While the Bluetooth-only model will pack just 768MB of RAM, the LTE variant will apparently rock 1GB.

According to earlier rumors, the Galaxy Watch Active 2 will also come with fall detection and electrocardiogram, which were first seen in the Apple Watch Series 4 devices launched last year. The device is also said to feature an eight-point PPG sensor instead of a four-point one to improve accuracy.

Photos of Samsung Galaxy Watch Active 2 Leaked at the FCC