Samsung has finally lifted the covers off its latest and greatest flagship, the Galaxy S9. The device is already up for pre-orders in various parts of the world, and is expected to go on sale on March 16. The Galaxy S9 is the world’s first smartphone to include Qualcomm’s latest Snapdragon 845 SoC, but the processor is only available in the US variant of the device. The global variant of the Galaxy S9 will be powered by Samsung’s own Exynos 9810 chip, which is arguably faster than the Snapdragon 845.

While the Galaxy S9 may seem like compelling buy at $719.99, there are a number of reason people might look for other options in the flagship smartphone space. In my opinion, even though Samsung got a number of things right with the Galaxy S9, there are a few other smartphones that do some things even better and could prove to be great alternatives. Here are the top 8 Galaxy S9 alternatives you can buy:

While the Pixel 2 XL has nothing on the Galaxy S9 when it comes to the display, it does have its fair share of advantages over the Samsung-made flagship. Google’s Pixel 2 XL comes with an industry-leading camera which has time and again proven itself against other competitors. 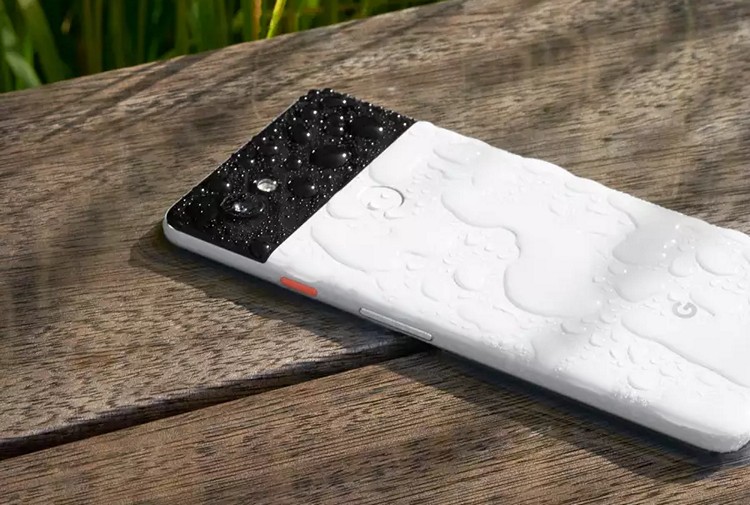 Even though the Galaxy S9 features revolutionary new camera hardware, Google has optimized its camera software so well, that its single, fixed aperture camera might even outperform the newbie. Additionally, the stock Android experience and prompt updates give the Pixel 2 XL an edge (pun intended) over the Galaxy S9. Moreover, the Snapdragon 835 and 4 GB RAM on the Pixel 2 XL make up for a super smooth experience. Well, if you are looking for a Galaxy S9 alternative, I think you can’t go wrong with the Pixel 2 XL.

Next on the list is Apple’s greatest iPhone till date (as always)- the iPhone X. While I’m not an Apple fanboy by any means, I do appreciate the craftsmanship that went into designing the iPhone X. The device has a beautiful edge-to-edge 5.8-inch OLED display (manufactured by Samsung) which is definitely, if not better, at par with the one found on the Galaxy S9. The A11 Bionic chip on the iPhone X is one of the fastest mobile processing chips and it has even managed to beat the Snapdragon 845 in benchmark results, making the device a formidable alternative for the Galaxy S9.

In addition, the iPhone X runs the latest software experience from Apple, iOS 11, which ensure prompt updates and after-sales support from the company. The smartphone is also a great alternative for users already immersed in the Apple ecosystem, as it provides unmatched connectivity between devices. However, Apple’s flagship, unsurprisingly, comes with a hefty price tag, which might be a deterrent for some. In case you’re put off by the price, you can even consider getting the iPhone 8 Plus, which also has great specs and features, minus the beautiful bezel-less display.

Chinese smartphone manufacturer Huawei’s current flagship, the Mate 10, is almost as good as it gets when it comes to Android flagships on a budget. It features Huawei’s Hisilicon Kirin 970 chip, which boasts of great AI capabilities, along with 4GB RAM. The Leica-branded 20MP+12MP rear camera setup is quite capable and delivers great high-res images with Huawei’s software optimizations. 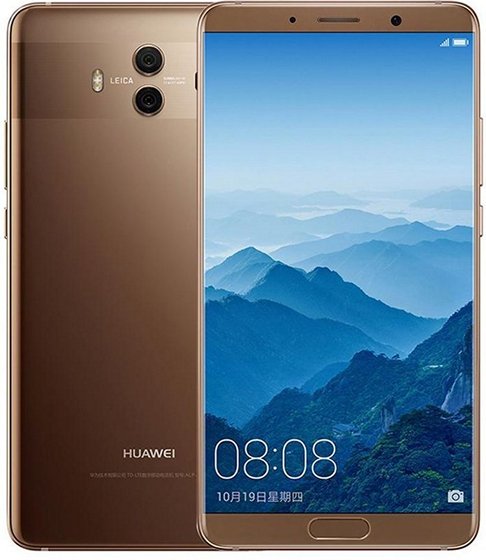 Another strong suit for the Huawei Mate 10 is the massive 4,000mAh battery, which will definitely last you longer than Samsung’s measly 3,000mAh battery on the Galaxy S9. However, as a matter of personal preference, I don’t like Huawei’s EMUI software skin,  which might also influence your decision to purchase the device. On top of that, the smartphone features a, now old school, 16:9 display which be a con for some buyers.

An iterative update of last year’s flagship from HMD Global, the Nokia 8 Sirocco features most of the same specifications as the Nokia 8. It’s powered by Qualcomm’s last-gen Snapdragon 835 chipset coupled with 6GB RAM and 128GB storage, so you can expect top-of-the-line performance. One of its main selling point is the Android One experience it offers. The flagship hardware coupled with stock Android is expected to have a positive effect on the performance of the device. 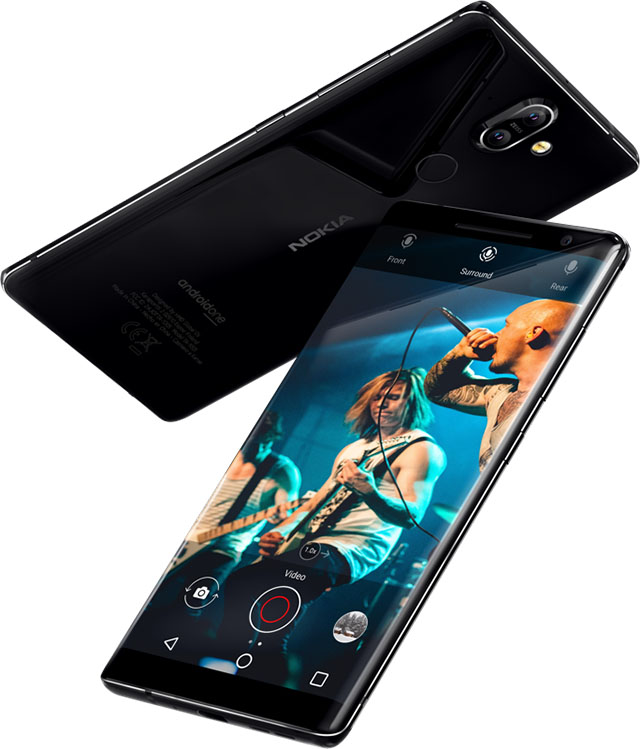 However, the device lacks a 3.5mm headphone jack, unlike the Galaxy S9, which can be a point of concern for a number of buyers. The devices comes with a 5.5-inch vibrant 1440p curved pOLED display which holds its own against the Galaxy S9, but its traditional 16:9 aspect ratio is kind of outdated for smartphones launched in 2018. In terms of optics, the smartphone features a decent 12MP+13MP Ziess-branded dual camera setup, but the 5MP front-facing camera might be a deal breaker for selfie enthusiasts.

The first smartphone from Sony’s stable to feature a bezel-less display, the Xperia XZ2, was recently unveiled at the company’s MWC event. The device sports a 5.7-inch FHD+ LCD display with an 18:9 aspect ratio. It includes the new Snapdragon 845 SoC coupled with 4GB RAM, so the performance should be at par with the Galaxy S9. But the Xperia XZ2 has a neat trick up its sleeve when it comes to the camera. 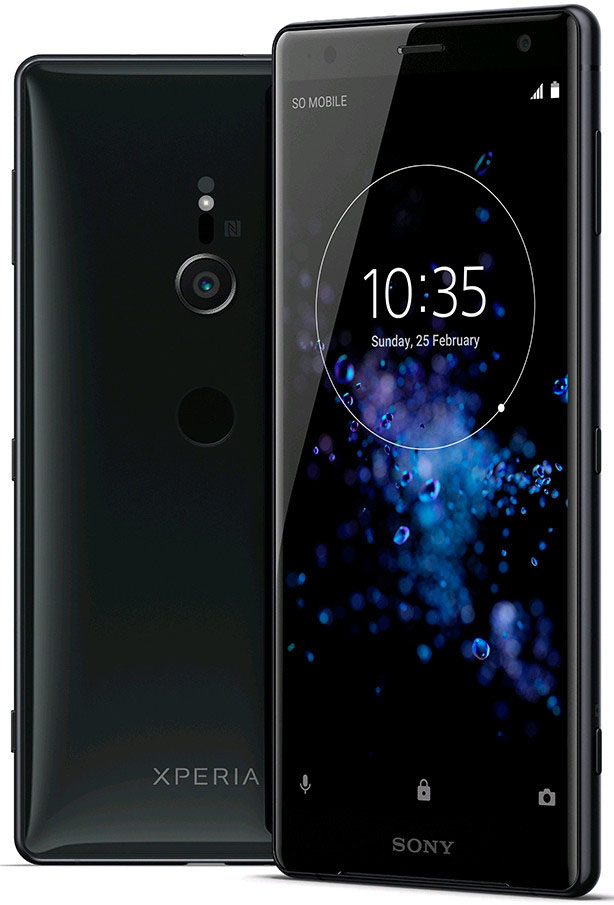 The single 19MP Motion Eye sensor on the back is capable of 960fps super slow-mo video recording at 1080p. In comparison, the Galaxy S9 is only capable of recording 960fps super slow-mo video at 720p. On the downside, the Xperia XZ2, also features a rather small 3,180mAh battery and runs on Android 8.0 Oreo. Since Android 8.1 Oreo has been out for quite a while now, buyers would expect new devices to feature the latest software, which shaves off some points for the Xperia XZ2.

You may call me biased, but the OnePlus 5T is my personal favorite of the lot. It has a lot going for it in terms of design and specifications. For the price, the OnePlus 5T is an unbeatable choice and it also checks off almost all the requirements you’d expect to have in a 2017 flagship. Hardware wise, the OnePlus 5T sports the Snapdragon 835 chip with either 6GB or 8GB RAM and 64GB or 128GB storage. It delivers great performance for its cost and it also includes a decent camera setup, both on the front and the back. 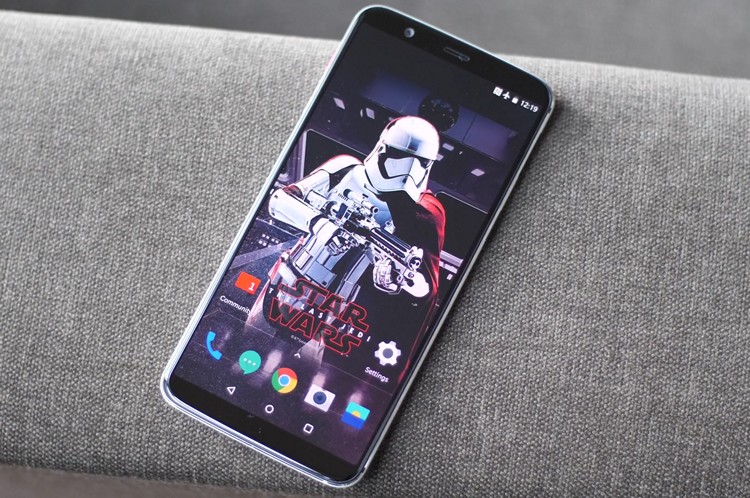 Even the software customizations that come with Oxygen OS are more useful than not and don’t take a huge hit on the performance of the device. Even though it just has a 3,300mAh battery, OnePlus’ Dash Charge technology more than makes up for the smaller size as it is capable of charging the phone very fast. The device does have its fair share of problems, but for the asking price, it doesn’t get better than this.

Another great smartphone to make it to the list is Samsung’s own flagship from the Note line- the Galaxy Note 8. In terms of specifications, the device features more or less the same hardware that’s on most of the other flagships in the list, however, the Note 8’s main selling point is its big beautiful display, its proven dual-camera setup, and the S Pen. 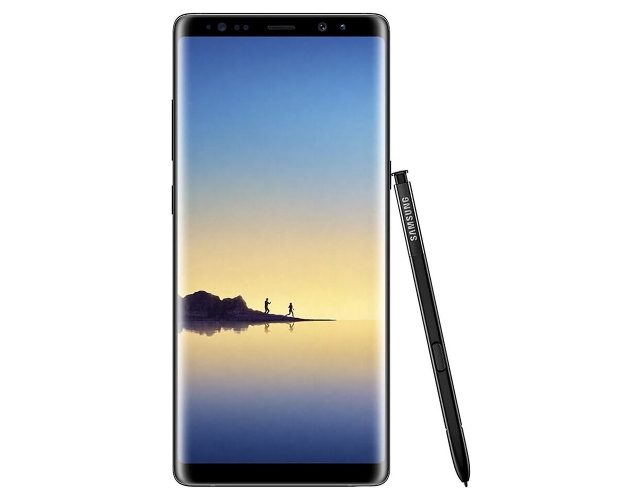 The S Pen customizations to the software combined with the large QHD+ Super AMOLED 6.3-inch display make the Note 8 a productivity powerhouse. While there’s no doubt that the Galaxy Note 8 is a great smartphone, it’s not for everyone. It has a rather large footprint, thanks to the big display, so users with small hands might have problems with one-handed use. The unimpressive 3,300mAh battery is also a matter of concern, as it doesn’t provide exceptional battery life due to the sheer size of the display it has to power.

Last, but not the least, Samsung’s own flagship from last year, the Galaxy S8. Since Samsung didn’t make much of a design change with the Galaxy S9, the older flagship is a decent alternative for those looking to save a few bucks. It obviously offers top-of-the-line specifications (from last year) and is a great buy for the price. With the Galaxy S8, you’ll get the beautiful Super AMOLED Infinity display in a compact form factor, which is quite pleasant to use. 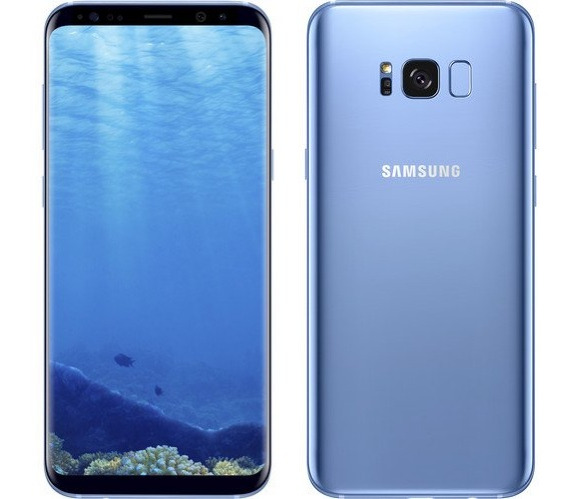 While the device is a decent buy for the current price, it comes with a small 3,000mAh battery which won’t last you more than a day on average use. Even though the device has a great camera, take note that it’s a year old and at this point there are a number of other devices which deliver better camera performance for the same price. Samsung’s Experience UI on the Galaxy S8 is also known to get laggy after a while, which is another major con for the device. On top of that, the weird fingerprint scanner placement might be a cause of concern for some buyers.

Which Galaxy S9 Alternative Are You Going to Buy?

The Galaxy S9 is definitely one of the best Android smartphones that will be released this year and there’s absolutely no doubt about that. Nevertheless, if you’re worried about its shortcomings, you might want to choose a different flagship from last year, or even wait for an upcoming flagship. All of the aforementioned smartphones are formidable competitors to the Galaxy S9, despite some of them featuring older hardware. However, there are a number of great launched coming up later this year; Google is expected to release the Pixel 3 devices, Apple will release its next ‘best iPhone so far’ and OnePlus is expected to release the OnePlus 6. We’ll update the list as and when new flagship smartphones hit the market to keep you up to date about the best Galaxy S9 alternatives.

Are you looking forward to buying a new flagship smartphone? Which Galaxy S9 alternative do you plan on purchasing? Let us know in the comments section down below.