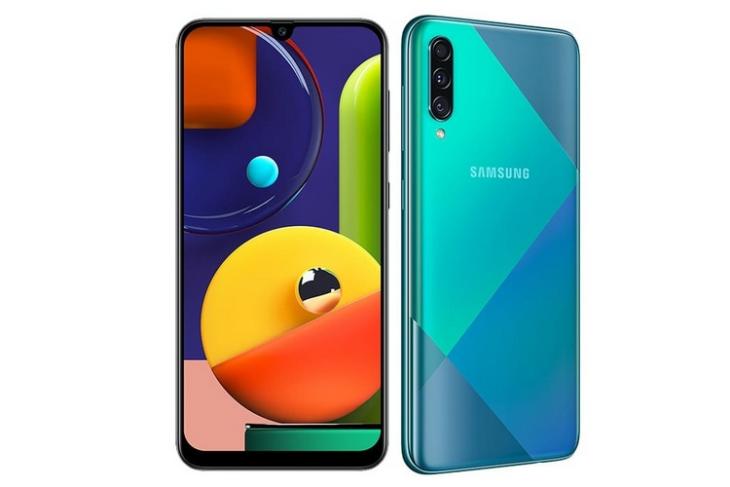 Samsung has officially announced plans to launch a new Galaxy A-series smartphone in India on Wednesday, September 11. In a tweet earlier today, the company said that it will launch a new Galaxy A-series handset in the country later this week, but did not identify the device itself. However, most observers are expecting the company to launch the Galaxy A50s, given that the company has been promoting the device on its India Twitter handle over the past few days.

The #GalaxyA series has evolved, and it is just 2 days away from its launch.
Follow this space to stay updated. pic.twitter.com/gH2BhdXdDD

In case you’ve missed some of the promos Samsung India has been running over the past few days, the company earlier tweeted a GIF that seemed to suggest that the Galaxy A50s will come with support for Samsung Pay – the company’s own payments platform that is operational in many countries around the world, including South Korea and the US.

This feature on the new #GalaxyA Series lets you shop securely using just your phone. Tweet the name of the feature using #GalaxyAContest and 3 Lucky winners stand a chance to win one Galaxy Fit each.

While rumors mills also seem to suggest that the company might also release a couple of more mid-range smartphones – the Galaxy A30s and the Galaxy A20s –  on the day, it’s best to take those assertions with a pinch of salt unless confirmed either by more reliable tipsters or by the company itself.

Unveiled last month as an upgrade over the Galaxy A50, the A50s comes with a Full HD+ (2340 x 1080) Super AMOLED Infinity-U display with a teardrop notch, the Exynos 9610 chipset, up to 6GB of RAM and up to 128GB of storage. It also sports a triple rear camera setup (48MP+8MP+5MP) alongside a 32MP selfie-cam. Other tech specs include an in-display fingerprint scanner, a 4,000mAh and Android 9 Pie out-of-the-box.