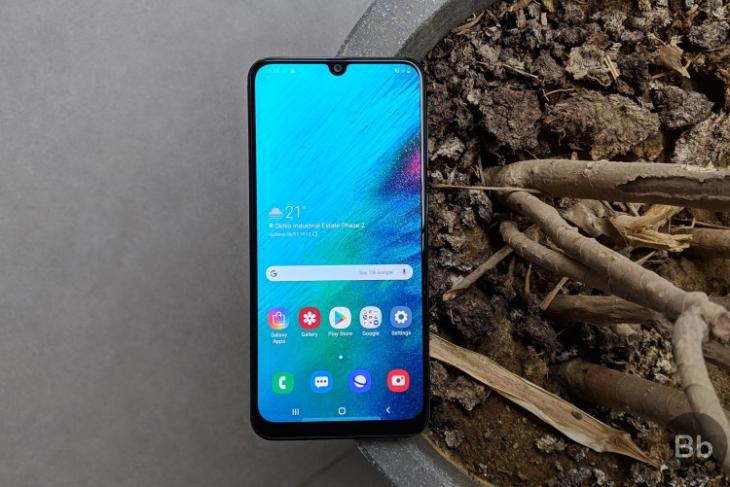 An unidentified Samsung smartphone has popped up on Geekbench with model number SM-A217F, suggesting that it might be the next mid-range handset from the company, the Galaxy A21s. The phone, which notched-up a score of 183 in the single-core tests and 1,074 in the multi-core benchmark, will seemingly be powered by the Exynos 850 SoC, have 3GB of RAM and run Android 10 out-of-the-box.

Given the disruptions because of the coronavirus pandemic, it’s anybody’s guess as to when Samsung will launch this device, but India will, very likely, be one of first markets to get it. Online chatter suggests that it might ship with a quad camera setup at the back with a 2MP macro lens for close-up shots. Apart from that, not a lot more is known about the upcoming device, but we’ll hopefully get more info in the days to come. 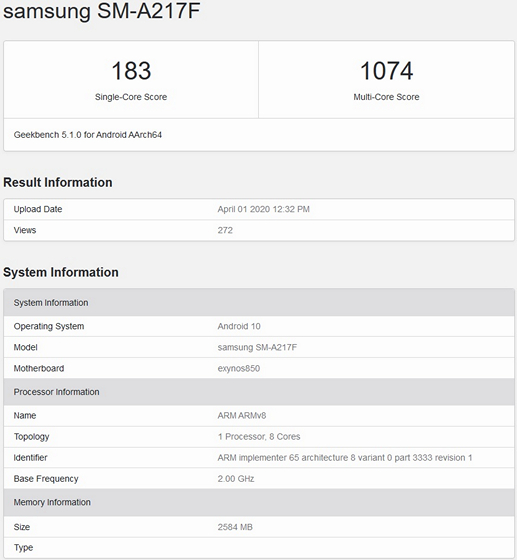 The latest development comes just a few short weeks after another lower mid-range Samsung device with model number SM-A215U popped-up on Geekbench. Rumored to be the Galaxy A21, the device managed to score 782 points in the single-core tests and 3,996 in the multi-core benchmark, suggesting that it might be slightly more powerful than the A21s. The listing also suggested that the phone will ship with the MediaTek MT6765V (Helio P35) SoC, 3GB of RAM and Android 10 out-of-the-box.

Either way, we don’t have any official info on either of the two devices as yet, but what we do know is that Samsung is working on multiple smartphones in the lower mid-range segment, so it will be interesting to see how these will be positioned vis-a-vis the Redmi and Realme phones that have been ruling the roost in that segment in India.