Skip to content
Home News When Will The Fortnite Season 11 Blackout End? 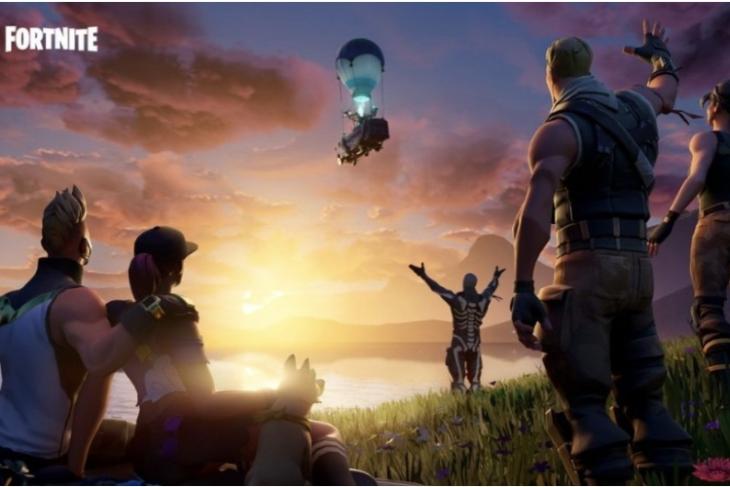 Fortnite Season 11 is coming, but a lot of you may not exactly know when. It was earlier expected to arrive last night but the game has given us a mysterious in-game black hole, which gulped down the entire battle royale map and players. It was a stunning sight that was created by the meteor being shot into the Zero Point at Loot Lake.

Well, we have now been staring at that black hole at the center of the screen (which also takes over the lobby) for over 12 hours. It was fun at the beginning. Over 2 million users were glued to their screen, including me, waiting for the black hole to hurl out everything it’s gulped and introduce us to Season 11. However, that hasn’t happened and we’re tired staring at the black hole. You can watch it right here –

There have been a number of conspiracy theories as to when the Fortnite blackout would come to an end. The black hole is spitting out a string of numbers every hour and well, it corresponds to The Visitor’s audio transcript — was tweeted out by Epic Games’ Creative Director Donald Mustard last week. So, it was initially assumed the game resumes when The Visitor’s (or Kevin, the cube’s) message was delivered, but sadly, it hasn’t.

If you’re curious about the numbers and message, well, you can see the tweet below to find what it says. Also, once the message was completed, the black hole itself got stuck inside a loop and has been sending the same messages again. Fortnite hasn’t shared any official updates and its Twitter account has been silent ever since the event started and a black hole appeared. So, when will Fortnite become available to play once again?

UPDATE: @Thooming has matched the numbers to the visitor audio transcript:

The full leaked line reportedly is:
"I was not alone. Others are outside the loop. This was not calculated. The Zero point is now inevitable."#Fortnite #FortniteChapter2

Well, Fortnite tipster @Lucas7yoshi seems to have the answer. He dug into the website code of Fortnite.com and discovered the start and end times for Season 10 Finale “The End” event. The code suggests that the black hole is going to stay on your screen until 6:00AM EST (3:30PM IST) on Tuesday. This means we would have to wait for over 24 hours to gain access to the battle royale game in a new avatar. And the black hole continues to make our lives miserable by not allowing us to enter the game.

I have independtly confirmed the authenticity of a discovery that points to "The-End" lasting until Tuesday, 6AM EST

This is not stuck in stone, this info is from https://t.co/0TDeMk7Bda code. pic.twitter.com/ElnNFKppWn

If you don’t want to consider the website code and would rather rely on a popular public figure – Fortnite streamer Ninja, well, he also dropped for when Fortnite returns. He has taken to Twitter to post a short video saying the word “Tacos” at the end and it could be hinting towards Taco Tuesday. Yes, Tuesday – when we expect Fortnite to make its much-awaited comeback. But Ninja has followed up this tweet with a new one saying “Or is it Minecraft Monday??? I don’t remember honestly” to only add to this confusion.

Here is your hint, and I’m not joking. pic.twitter.com/Tqh9dhFEEL

Now, one thing’s for sure. Fortnite is not going to be back online right away. Nor will it be online in the next couple of hours. If we piece together all of the hints, then it seems like Fortnite Season 11 could finally arrive at midnight on Monday, which is technically Tuesday. Or the website code could be correct too. In that case, Epic Games seems to be planning something big — a completely new map and gameplay style no one would have imagined. And it arrives early morning on a Tuesday.

The https://t.co/0TDeMk7Bda code was updated so the the-end thing has its end_time as Thursday at 4am EST

take it as you will pic.twitter.com/P6gYB7lWHw

I want you to believe that you will be able to play Fortnite within the next 24 hours, but I also believe in facts. And the website code has been updated to reflect that the event will end on Thursday – which I don’t think is plausible as Epic Games won’t take its renowned battle royale game offline for four days. It would be a tragic loss and users will eventually lose interest, as well as patience, and switch to competitors like Apex Legends or PUBG.

What are your thoughts on Fortnite’s black hole event? Bored yet? What do you think will be in-store? Let us know your thoughts in the comments below.