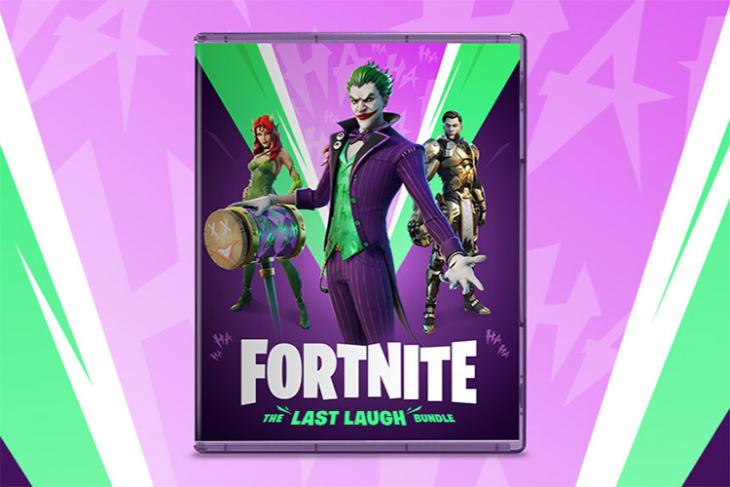 Fortnite is nothing if not an ever growing and changing game full of pop culture references and costumes. If you’re an avid Fortnite gamer, and maybe a fan of the Joker, well there’s some good news for you. Epic Games has announced a brand new bundle for Fortnite called ‘The Last Laugh’ bundle, and it brings some interesting Fortnite skins, emotes, and more.

The bundle includes the following items:

You will be able to buy the Last Laugh bundle on platforms including the PS 4, Nintendo Switch, and Xbox One. If you’re a PC gamer or if you play Fortnite on mobile, the company has said it will reveal details about how to purchase the bundle on those platforms in the near future. Moreover, Epic has said the bundle will also arrive on time for the release of the PlayStation 5 and Xbox Series X.

Fortnite has added a lot of skins to the game in its time. The game has seen skins from popular Marvel characters as well, including Thanos and Captain America. Moreover, reports suggest that the game will also add more comic book characters in the near future.

In case you don’t have it yet, you can get Fortnite from the PlayStation Store, Xbox Store, or Epic Games store for free. On mobile, however, the game was recently removed from both the Google Play Store and the Apple App Store.