As someone who writes for a tech company, an integral part of my job requires me to constantly take screenshots and annotate them for all the tips and how-tos. While Windows does offer a native method for it, it indeed is quite a hassle. Thankfully though, I recently discovered this gem of an app – Floomby. And trust me, it has literally changed the way I capture screenshots on my device. I’ve been using it for quite some time now, and I can tell you, it packs in a lot of features, in a very tiny package. So if you’re someone who finds the process of capturing screenshots quite hassleful, read on, as we bring to you a detailed review of Floomby:

Floomby is one of the best alternatives to taking a screenshot easily on your Windows system. While Windows does include a native way of taking screenshots (Win Key + PrintScreen), Floomby allows you to do much more than that. Let us take a more detailed look at all the key features of Floomby:

1. Multiple Ways to Capture a Screenshot

Floomby makes it quite easy to take a screenshot of your screen. It offers multiple methods to capture a screenshot. You can do it easily using your mouse, or if you’re someone who prefers the keyboard shortcuts, Floomby has got that note covered as well. The fastest and the most convenient way to capture the screen is by clicking both the mouse buttons together. Alternatively, if you’re a fan of the keyboard shortcuts, the following shortcuts would work well for you: 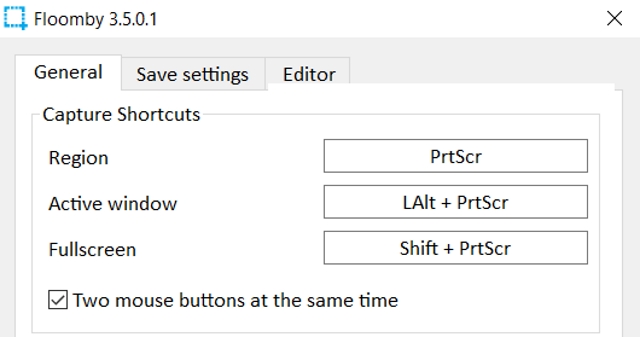 What’s more is that you can easily even customize these key shortcuts to your preferences. Oh, and Floomby is not done yet. If all this wasn’t enough, the software also allows you to take a screenshot from the comfort of your quick launch tray. Simply right-clicking on the Floomby icon will reveal you the options to capture a screenshot, as well as customize the software’s behavior.

2. Annotations and Much More

The whole idea behind taking a screenshot is to highlight stuff. While a simple screen-capture might be enough in some cases, usually some sort of annotation is required. Thankfully, Floomby offers an in-built annotation feature. Simply hold down the “Ctrl” key while taking a screenshot, and the editor will prop up. You can use this editor to add arrows or boxes in order to highlight stuff. 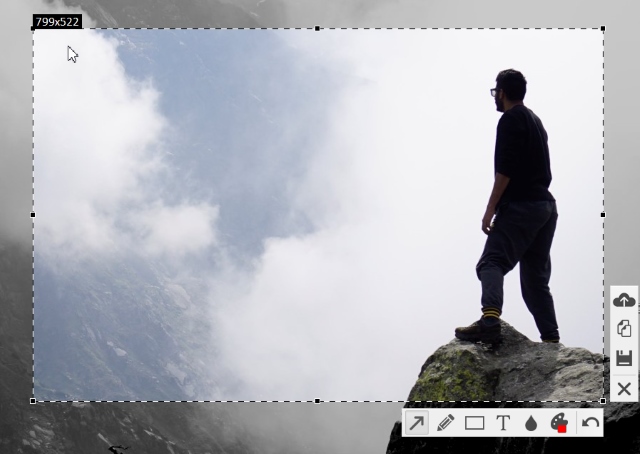 Also, in the software’s settings, you can even customize the editing screen to pop-up everytime you take a screenshot. For someone who heavily relies on capturing screenshots and then using a separate app for annotations, Floomby actually makes things quite simple.

One of the biggest issues with taking a screenshot natively on Windows is that the screenshot gets saved in the PNG format. Well, Floomby solves this issue by allowing the user to conveniently choose between saving in the PNG format or the JPEG format. Oh, and if you’re worried about sharing images, Floomby directly uploads your screenshots to its server for easy sharing. Pretty convenient, isn’t it? 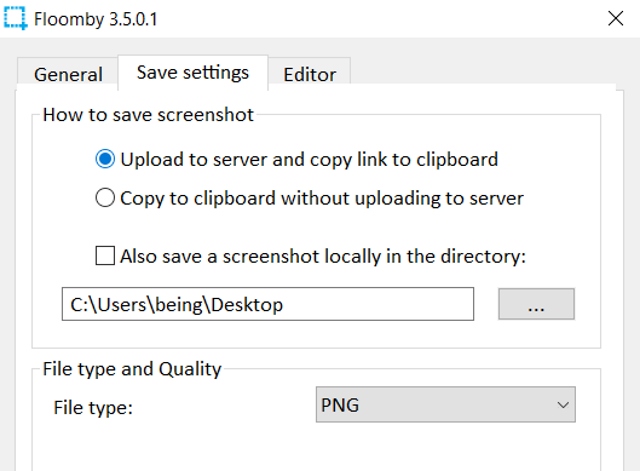 While there are many software out there that do add a lot of functionality to your system, most of them rely quite heavily on your system resources. Luckily though, Floomby is actually a pretty lightweight software.

The setup itself measures up just to be 2.3 MB. On my system, the app while running was utilizing merely a few MBs. Oh, and not once did the software die on me. Floomby proves to be highly reliable and allows you to conveniently multitask without worrying about the unnecessary usage of the resources by Floomby running in the background.

In the past, we’ve seen many software and apps that provide significant productivity to one’s system but are usually let down by a bad user interface. Thankfully though, Floomby has kept things simple and minimal. The software’s interface is very simple and allows the user to easily access all of its functions, and make optimal use of the software. That being said, running Floomby on my Windows 10 PC did cause some interface boundaries to display rather abruptly. While the UI is quite simple and much closer to the stock Windows experience found on XP/Vista, I wouldn’t mind a fresh interface, that would compliment the beauty of a system rocking the current generation of Windows.

Floomby is available for all Windows versions, including XP/Vista/7/8/10. And the best part is that it is completely free. Also, there are no ads here which can hamper your experience. The installation is pretty straightforward, and the app is quite user-friendly. Unlike other freeware software, Floomby doesn’t even require you to register anywhere. It’s meant for simple usage and really adds on to one’s daily productivity.

The process of taking screenshots on a Windows PC has really been simplified, thanks to Floomby. I’ve been using it daily for more than a week, and it has completely changed the way I used to take and edit screenshots. For me, it seems really hard to go back to the basic native method. And the best part about Floomby is that it is so lightweight, it almost feels as if it is an integral part of the Windows system and not a different software. Try it out for yourself, to experience the wonder that is Floomby.