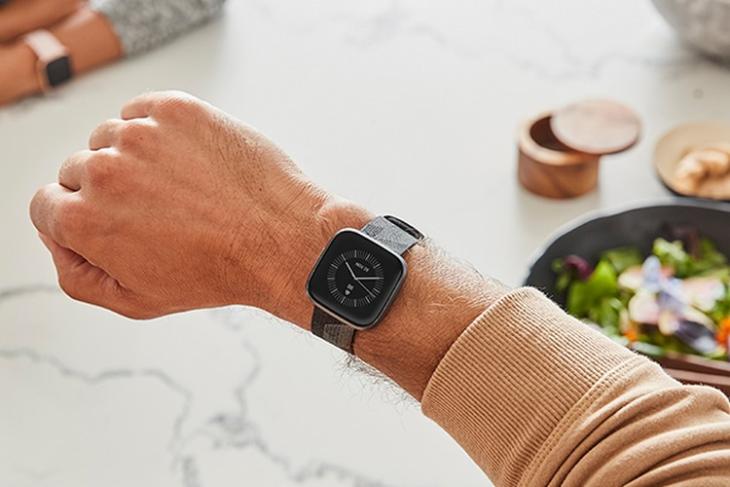 After announcing plans to launch a number of latest wearable models in India a few weeks ago, Fitbit has finally made available its flagship Versa 2 smartwatch in the country through various online and offline channels. The device went on sale globally last month after being unveiled weeks earlier.

The Fitbit Versa 2 ships with support for Amazon Alexa, enabling users to get weather info, control connected items, conduct web searches and more through voice commands. It is equipped with a swim-proof design and an on-device microphone. It also comes with Spotify integration, the company said in a statement. The device also comes with more than 15 exercise modes, including swimming, running and more. Fitbit is also promising battery backup of more than 5 days, as well as enough built-in storage for more than 300 songs.

In terms of specifications, the device comes with an AMOLED touchscreen and is compatible with both iPhones (4S and later) and Android devices (5.0 Lollipop and later). It is water resistant up to 50 meters, and includes a number of sensors, including a 3-axis accelerometer, Optical heart rate monitor, Altimeter, Ambient light sensor, Vibration motor and Relative SpO2 sensor for estimating blood oxygen levels

The Fitbit Versa 2 has been priced at Rs. 20,999 in India. It is available on Amazon India, as well as major offline retailers, including Reliance Digital, Croma, Helios, Landmark and more.

Alongside the Fitbit Versa 2, the company also launched the Versa 2 Special Edition, priced at Rs. 22,999. It is available in Navy and Pink with a Copper Rose aluminum case, as well as Smoke with a Mist Grey case.

Alongside the Versa 2, Fitbit also announced a new subscription service called Fitbit Premium that the company says will offer personalized coaching to help users achieve their health and fitness goals. It will be available through the Fitbit app that uses unique data to deliver Fitbit’s most personalized experience with actionable guidance and coaching to help one achieve health and fitness goals.

Fitbit Premium includes nine guided health and fitness programs that help users get more sleep, wake up energized and increase activity, claimed the company. It is available for Rs. 819 per month or Rs. 6,999 per year.