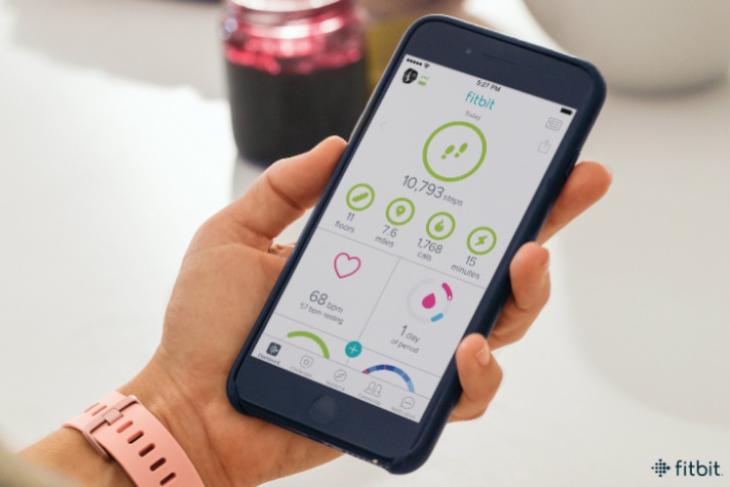 Post the acquisition of Pebble, Fitbit finally branched out from the fitness band ecosystem and has since launched two smartwatches – the Ionic and Versa. The company has today announced a major update for its smartwatch platform, Fitbit OS, that lays emphasis on the user’s health.

First and foremost, Fitbit says that they’re rolling out one of the most requested features – female health tracking – on the platform with this update. This means women will be able to keep track of their periods from the Fitbit.

Female health tracking, as stated in the blog post, will enable you to log all your periods, record symptoms, compare previous cycles, and see health and fitness stats under one roof. It will show when your next period is due and also predict upcoming fertile window in the mobile app, thus, making it easier to maintain your health.

This feature will allow you to better understand your period cycles and what effects it may have on your vitals. This important feature is already available on iOS and Windows apps and is expected to reach Android users next month.

Fitbit smartwatch users are also gaining a small but significant feature, Quick Replies. It will initially be rolled out to Android, showing you a list of 5 messages that you could select and send off to any of the messaging apps on your phone.

The text suggestions include messages like Yes, No, What’s Up and others, but they are customizable. You can pre-save your own quick replies, they just need to be under sixty characters.

Finally, Fitbit Ionic and Versa are also getting new health-centric apps and watch faces with this update. These are built using Fitbit’s SDK and are going to give some Fitbit smartwatch users an option to improve wellness and help manage conditions, like diabetes and some types of cancer. Speaking of the same, James Park, Fitbit co-founder and CEO says,

With our strong consumer engagement, cross-platform compatibility, and intuitive software and services we have become a wearable partner of choice for leaders across the healthcare industry. Together, we aim to inspire positive behavior change that can ultimately improve health outcomes and reduce costs.

Much like the Apple Watch, Fitbit smartwatches will now allow you to run companion apps for additional health tracking. The apps that have joined the company’s health ecosystem are Dexcom, Diplomat Pharmacy, Fitabase, Go365 by Humana, Limeade, One Drop, Sickweather, and Walgreens. So, it appears as though Fitbit is trying to target the health and wellness market with its smartwatch lineup as well.