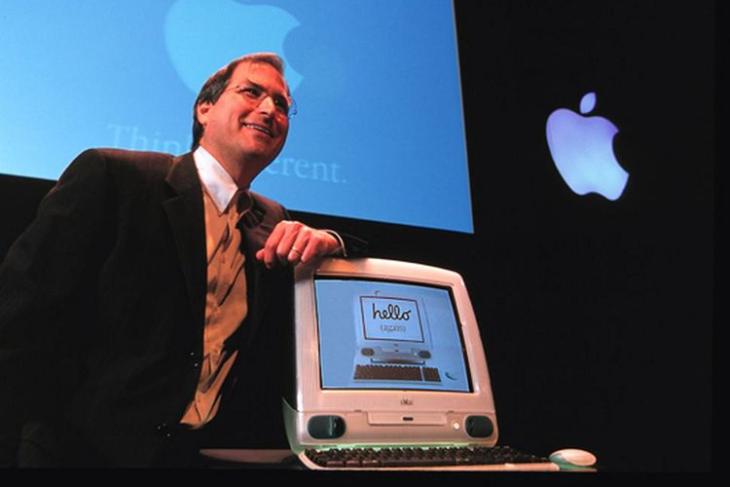 Twenty years ago on May 6th, Steve Jobs had unveiled the first-ever iMac computer that has since gone on to become a cult classic, and helped transform Apple from a struggling also-ran to one of the preeminent technology behemoths in the world. Following the success of the iMac, the company introduced a slew of new products and services like the iPod, iTunes and of course, the iPhone that have collectively helped it become the world’s most profitable corporation.

20 years ago today, Steve introduced the world to iMac. It set Apple on a new course and forever changed the way people look at computers. pic.twitter.com/GbKno7YBHl

The first-gen iMac was unveiled by Steve Jobs on May 6, 1998, a few short months after he was brought back to resurrect the struggling company. Jobs, notably, was fired in 1985 after the second-gen Mac was panned by the media for being an under-powered ‘toy’ next to its IBM rivals. Jobs had earlier overseen a slew of product failures, including the Lisa and the Apple 3, making the board’s job that much easier.

For the uninitiated, the iMac was a desktop PC, but it was nothing like any other computer ever seen before. In a day and age when just about all desktop systems typically consisted of an unwieldy CRT monitor and an accompanying beige box, the iMac brought a breath of fresh air from the design point-of-view by offering an all-in-one machine with curved, translucent plastic in several striking colors that look cool and immensely attractive even all these years later.

The device pioneered many industry firsts such as USB ports and FireWire, and what has since become an Apple trademark, removed the floppy drive in a move that proved immensely controversial at that stage. Described as ‘The most dramatically new Macintosh since the original’, the device was the first Apple product to be launched with the ‘i’ prefix that has since been used in the company’s mp3 players, smartphones and tablets.

The first-gen iMac was powered by a PowerPC G3 processor clocked at 233MHz, and ran Mac OS 8.1 out-of-the-box. It came with 32MB of RAM and had a 4GB hard drive.