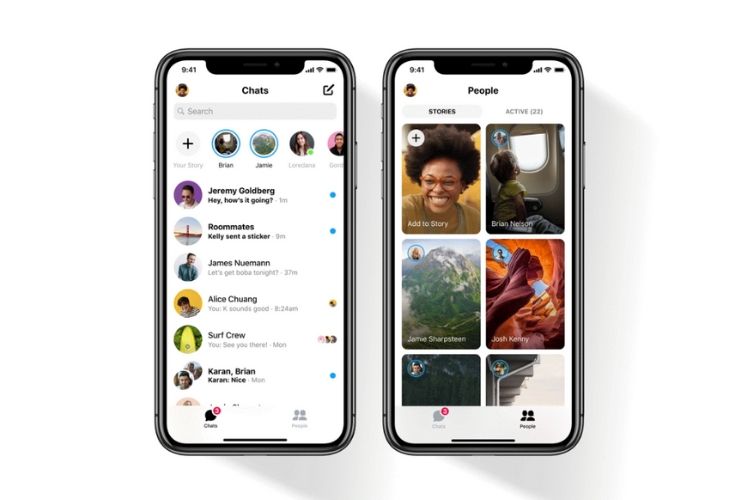 Facebook has rebuilt the Messenger app for iOS from the ground up, as part of its ‘Project LightSpeed’ revamp, which the company says will make for a “faster, smaller, and simpler” app that will “load twice as fast and be one-fourth its original size.” The new version of the app has just started rolling out on the App Store in the US and will be available globally over the next few weeks. There’s no word on when (or if) the Android version of the app will receive a similar treatment.

According to an official blog post from Facebook, the decision to redesign the app was taken because how bloated it had become because of all the features that had been incorporated over the years. The redesigned app, according to the company, will not only help users by being faster and more responsive but also helps the company’s engineers because they won’t have to build new experiences from the ground up.

As part of the revamp process, Facebook states it reduced Messenger’s core code by 84 percent, bringing it down from 1.7+ million lines of code to just 360,000. The company also states that it rebuilt the app’s features to fit a new simplified infrastructure. The deletion of a massive amount of code, however, means that a few of the Messenger’s existing features will be ‘temporarily’ unavailable, although, the company says it’s working to reintroduce them sooner rather than later.

According to Facebook’s engineering blog post, the company’s developers achieved the seemingly impossible task of redesigning the whole app from the ground up “by using the native OS wherever possible, reusing the UI with dynamic templates powered by SQLite, using SQLite as a universal system, and building a server broker to operate as a universal gateway between Messenger and its server features.” The company further mentions that redesigned codebase will also lay the foundation for private messaging and interoperability across apps.