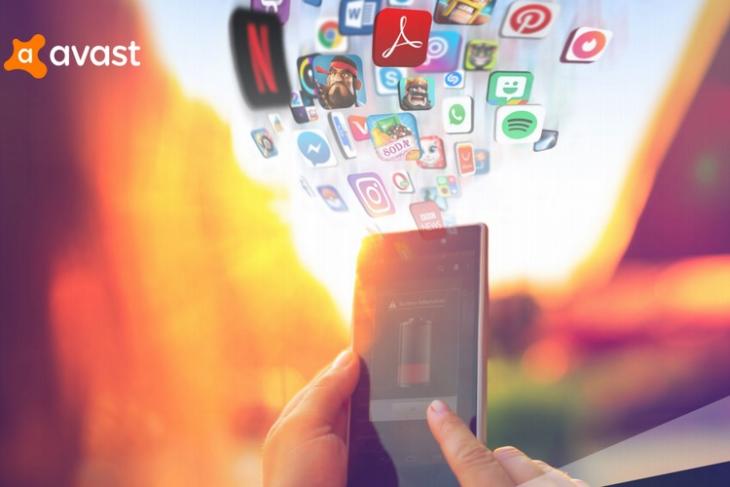 Avast has released its quarterly Android App Performance & Trend Report for 2017’s third quarter, highlighting the apps that are especially taxing on a smartphone’s system resources as well as users’ pockets through hefty data consumption. The list has been divided into two categories i.e. apps that automatically run in the background when a device is switched on, and those that have to be manually opened.

The list of apps that have the biggest impact on performance is entirely made up of apps from Samsung and Google, and they take the maximum combined toll on mobile data, storage and battery life. Samsung AllShare was ranked as the most performance degrading app, followed by Samsung’s ChatOn Voice & Video Chat and Google Play Music at the second and third spot respectively. 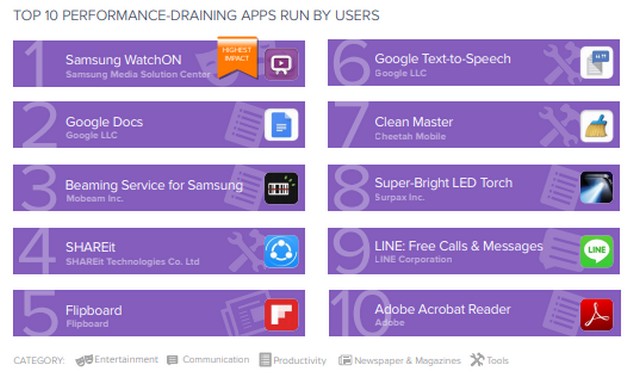 When it comes to user-run apps that take the heaviest toll on a smartphone’s overall performance, Samsung’s WatchON emerged as the most harmful one, followed by Google Docs and Beaming Service by Samsung rounding off the top three. 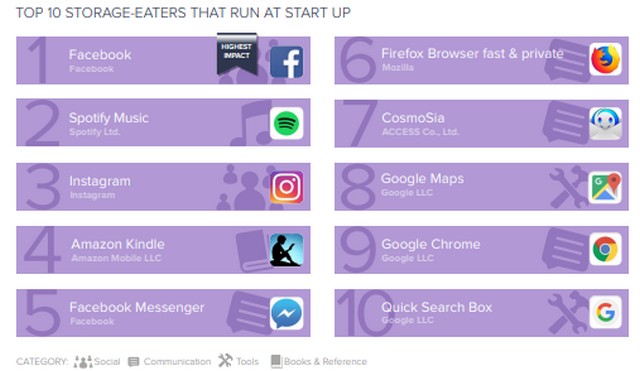 As per Avast’s report, the Facebook app takes up maximum storage among the automatically-running apps, while Spotify and Instagram are at the second and third spot respectively. The list is rounded off by the Amazon Kindle app at the fourth spot, while another Facebook offering, the Facebook Messenger app, sits at the fifth position. 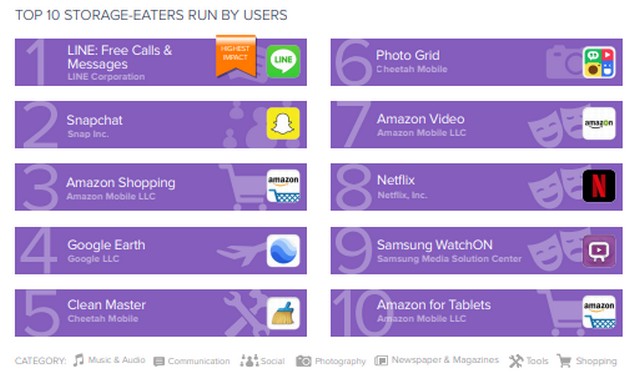 Line, Snapchat and Amazon Shopping are the top three user-run apps that occupy the highest amount of system storage. Surprisingly, Clean Master, an app that is used to clear junk files and optimize system space, emerged as the fifth most storage-heavy app run by users. 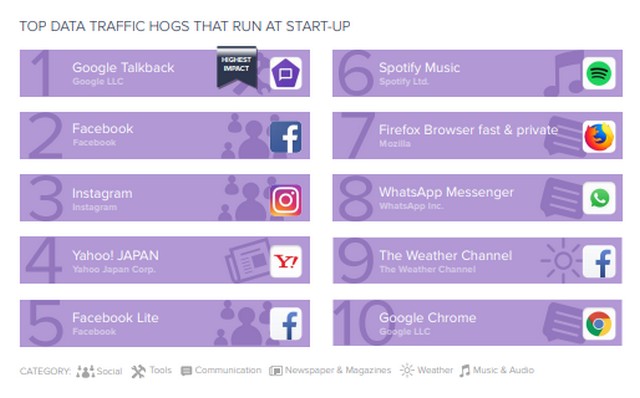 Data consumption is something most users despise, but the need to remain connected makes it something unavoidable. Google Talkback has been found to be the most data-greedy app by Avast, followed by Facebook and Instagram. Interestingly, Facebook Lite is at the fifth spot, despite being marketed as a lighter version of Facebook that consumes a minimal amount of mobile data. 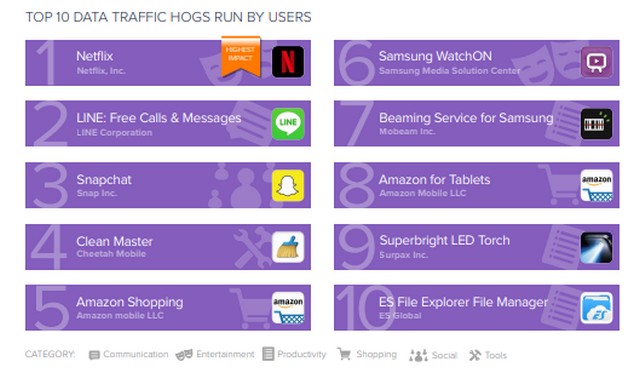 When it comes to data consumption by a user-run app, Netflix tops the chart due to high data tariff incurred by content streaming, followed by Line and Snapchat. Clean Master is at the fourth spot, thanks in no part to the ads served by the app, which is also the case with Superbright LED app sitting at the seventh spot.