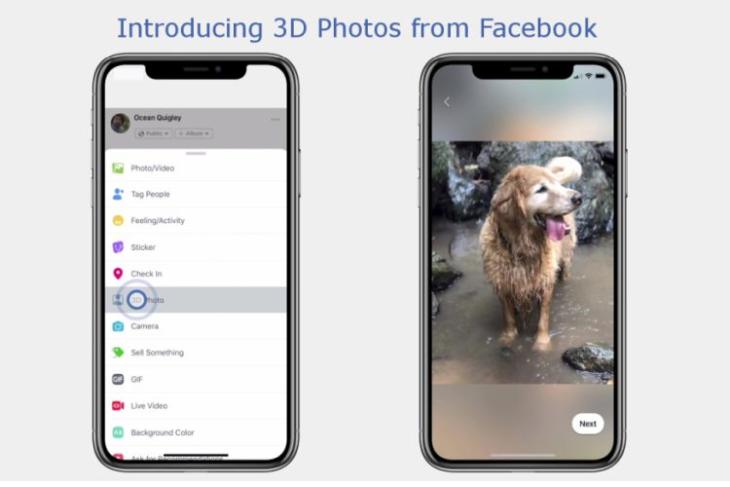 Facebook is rolling out 3D photos in News Feed and Virtual Reality (VR) to enable users to view and create 3D photos with life-like dimensions including depth and movement.

Users would have choices to adjust and experiment with creating multiple layers, contrasting colours and textures in order to create photos in 3D.

“Everyone will be able to see 3D photos in News Feed and VR today, while the ability to create and share 3D photos begins to roll out today,” the Facebook 360 team wrote in a blog-post on Thursday.

The technology behind 3D photos captures the distance between the subject in the foreground and the background.

“Just take a photo in ‘Portrait’ mode using your compatible dual-lens smartphone, then share as a 3D photo on Facebook where you can scroll, pan and tilt to see the photo in realistic 3D,”

The social networking giant would also allow users to view 3D photos in VR using the “Oculus Go” browser or Firefox on Oculus Rift by dragging, tapping or tilting their heads to experience the three dimensions in photos.

The feature would be available to everyone in the coming weeks.

“We’re listening to feedback on this new format and we continue rolling it out to everyone,” the post added.

The feature was announced earlier in May by Facebook, during its “F8” event.