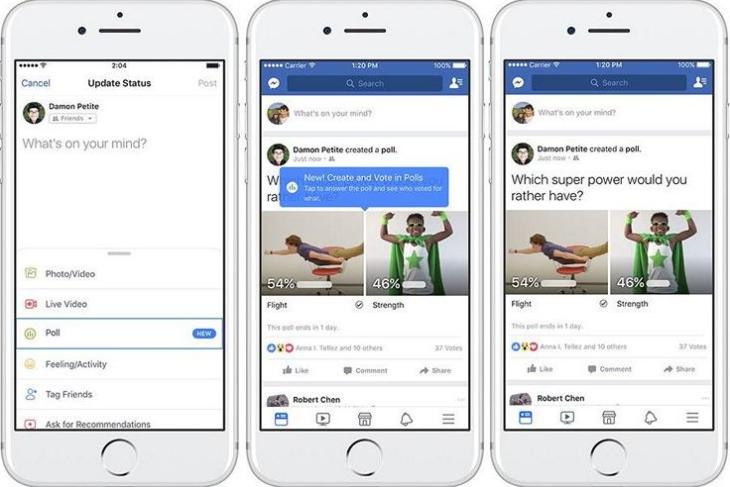 Online social networking giant, Facebook, is rolling out ‘Facebook Polls’ that will allow creators of the polls to suggest images or even GIFs as possible answers. The new feature will not only be rolled out to the company’s website, but also on its Android and iOS apps from today. Facebook’s actually been testing this new feature from weeks now, with many users already having reported getting access to the feature, but with today’s official announcement, it should finally be available to all users worldwide. 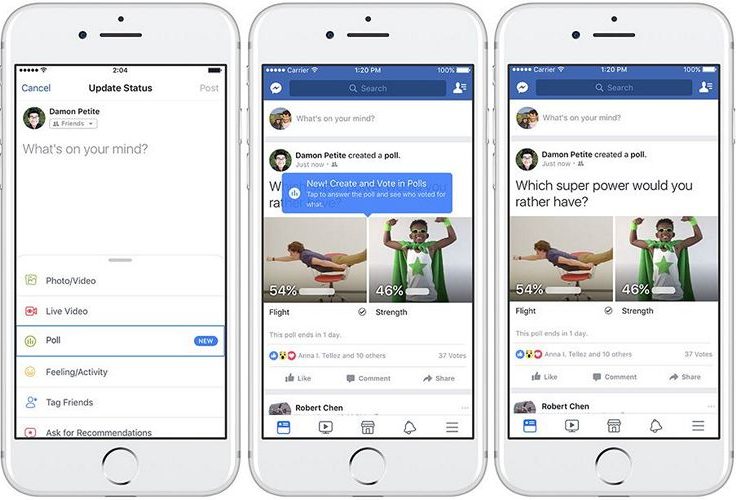 To create a poll, you’ll have to open the status composer on your profile or Page, select Polls, and enter your question. You’ll then need to select the two optional answers for your poll. What’s interesting is that you can also upload images or choose GIFs from an existing library, attach links to answers and, even choose an expiration date before posting the poll. The one thing that needs to be noted here is that, the answers are not anonymous, and everyone who votes can see the results.

Facebook’s feeds are getting increasingly arduous to sift through, and every new ‘feature’ is only making things worse. It will be interesting to see how much the load times will deteriorate for pages with several of these GIF polls, but it won’t be something to look forward to, especially on your mobile. But then again, this isn’t the first time that Facebook is trying something similar. The company originally started Facebook Questions back in 2010 before changing that into polls, but the feature was eventually shut down in 2012. Now that polls are back on Facebook, Zuck and his boys will be hoping that it’s more successful in its second coming.