Ever since Facebook (and it’s suite of apps) started ripping off Snapchat, the company has steadily been adding a stories feature to its apps in one way or another. There’s Facebook Stories, there are Instagram Stories, and there are stories in Facebook Messenger as well (which are different from Facebook Stories, by the way).

While Instagram Stories have been a huge hit, and Facebook Stories have also gained traction over time, I, for one, have not seen people using Messenger’s “My Day” feature… like, at all.

However, a new change to the way Facebook Messenger works makes me feel like the social media giant is getting rather desperate to make stories work out on Messenger as well, even if it means tricking people into posting their images on ‘My Day.’

Before I tell you what’s changed about Messenger, let’s take a quick look at the way Messenger used to work earlier.

Messenger Stories: How They Used to Work

Facebook wanted to make it easier for users to take photos and videos to share on Messenger, or post to their Messenger stories, so whenever you clicked a picture with the built-in camera inside Messenger, you got the option to add it to ‘Your Day’ apart from the plethora of annotation, stickers, and scribbling options the app showed up. 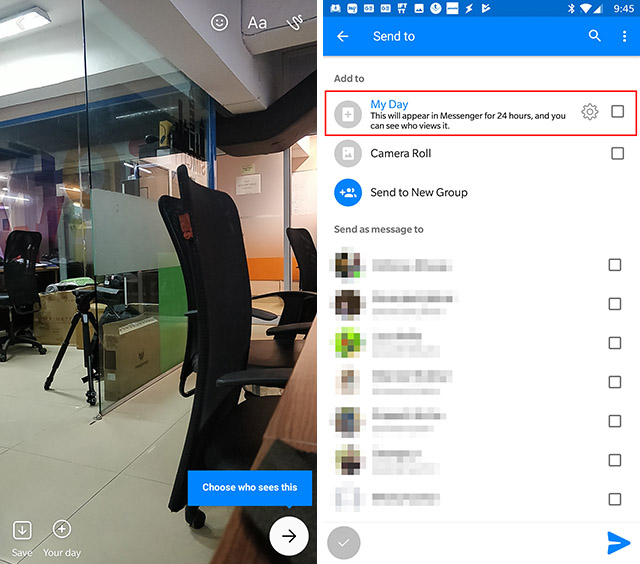 You could then tap on the arrow button to choose the people you wanted to share the photo or video with, and that was that.

Messenger Stories: How They Work Now

Now, however, if you don’t tap on the option to add the photo to ‘Your Day’ and choose to go ahead and share it in private messages with a Facebook friend or contact, Messenger checks the box next to ‘My Day’ by default — something a lot of users won’t look at while choosing the contacts they’re sharing their media with; or at least that’s probably what Facebook hopes. 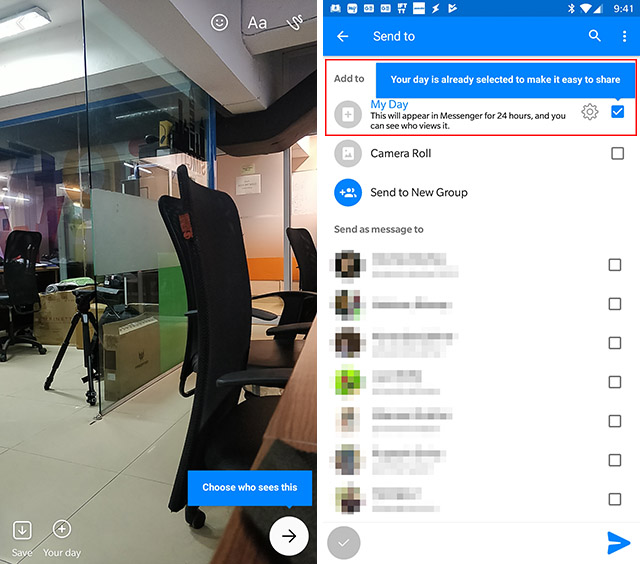 So, What’s the Problem Here, Really?

I’m sure at least some of you are wondering why it’s an issue that Messenger selects sharing to ‘My Day’ by default now. After all, it’s not like it isn’t possible to uncheck that option and not share the photo or video to Messenger stories, right? Well, right, but there’s still plenty wrong with this.

First and foremost, where a user chooses to share their messages, photos, and videos should be the user’s choice completely (choose being the operating word here), and with this new thing that Messenger is doing, the option to share media to Messenger stories has switched from being an opt-in feature, to an opt-out feature. No one likes opt-out features when it comes to privacy.

Second, and possibly something a decent number of people will fall prey to, is the fact that they’re accustomed to simply selecting the contacts they wish to share their pictures and videos with and hitting send. Most people probably check to make sure they’ve selected the right contact, but some people might not, and they’ll end up sharing the photos and videos with not only the contacts they chose, but also with their entire contact list, courtesy of Messenger’s “My Day” feature.

What Can You Do?

So what can you do, really? It’s not like you can just get off Messenger. Chances are most of your contacts use Messenger to communicate. If they don’t, well, getting off Messenger is definitely one of the options for you… an extreme option, yes, but an option nonetheless.

In more, er, less aggressive options, you can do the following two things:

If you want a foolproof, one time method, well follow the steps below: 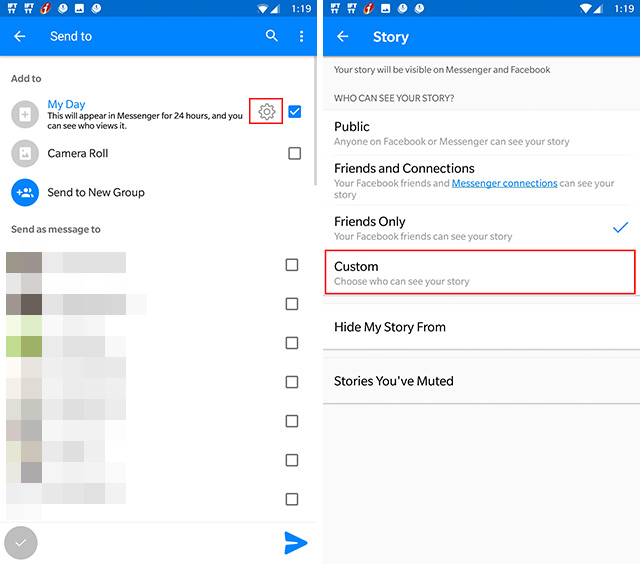 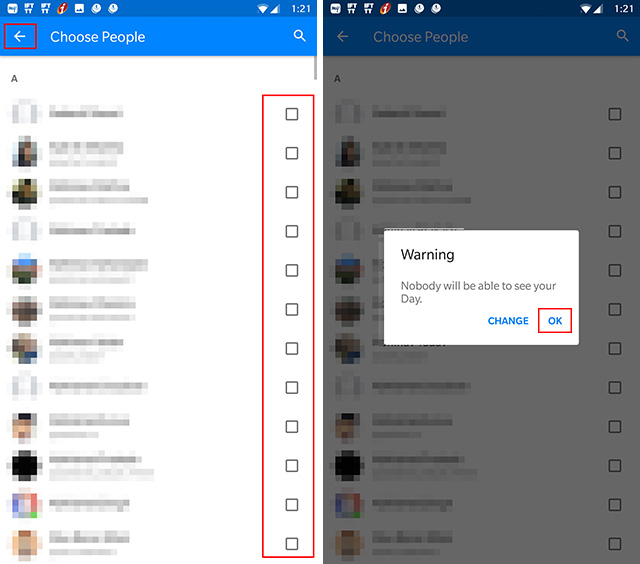 Now, you can let Messenger share those pictures and videos to “My Day” because no one has access to view your Messenger Stories anyway.