Skip to content
Home News Discord Sees Record-High Downloads, Thanks to the Growing Popularity of Among Us 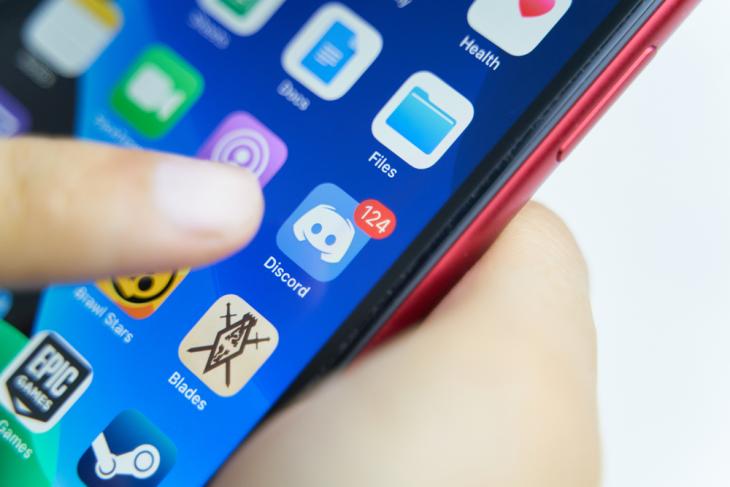 When it comes to voice-over IP (VoIP) apps, Discord has become a popular name in the market. Now, a layman might not know or have any use of Discord, however, it is pretty popular amongst gamers and streamers as it helps them to seamlessly connect with each other during gaming sessions. Now, according to recent reports, the mobile apps of the software have been hitting all-time high downloads in the Play Store and the App Store, thanks to a newly-popular video game.

As per a recent report by Apptopia analyst, Adam Blacker, the growing popularity of the cross-platform indie game, Among Us has pushed Discord’s mobile apps to hit all-time high downloads. The Innersloth-published game has become one of the “hottest” games on mobile right now, as per Blacker.

The game is all about team play and finding the ‘imposter’ hiding in the group. Here, you’re in a spaceship with up to 10 crewmates. However, among the crewmates, there is a certain someone who is trying to ruin their tasks and kill the members.

Now, whenever someone finds a dead body in the spaceship, there is an “emergency meeting” with the team members. In this scenario, you have to discuss the same with your teammates, either vocally or via texts, to single out the killer.

Most players usually find it convenient to gather friends and discuss the killings over VoIP apps and this is the primary reason for Discord’s download boom. “Discord has been hitting a new lifetime high for mobile app downloads every day since September 5th,” Blacker wrote in his report.

According to the chart below, the app was downloaded 800,000 times per day since the game, Among Us, started to pick up steam among users. 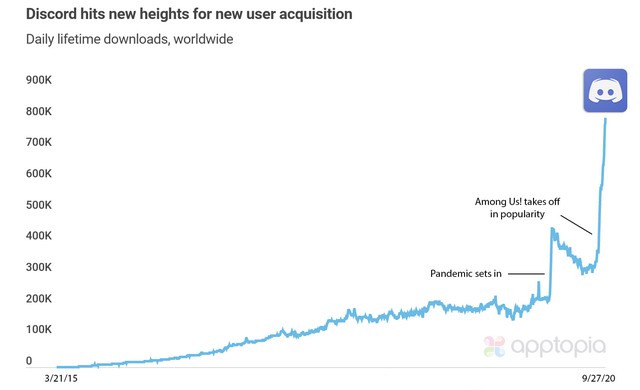 Blacker says that the US is the largest market for both the video game and the VoIP app and is responsible for 18.8% of all Among Us’ downloads and 21.5% of Discord’s downloads.

Apart from the fame from Among Us’ popularity, Discord also recently added one of the most useful features in its mobile apps.