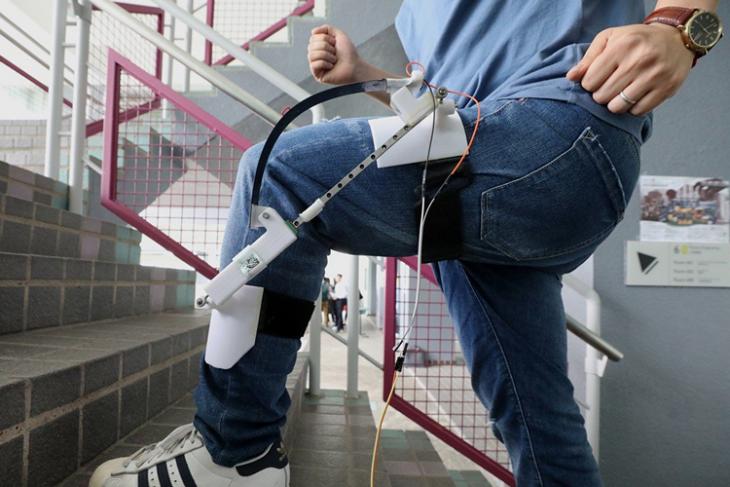 Do you feel frustrated when your smart wearable devices run out of juice in the middle of the day? Well, researchers from the Mechanical and Automation Engineering department of Chinese University have created a device that generates electricity as you walk.

The researchers have developed a “prototype harvester” capable of producing electricity from the motion of the knee joint. Notably, a four km/h walk produces 1.6 milliwatts of electric power.

“Scientists have so far been able to develop large devices, such as bulky harvesters linked to treadmills or riding bicycles, to use human motion for generating electricity. But our device weighs only 307 grams, which is just about the weight of a small bottle of water.”, says Liao Wei-hsin, a professor with expertise in the research.

The researchers say that garment manufacturers have approached them for equipping the device in sportswear. “We need to improve it further, to enable it to generate and store more energy and look smaller in size,” Liao added.

In terms of pricing, the device would cost around HKD $700, which roughly translates to Rs.6,000.

They also have plans to use the device in the medical field. “The harvester can be implanted inside a patient’s body to provide the energy required for a cardiac pacemaker. But for that, more research is needed.”, told the researchers.

In case you’re not aware, pacemaker is a device designed to control abnormal heartbeats. Currently, pacemakers run on battery that needs replacements through surgery every five to ten years.

So, what are your thoughts on this smart walk energy harvester? Tell us in the comments.

40 Cool and Awesome Inventions You Should Know About