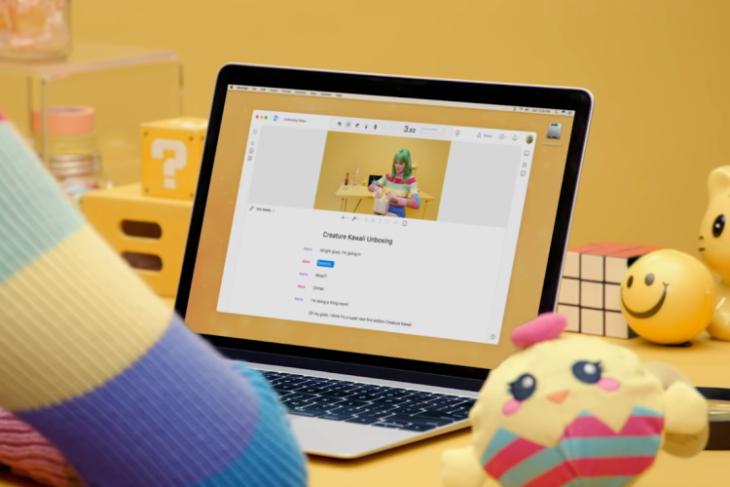 If you ever tried to make a proper video for any presentation for your office or for a YouTube tutorial, then I am sure you know the hassle of editing it. You have to cut, trim, add transitions, and do all kinds of stuff to get a good, shareable video. But what if I told you that video editing can be as easy as editing a text document? Well, “Descript” is a software that lets you do just that.

Designed as a powerful tool for video editing, Descript has all the major features of pro-video-editing tools like Adobe Premiere Pro or Final Cut Pro X. However, one feature that differentiates the software from the other options is Descript’s ability to transcribe your video into a full-fledged text document using your dialogues in the video.

Edit Your Video Like You Edit a Text Document

Once you add your video to the software, it automatically transcribes it to get the text document. And once that is done, it opens up an array of unusual editing methods for the user.

Delete Parts of Your Video With Backspace?

Delete “Ums” and “Kind Ofs” With Just a Click

Now, if you are that kind of a speaker who uses unnecessary fillers like “um”, “like”, “kind of”, “err”, or anything of that sort, then you are in luck. With Descript’s “Remove filler words” option, you will be able to delete all those “ums” and “ahs” with just a click of a button.

Use the AI-Based “Overdub” to Correct Yourself in the Video

The feature is called “Overdub” and it is sort of a revolutionary feature of the software. Descript is able to this with the help of its built-in AI.

Apart from these awesome features, the software also features a native screen-recorder to record your screen. And it also lets multiple users work on a single project by sharing relevant links with each other.

According to the CEO of Descript, Andrew Mason, the company’s primary goal has always been about helping users to edit videos and audios more easily. Now, with Descript’s unorthodox methods of video and audio editing, the company wants to introduce many new kinds of media creation tools for creators around the globe.

“Today’s creators have a healthy disregard for the traditional boundaries of content mediums — YouTubers make podcasts, podcasters are distributing on YouTube — and they need a tool that’s equally capable in audio and video. “Breakthroughs in AI enable the creation of this new class of narrative media creation tools — one doesn’t force a trade-off between power and ease of use. We’ve been building this foundation for over five years, and it’s finally here,” wrote the CEO.