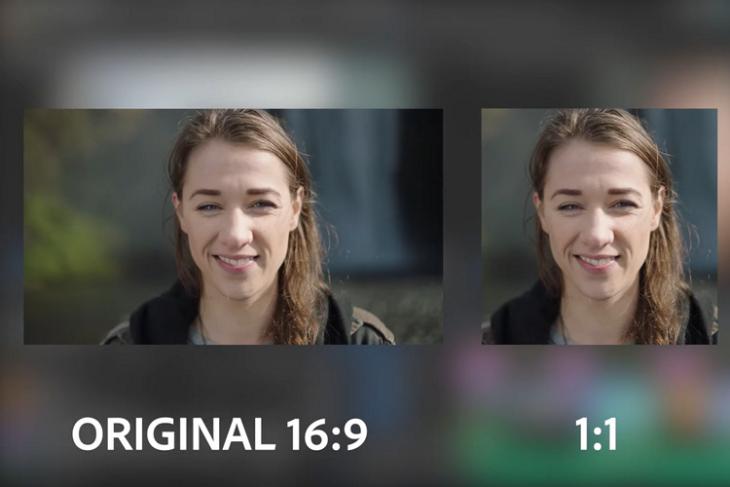 It seems like Adobe has finally come up with a powerful feature to compete against the likes of Final Cut Pro available in macOS. The feature I’m talking about is Auto Reframe, a feature that makes use of AI to automatically resize videos to fit in various video form factors so that you don’t have to deal with the hassle of manually resizing videos.

For instance, if you have a video that you are interested to post in different social media platforms such as Instagram, Instagram Stories, IGTV & YouTube, the feature will automatically do all the hard work for you and you can easily post the output videos in the social media platform of your choice.

The feature got announced earlier this week at the International Broadcasting Convention. Users are also provided with three motion presets – Slower Motion, Default, and Faster Motion to make the algorithm aware of the rate of movement to expect from the input video.

We will have to wait to witness how effective this new feature would turn out to be in real-world usage scenarios. We will be testing out the feature as soon as it arrives to check if it is as appealing as the company promises. It is expected to come later this year to Premiere Pro.

If this feature turns out to be as good as it sounds like, it would be a boon for a lot of video editors out there as they could focus on more creative tasks for making the video better instead of going through the tiresome work of fitting videos in the frame as per the platform’s guidelines.

So, are you excited for this new Auto Reframe feature? Share your thoughts with us in the comments.