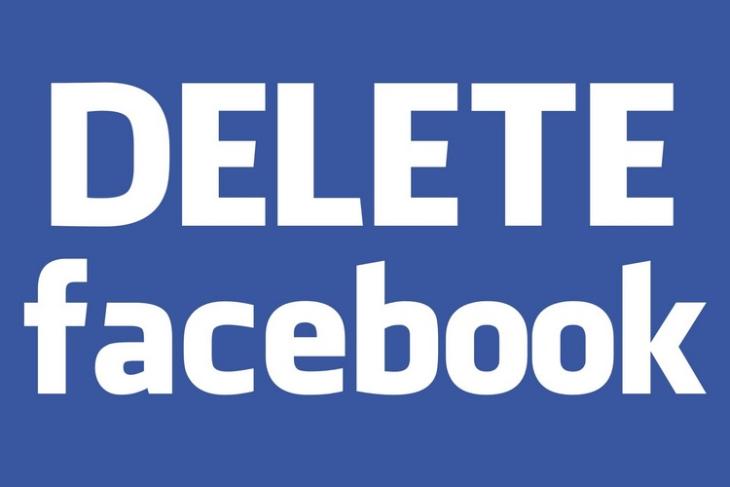 The #DeleteFacebook movement is still in full swing a week after revelations about the Cambridge Analytica data heist. The question on many people’s mind though is deleting Facebook enough? Does it put an end to all of Facebook’s tracking?

Notable ad-blocking company AdGuard has compiled a detailed report on Facebook’s data collection practices which addresses the above questions, and after reading the report, the answer is a big fat ‘NO’.

AdGuard points out that even if users deactivate and delete their Facebook account and uninstall the app, Facebook can still collect a huge amount of information through the Facebook Audience Network advertising partners. This data, collected through apps that use Facebook to show ads, can be linked to your identity by Facebook using other data pools and create a picture of you just through ads in apps.

Moreover, the user data collected by Facebook can be accessed by third-party apps since they are ones using Facebook Audience Network in the first place. These app makers can sell this data to anyone, such as the next Cambridge Analytica in waiting.

As per AdGuard’s report, even after cutting off all ties with Facebook website and app, the company can collect data through Facebook Audience Network, which is used by developers to analyse app usage and serving ads. The ‘user assessment’ task is handled by Facebook, which means Facebook can collect user data even through such third party apps – even if you yourself do not use Facebook to log in to these apps.

The apps can collect information such as Google Advertising ID, the unique ID for advertising, provided by Google Play services, which can be reset by users. In addition, some apps and their ad and analytics partners receive device information (OS, brand, model, screen resolution), language code and time zone, carrier name, information about states of the app i.e which activity you are performing.

As AdGuard points out activity names can get pretty descriptive and reveal what you are doing exactly. Finally, the apps also get your IP address, which can reveal your physical location.

AdGuard also tested the top 2,556 most popular Android apps in order to analyze the extent and nature of user data collected by them. It was found that 41% of the apps sent data to the Facebook Audience Network, which means Facebook has access to information like OS, smartphone brand and specs, language and timezone, carrier details and IP address to name just a few, even if you . 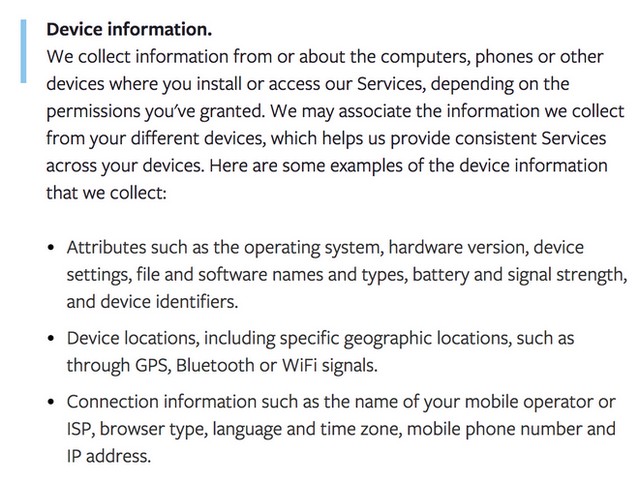 As per AdGuard’s report, Facebook Audience Network is the second-most widely used tracker as over 40% of the surveyed apps used this service. Google was the clear winner as its ad and audience tracker Google Analytics was used by well over 65% of the top apps. 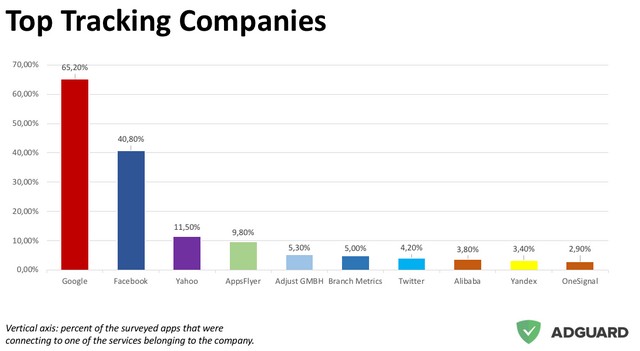