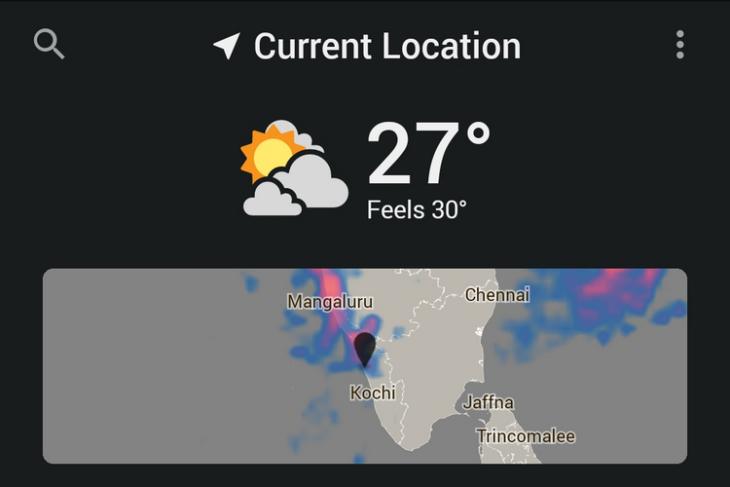 When Apple acquired weather app Dark Sky in April, the company announced its plans to discontinue the Android version in July. After a month’s delay, Apple discontinued the app in August. Undoubtedly, a lot of Dark Sky users on Android were not happy with Apple’s decision to deprecate the app and now, a developer has released a functional mod for Dark Sky on Android.

According to XDA’s report, a ‘prolific developer and reverse engineer’ developed the app. In case you’re wondering, that’s not Jane Manchun Wong. The developer is staying anonymous to avoid legal consequences.

Darker Sky is available to download from the developer’s Telegram channel. When you install the app, you might see Google Play Protect’s warning. That’s happening because the app doesn’t exist on Play Store.

The future of Darker Sky remains uncertain, however. In the best-case scenario, the app will function through the end of 2021 since that is the deadline for Dark Sky’s API for existing customers. It goes without saying that Darker Sky may stop working before that if Apple manages to pull the plug.

If you’re a hard-core Dark Sky fan who is not satisfied with any of the Dark Sky alternatives for Android out there, you could install the app right now and use it while it lasts.