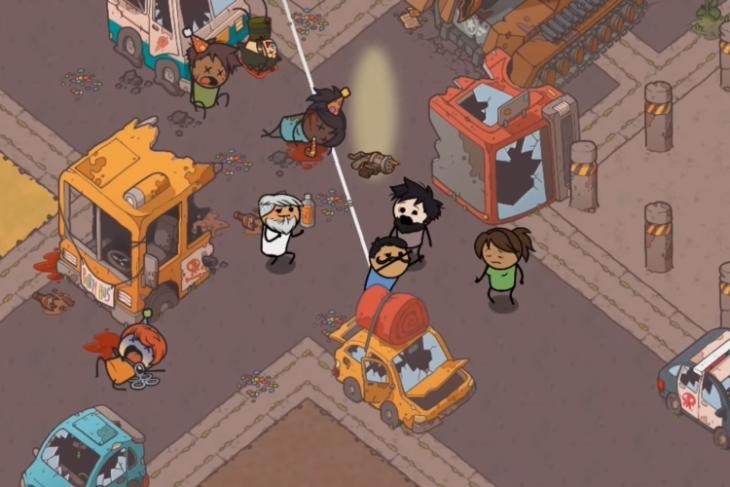 Battle royale is everywhere and at the PC Gaming Show at E3 2018 a surprise new player entered the fray. Creators of Cyanide & Happiness, the hilarious and often irreverent comic strip, will be launching a new battle royale game called Rapture Rejects.

Rapture Rejects will feature the same characters we have seen in Cyanide & Happiness’ comics, but this time instead of trying to outsmart each other, they have to battle it out to survive the rapture – a classic C&H trope.

Rapture Rejects is set on earth but God has abandoned humans and the result is a hellish setting where you have to kill every other person to win the game. The winner – or the person who kills the most – will gain entry into heaven, because this is Cyanide & Happiness after all.

Like many other battle royale games, Rapture Rejects will send in 100 players into a world and only one person can survive. Expectedly, you will have to look for resources to win the game.

Rapture Rejects is already listed on Steam, where you can sign up for an alpha, and the game will be available to play on Windows PC later this year.