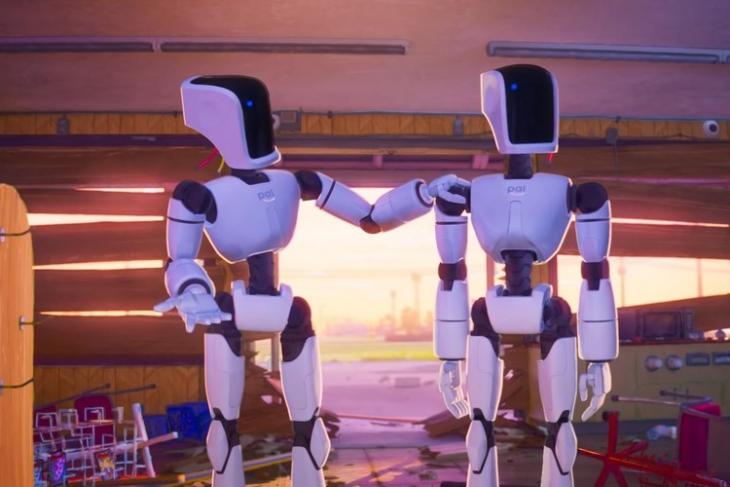 As AI and robotics continue to develop day by day, tech pundits are still concerned about the negative impacts of these technologies. As we are getting so much dependent on electronic devices, sometimes we forget that we are social beings and not social media beings. Sony Pictures’ upcoming animated movie, “Connected”, plans to explore this concept in-depth and want to warn us about what could happen if technology turns against humans.

The production company released the trailer of the movie on March 3. It starts with a man named Rick playing a video on his TV and reminiscing about the days when his daughter used to get excited to see him. Cut to the present-day scenario, now his daughter and son both stare at the screens of electronic devices all the time. So, to connect the family, Rick plans a cross-country family road trip. On the other hand, a newly invented army of robots rises to turn against humans. The trailer shows robots roaming in the streets and smart toilet seats launching off humans in the air.

Now, it is interesting to note that the movie is produced by Philip Lord and Christopher Miller. Both of these producers were responsible for creating the unusual animation techniques used in Spiderman: Into The Spider-Verse and The Lego Movie. Christopher recently tweeted about the movie and said that they have used “groundbreaking animation art style”. The film is directed by Michael Rianda, who worked as a creative director in Gravity Falls.

The movie will hit the theatres on September 18 and we cannot wait to watch it.