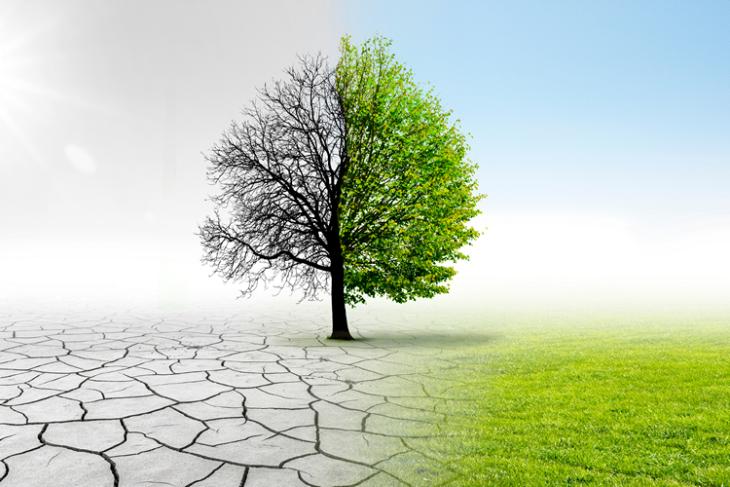 Researchers from the University of Montreal and Stanford University have come up with a model that visualizes the after-effects of flooding in order to raise awareness among people.

In a research paper, the researchers have demonstrated how the model generates the “after climate change” image based on the input image. The samples include an urban street’s view, a city’s view, and a suburban’s view on high, average, and low realism. Take a look at the image below. 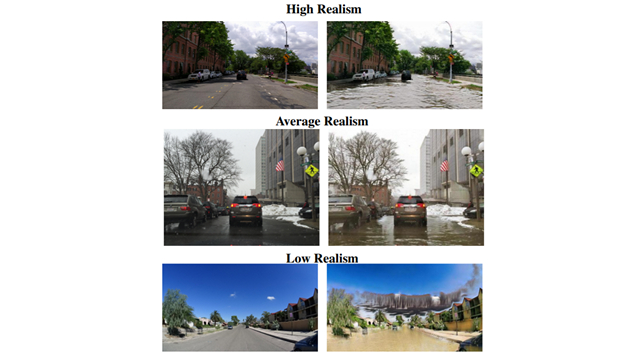 The project uses Multimodal unsupervised image-to-image translation (MUNIT) architecture to “perform cross-domain multimodal mapping between a street-level image without any flooding to multiple versions of this image under diverse flood styles, to visually represent the impact of climate change-induced flooding on a personal level”, wrote the researchers.

The researchers found the existing quality evaluation methods to have strong limitations and says that those techniques don’t correlate with human judgment. To get around this, they propose a new evaluatory method involving humans for evaluating the outputs. They then compare the results from the human-based evaluation and automated evaluation for determining the efficiency of the automated evaluation metric.

“While automated metrics are cheap and easy to compute, they need large sets of both generated and real samples in order to produce reliable scores, which even then are not comparable between different tasks. Human metrics, on the other hand, maybe more representative of human perception, but are more costly to compute and can vary depending on task design”, concluded the researchers.

With this project, the researchers plan to create an ML architecture that will generate the most realistic image representing the aftermaths of climate change with any given input image from Google StreetView. Similar climatic changes like tropical cyclones or wildfire are also expected to be represented by this project in the future.