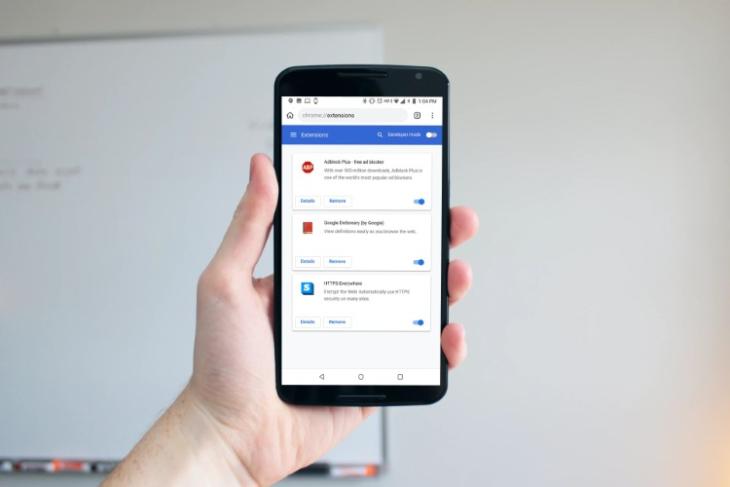 Kiwi Browser and Yandex Browser are the two web browsers that currently lets you install Chrome extensions on Android. While Brave browser is working on the feature slated to release sometime this year, a new report suggests that Kiwi developers might be working with Samsung and Google to bring its extensions support to all Chromium browsers.

The development comes just a few weeks after Kiwi browser went open-source and joined the likes of Chromium and Firefox. “Everything is released, including extensions code, no strings attached. You are even allowed to integrate Kiwi in your commercial browser (yep, even encouraged to use code)”, wrote Kiwi’s developers this April.

As reported by 9to5Google, developers are working to upstream changes related to extensions to make it closer to Chromium. What this means to the end-user is that you may soon witness widespread adoption of extensions on Chromium-based browsers.

Apart from that, there are at least “3 variants of Kiwi that are getting born right now, including with a very very large OEM”. A recent commit made by a Samsung employee on Chromium Gerrit suggests that Samsung might be the large OEM mentioned here, but it’s too early to speculate.

However, it is worth noting that Samsung already supports Web Extensions starting with Samsung Internet 11, although in a restricted Samsung-exclusive manner. It is possible that Samsung is working to incorporate the standard to ensure access to a wider library of extensions.

It will be interesting to see the Chromium-based projects that would get on board in this initiative. I won’t expect Google Chrome to be the early adopter though, since they could’ve added the feature years back, if they really wanted to.