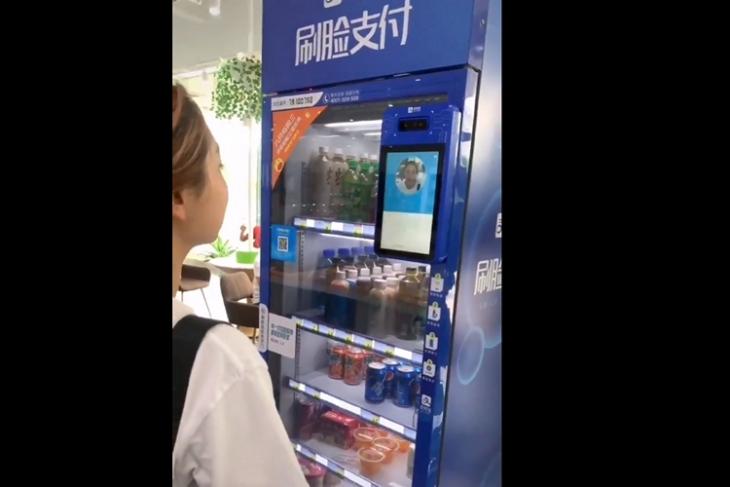 A TikTok video has surfaced online that shows how a Chinese woman was able to unlock a vending machine using just her face. This eliminates the need for carrying cash, card, or even a smartphone for getting yourself a cold drink.

The video was spotted by Matthew Brennan, a speaker in China who took the same to Twitter. In the video, the Chinese woman was able to gain access to the vending machine by simply standing in front of it and showing her face in the vending machine’s camera. Take a look at the tweet below.

However, there is no clear information regarding how the dues are cleared since the video doesn’t show details of payment. I guess it would be more like a credit service which you will have to clear out by the end of the month.

It is worth noting that this works only if the person uses an ID issued by mainland China. He has also tweeted a video of a non-Chinese man getting denied to access the vending machine since he did not have a Chinese ID. The vending machine threw an error message as follows: “Error message Z6100: This account’s real-name verification is linked to a non-mainland China ID.”

Apparently, Chinese citizens are either willing or are being forced to use these innovative solutions to make their daily life a bit more convenient. So, will you consider using a vending machine with face recognition system linked with government IDs to get rid of cards or smartphone wallets? Let us know in the comments.