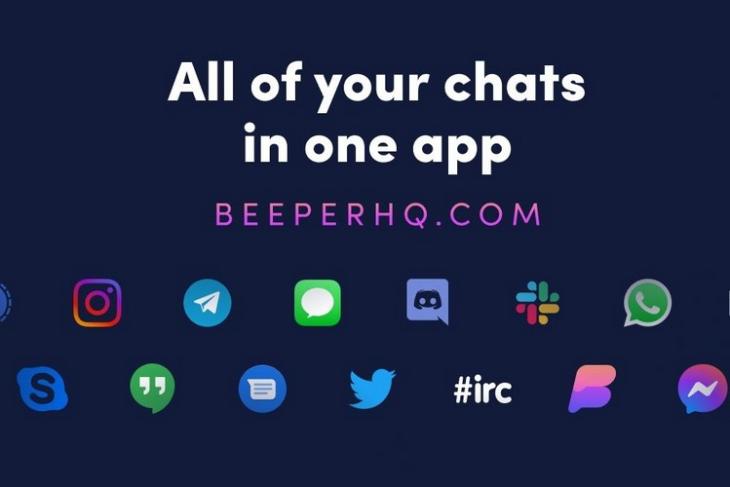 To simplify the social-messaging experience of users, the former CEO of smartwatch brand Pebble has created an all-in-one platform for 15 of the popular chat apps in the world. Dubbed as “Beeper”, this new platform is created by a team that includes the co-founder of Pebble, Eric Migicovski, who claims that the service will allow users to use Apple’s very own iMessage on Android, Windows, and even Linux.

Now, if you are unaware, iMessage is an Apple-only service as it solely works on the company’s own devices such as iPhones, iPads, and Macs. It is the part of the closed ecosystem which Apple is known for and as a result, the app has never been available for Android or Windows users since its launch.

However, with Beeper, Migicovski states that you will be able to access iMessage on your Android, Windows, or Linux devices “using some trickery”.

And yes, iMessage works even on Android, Windows and Linux using some trickery 🙂

Going into the FAQ section of the platform, the team states that it “was a tough one [issue] to figure” but they discovered that if a user installs the Beeper Mac app on a Mac device that is always connected to the internet, the Mac “acts as a bridge” for Beeper to run iMessage on literally any platform.

Now, if you do not have a Mac that can be connected to a network at all times, then the company will send you a jailbroken iPhone with the Beeper app installed. So, you will be able to use the jailbroken device as the bridge. And if you think that the company is joking about sending you an iPhone, Migicovski later confirmed in a comment that this initiative is actually real. This means you will not only get iMessage support on more platforms but an older-gen iPhone as well.

Apart from supporting iMessage, Beeper supports a host of other messaging services including almost all the popular ones such as Facebook Messenger, Instagram, Twitter, Signal, WhatsApp, and even the work-focused Slack.

You can find the entire list of supported messaging services right below:

Now, do keep in mind that Beeper is a subscription-based platform with a monthly subscription fee of $10 (~Rs. 730). We cannot confirm if this price includes the jailbroken iPhone or not, but it most likely should. You can check out Beeper on its official website and sign up for the service from this link.