While mirrorless cameras have been doing the rounds lately, a large portion of the world still prefers DSLRs. What’s more is that if you’re an aspiring photographer, a DSLR is a much better method of embarking on your photographic journey. Now, in the world of budget or entry-level cameras, Canon has undoubtedly made a name for itself, offering great options such as the Canon 1300D or the Rebel T6. However, with time, things must be upgraded, and the company has rolled out the successor to it, the EOS 1500D.

Priced at Rs. 37,990 for the Kit Lens Combo of both (18-55mm + 55-250mm), the Canon EOS 1500D is a great camera, offering plenty of budget-oriented features along with a design that makes it perfect for a lot of amateurs as well as professional users out there. But is this the perfect choice for your first DSLR? Let’s find out, as we take an in-depth look at Canon’s latest budget offering, in our EOS 1500D review:

The Canon EOS 1500D comes as the successor to the older Canon EOS 1300D, and the camera does improve slightly on the specs front. Before we get started with the review, let us get the specs out of the way:

Targeted for budget consumers, the Canon EOS 1500D comes as a complete package, offering them everything they’d need to get started on their DSLR experience. Along with the camera and the kit lens, you also get a pair of straps and caps. Here’s the full list of the box contents: 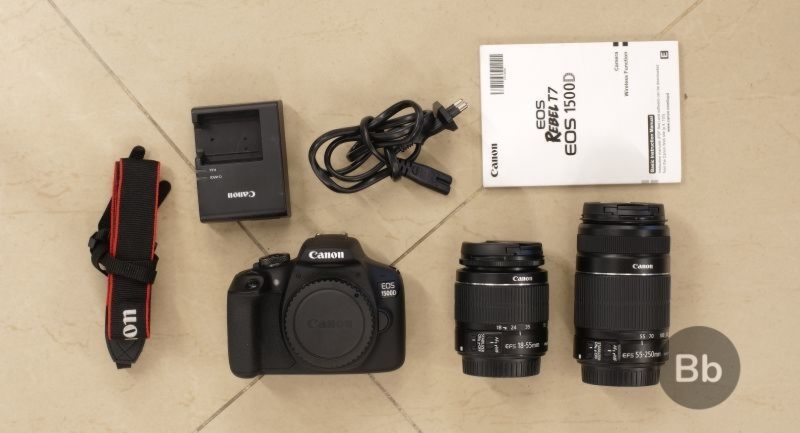 The Canon EOS 1500D comes off as the successor to the 1300D but features pretty much the same design language. Apart from the ten grams that have been reduced with the newer 1500D, the overall placement of the buttons and the dials is still the same. And honestly, I actually like that. 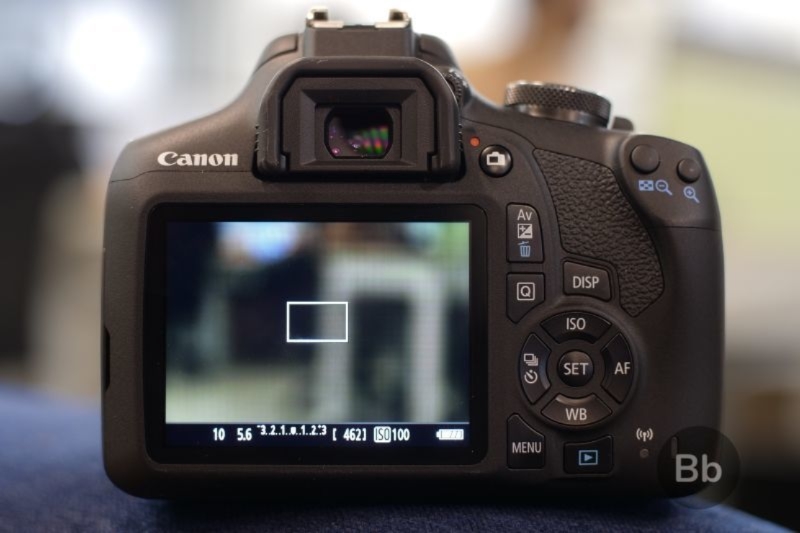 The Canon EOS 1500D packs in the same carbon-fiber reinforced polycarbonate body, and the design is ideal for one-handed usage, thanks to ample rubber cladding on the right side of the camera, which offers an ample amount of grip to the user. 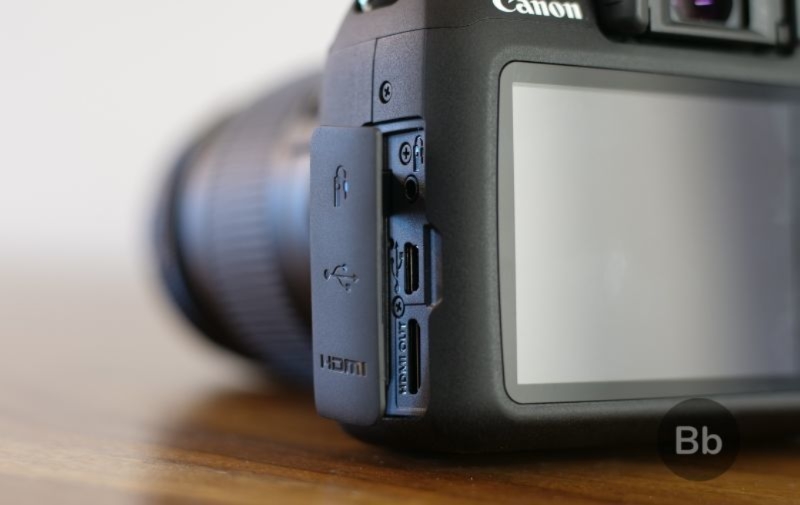 You get a standard flap on the left side of the device, housing inputs for a wired remote, a Mini-USB port, and a Mini-HDMI port. On the front, you get the 3-inch TFT LCD with a 920K dot resolution, with no touch or swivel support. 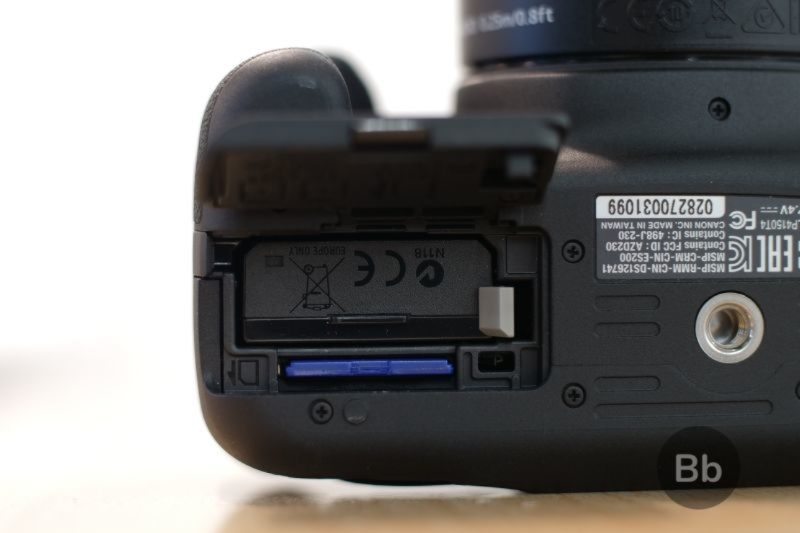 There are plenty of buttons on the body of the device, allowing for easy control of various adjustments such as autofocus along with shortcut buttons for drive mode, ISO, and white balance. Even for navigating through various menus, these buttons come in quite handy. 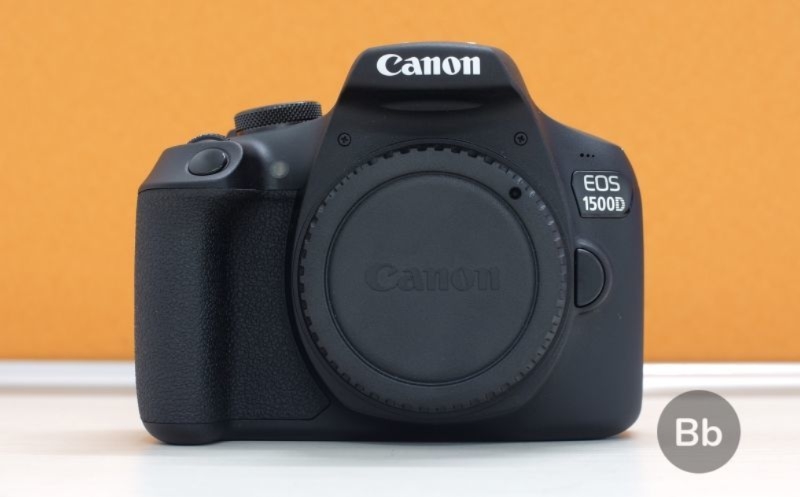 The Canon EOS 1500D also features a WiFi connectivity option and features a dedicated LED light at the bottom which lights up when the Wi-Fi connection is in use. The dials on the camera feel sturdy, and offer just the right amount of grip to the user. 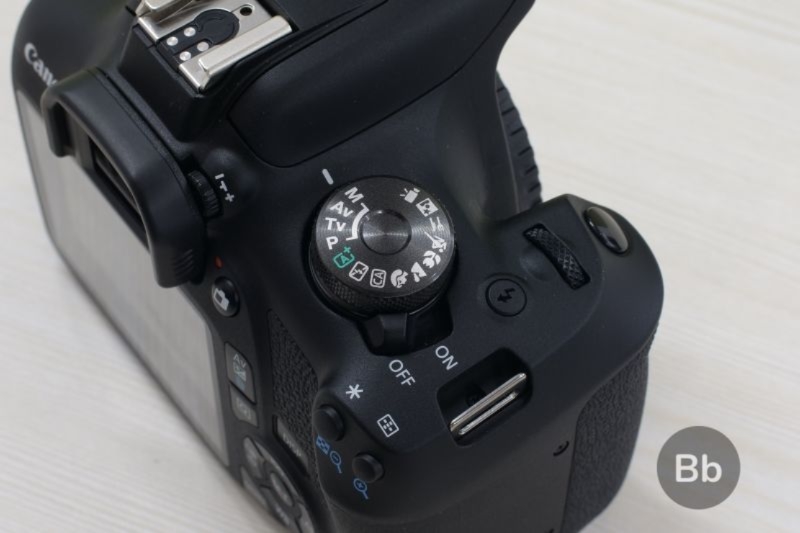 All in all, the Canon EOS 1500D is literally the same as the EOS 1300D, and like I said, I actually happen to like that. Canon has made a name for itself being one of the best cameras that an amateur can use, thanks to the great ease of use it offers, and the 1300D was a great example of that. As such, Canon has played it safe, throwing the same design on the 1500D, while making it a tad bit lighter, which makes it just perfect for single-handed usage.

Unlike the 1300D, the EOS 1500D offers a 24.1-megapixel APS-C CMOS sensor, while featuring the same DIGIC 4+ processor. This allows the camera to capture some great scenes while keeping the load on the low. The camera cannot handle heavy loads, which is evident by the fact that it can capture videos only in 1080p@30fps and has a continuous shooting of just 3 fps. That being said, it does come with some features should appeal to the general audience as well. 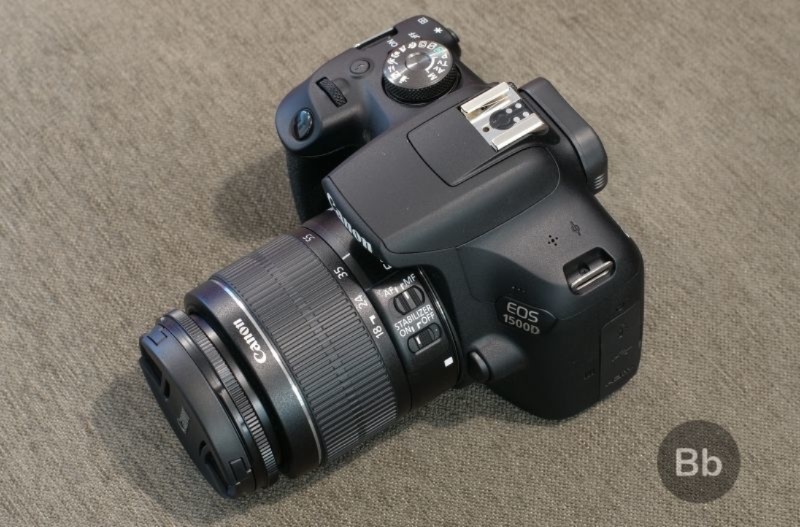 The camera comes with a Scene Intelligent Auto mode and Creative filters that should help users capture better scenes without having proper knowledge of a DSLR. While photography enthusiasts would rarely find themselves using these modes, users who like a DSLR simply for its great photography capabilities but rely on the Auto mode are bound to love the camera for its smart features. 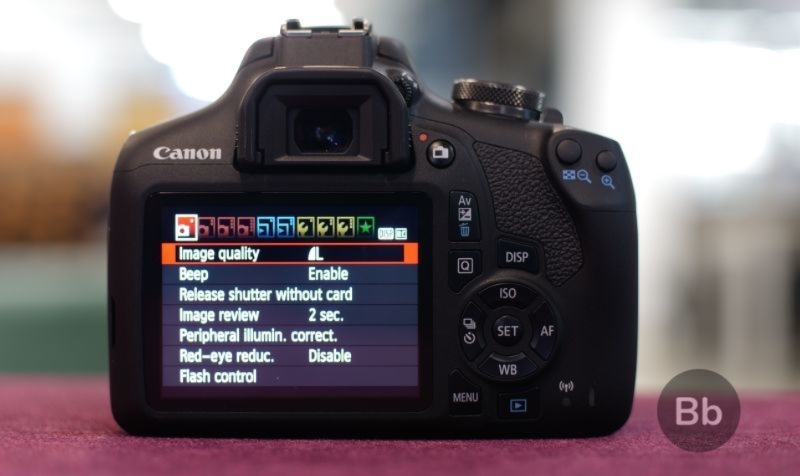 Oh, and speaking of smart, the Canon EOS 1500D also comes with WiFi+NFC capabilities, allowing you to connect your smartphone to your device. Pair that with the Camera Connect app on your smartphone, and you will be able to use your mobile device to easily capture images on your DSLR. You can then use your smartphone to even view the images stored on the EOS 1500D, and then seamlessly transfer them to your mobile.

The EOS 1500D offers a user experience that is pretty great for a variety of audience. Whether you’re someone with no interest in the technicalities of the device, but want a DSLR for capturing good images, or you’re an amateur or aspiring photographer, the Canon EOS 1500D won’t disappoint you. Heck, the camera works well for even professional photographers who want a side-kick to their main camera for easy one-handed usage in ideal conditions. 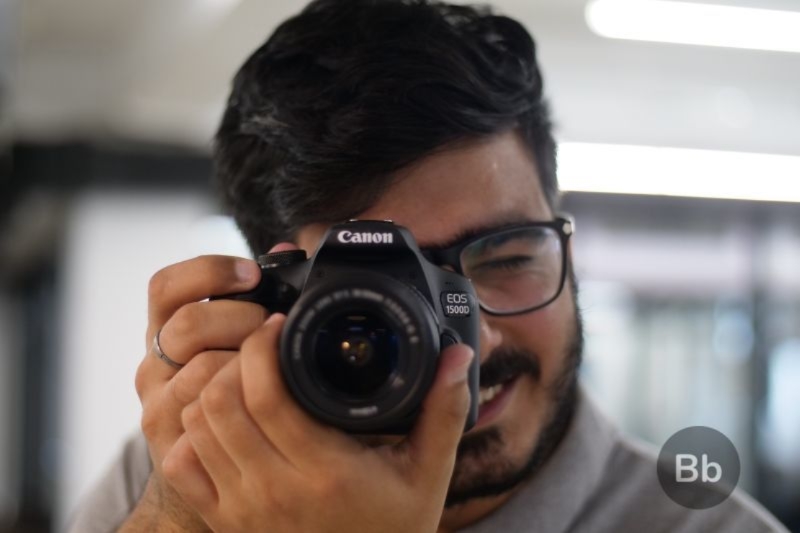 I’ve used a lot of cameras, and honestly, the UI offered by Canon is by far the simplest of them all. It’s just darn easy to get accustomed to, with there being literally no learning curve. As for the camera itself, the features offered are great, and really makes itself a compelling package for any prospective consumer out there. 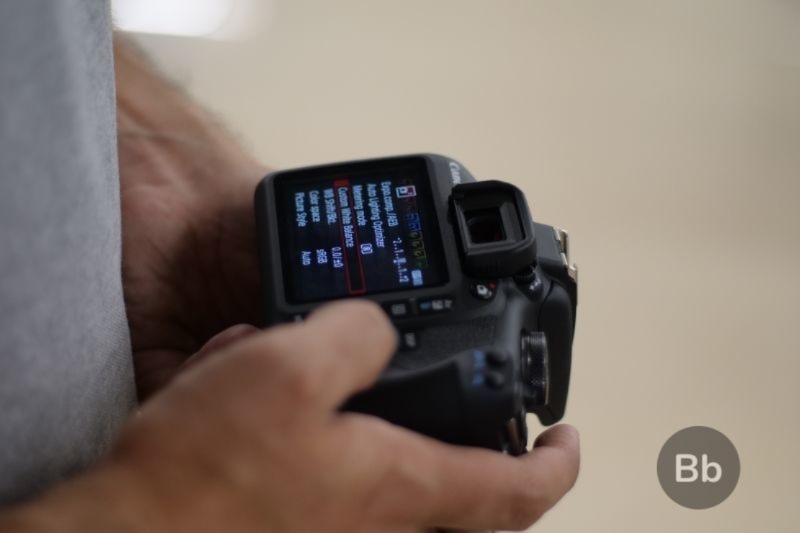 The best part about the camera is how lightweight it is. The design is perfect for one-handed usage, and coupling it with a great battery life of ~600 shots makes you want to use the device more and more. And the performance of the camera is pretty good too!

Yes, that’s right. While we’ve discussed everything there is to the camera, it’s time to address the main point of focus, which is the camera’s performance. Honestly, the price to performance ratio is pretty good, something that has mostly been the way with Canon cameras. 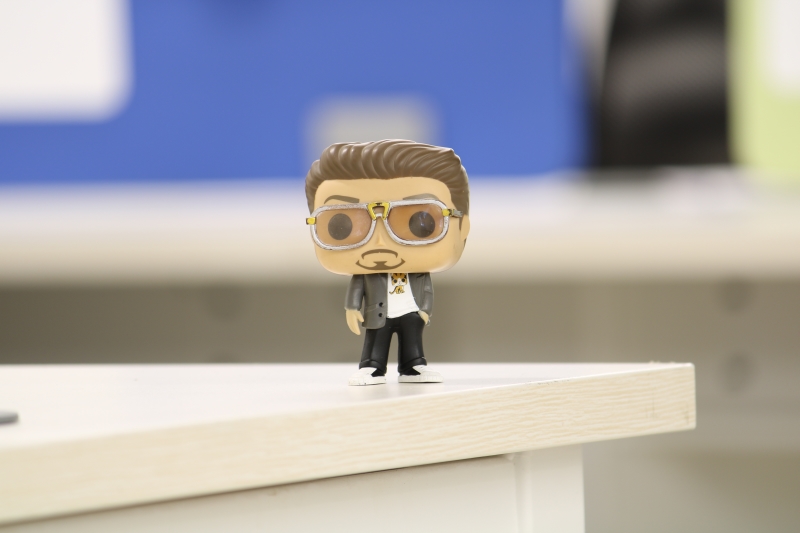 The Canon EOS 1500D manages to capture scenes with great picture quality, and thanks to its higher megapixel count, images can easily be cropped out later on for best results. I did personally have issues with the focusing speed, but considering the device’s price tag, it is not really that big an issue. Speaking about the focus, the camera comes with a 9-point autofocus system, which does work well in most cases, but can be a tough task to use when the subject is not completely isolated. Apart from that, the kit lens manages to produce a decent depth of field, even for close up shots, which is always appreciated. 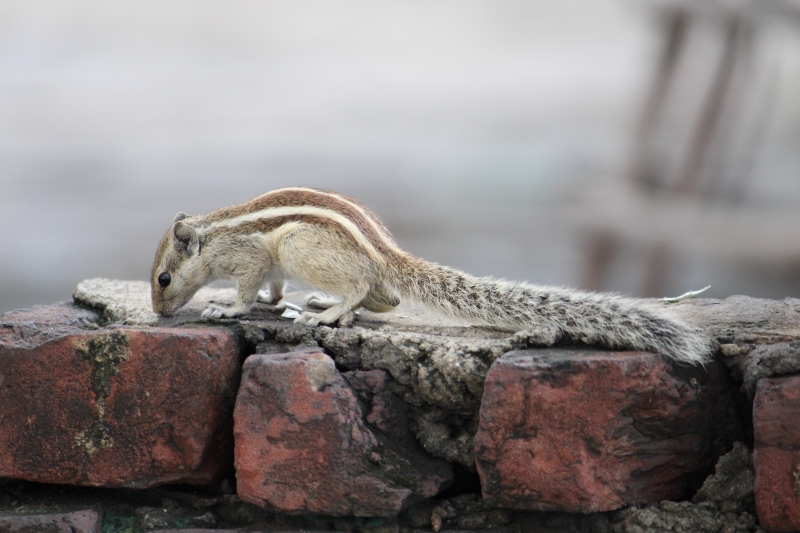 In low-light photography, the camera is better than average, but nothing great. Even going all the way up to ISO 1600, noise is handled well and details are preserved. However, going on to the ISO 3200 and ISO 6400 range, there is a drop in the quality, with details getting missed out, and the camera system smoothing out the structure. 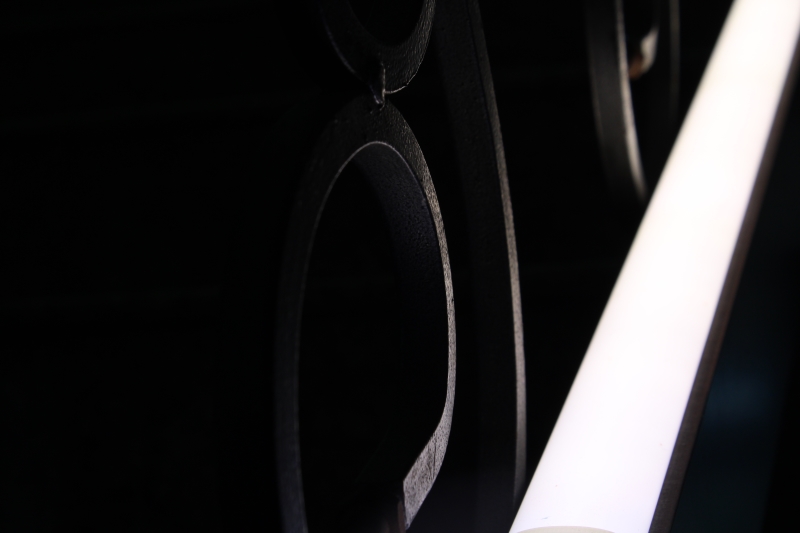 The white balance on the camera was at times off the mark, which did result in a bit of unnatural color reproduction. While photography enthusiasts can understand the difference, and the change is in fact easily editable, the general audience who are looking at it as their normal shooter to replace their point-and-shoot cameras might have to take more than a single shot. Also, the burst mode on the camera, like I said earlier, captures only at 3fps, which is never going to be enough for fast moving objects, even in the bundled Sports mode.

You can check out our full gallery of shots below to better understand the level of quality of images that the camera can produce:

As for video recording, the Canon EOS 1500D can capture at 1080p at 30fps, which, while being good, is kind of a letdown, since 60fps has become sort of a standard in this segment. That being said, the overall quality of the video is still better than most competing cameras, which is always a plus. Canon has always managed to offer a great balance between both photography and video recording capabilities, and the trend continues with the EOS 1500D.

Considering that this is an entry-level DSLR camera, there aren’t many perks to it. That being said, it is still a great option for aspiring photographers, since it offers just the right amount of performance you’d expect from a camera at its price. However, it is hard to say that this is the best entry-level camera out there. 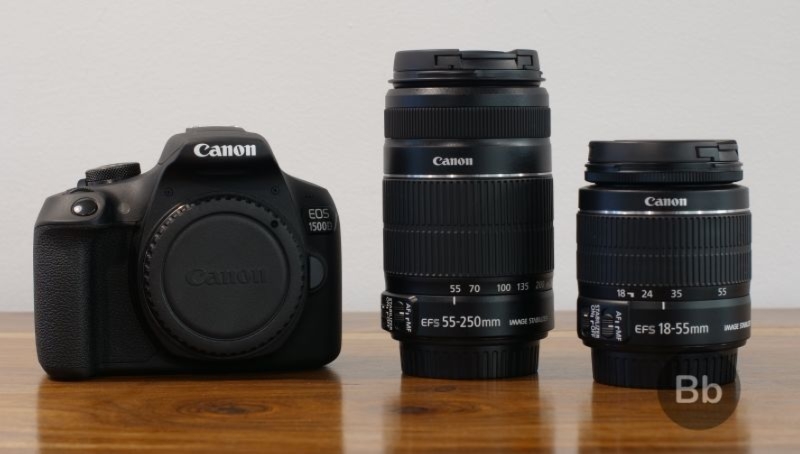 At its price, it goes head to head with the Nikon D3400 (Rs. 35,990), which offers pretty much the same package, but a better 5fps burst shooting mode and an 11-point autofocus mode. Also, for video enthusiasts, the D3400 can capture at 1080p@60fps, which pretty much settles the debate. I won’t deny the fact that the D3400 does have a learning curve to it and is not as easy as the Canon EOS 1500D, but it does manage to produce slightly better results in both photography and video recording. 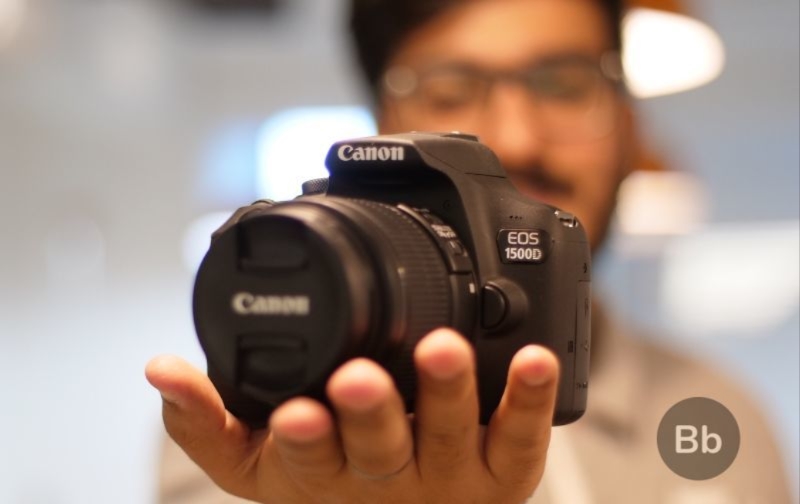 All in all, the Canon EOS 1500D is a decent product for general consumers that simply want a lightweight, easy to use camera that is sufficient for most photography tasks. On the other hand, if you’re an aspiring photographer, I would personally recommend the Nikon D3400, for its slightly better features. Despite all that being said, it is worth pointing out that both the cameras are bound to offer nearly the same results, so, you might want to go to a camera store near you and try out which camera your hand rests naturally on, since that is what’s going to be major deciding factor in the end.

All things considered, Canon has done a great job with the EOS 1500D. It lacks in some features, especially with the 30fps recording, 9-point focus system and the lack of a headphone jack, but if you are into photography, the camera makes up for it with the still great picture quality and amazing battery life for its price. Thanks to its user-friendly interface, the Rebel T7 or the EOS 1500D, is a great entry-level budget DSLR that you can buy in the market today.