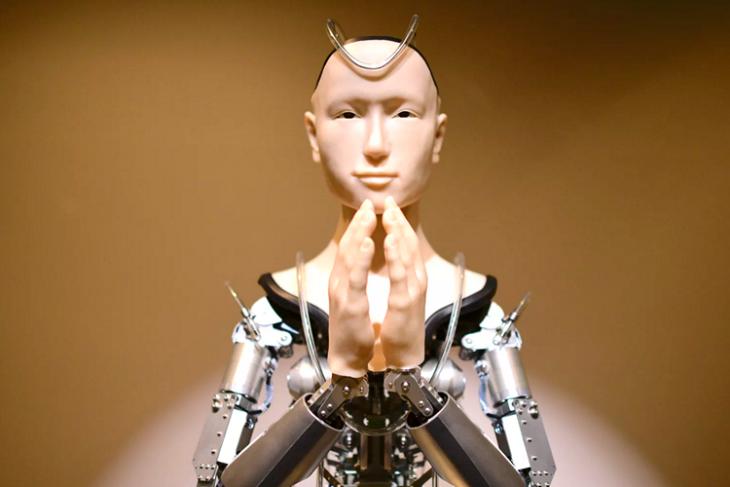 A Buddhist temple in Kyoto, Japan has a new priest named Mindar. Unlike other priests, Mindar has a superpower. The laws of mortality do not apply to this priest. Yes, you guessed that right. Mindar is a robot.

The external appearance of Mindar is designed to look like Kannon, the Buddhist goddess of mercy. The cost of manufacturing Mindar touched nearly $1 million but unfortunately, Mindar is not an AI-based robot as of now.

Mindar simply recites preprogrammed mantras in a repetitive fashion. The creators of Mindar however, have plans to impart machine learning capabilities to provide feedback to the worshippers based on their problems. Yeah, getting advised by a priest robot could soon be a reality.

“This robot will never die, it will just keep updating itself and evolving. With AI, we hope it will grow in wisdom to help people overcome even the most difficult troubles. It’s changing Buddhism.”, said Tensho Goto, the person-in-charge of the temple.

It has also been reported that Japanese worshippers visiting the temple are not actually freaked out upon seeing Mindar. This might be because Japanese people are already used to seeing robots everywhere in their life on a daily basis.

“Buddhism isn’t a belief in God; it’s pursuing Buddha’s path. It doesn’t matter whether it’s represented by a machine, a piece of scrap metal, or a tree.”, added Kyoto.

Buddhism is not the only religion to have robots in prayer rituals. In fact, we saw a robotic arm that performed a Hindu ritual back in 2017.

The advent of robotics in religion has just begun. We should be seeing more robots of similar sorts in various other religions capable of performing advanced tasks in the future.

So, what do you think of the inception of robots and humanoids in religion? Share your thoughts in the comments.