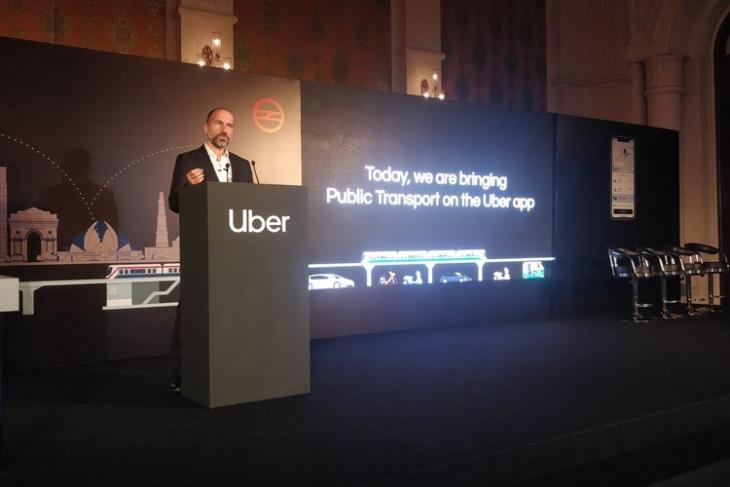 Uber on Tuesday announced a partnership with Delhi Metro, which will see the ride-sharing giant launch a new journey planning feature called ‘Public Transport’ that will integrate the Uber app with the city’s Metro and public bus service. As part of the plan, riders will start seeing ‘Public Transport’ as an option on their Uber apps alongside Go, Pool, Premier and the other standard options when they enter a destination.

“Upon selecting the ‘Public Transport’ feature, riders will be able to see fastest and cheapest routes; real-time schedules; including departure time for public transportation, including Metro and buses and walking directions, to and from nearby Metro stations and bus stops”, said Uber. The company also said it will have pick-up and drop-off points at 210 metro stations around the Delhi NCR region.

Delhi is the first city in Asia and the second in Asia Pacific to get Uber Public Transport. Nearly half a million Uber users have already used the Transit option in the Uber app. #MovingCitiesForward pic.twitter.com/s68qC0Qj2J

Another notable aspect of the partnership will be the ability for Delhi Metro users to book tickets through the app itself without having to wait in line at the stations. However, while the Public Transport feature will start rolling out to users with immediate effect, there’s no word on when the ticket-booking functionality will go live. There’s also not a lot of clarity on how it would work, so we’ll probably have to wait a while longer for more details.

Meanwhile, in an official blog post, the company claimed the partnership will make everyday commute easier for commuters “because they’ll receive the information they need to make the smartest possible journey choices”. According to Uber: “We have chosen New Delhi as the second Asia Pacific city to get this feature, to further reiterate our commitment to this strategic market and one of the fastest growing economies in the world”.