Skip to content
Home News According to Bill Gates, This Is the Ultimate Way for the World to Go Back to Normal 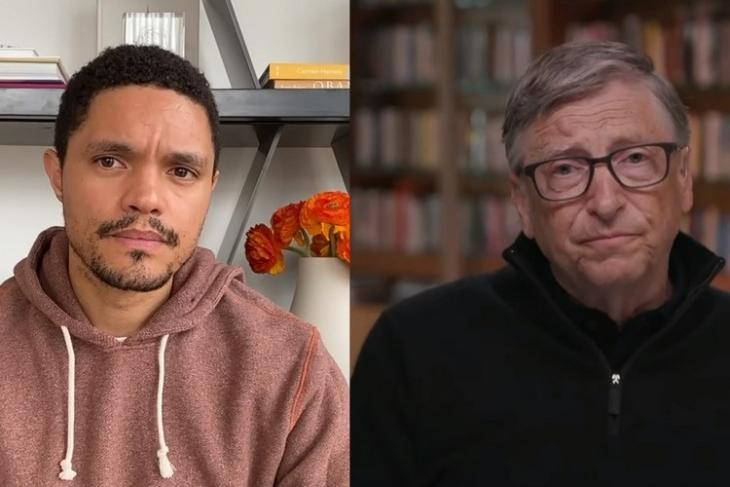 Bill Gates, the co-founder of Microsoft and philanthropist, recently sat down in a video-conference interview with Trevor Noah. The duo discussed about the obvious elephant in the world right now – the Coronavirus. According to Gates, there is only one way to stop the spread of the Novel Coronavirus and save the country.

As many of the late-night show hosts have been doing, popular stand-up comic and “The Daily Show” host, Trevor Noah started “The Daily Social Distancing Show” on YouTube after the statewide lockdown was put into action. In a recent video, Trevor interviewed the former Microsoft Board Member via video chat and asked about several important concerns about the ongoing pandemic.

As we know that Bill Gates warned the world about a pandemic 5 years ago, in a TED Talk. So, Noah started by asking Gates about the impact of that talk in 2015 and if the world listened to him or not. According to Bill, there are only a few things that are done among the numerous measures that were proposed in the TED Talk. Gates humbly told the interviewer that it is definitely not the time of saying “I told you so”, but the governments needed to act when they had the time.

The discussion led Trevor to ask the question of “What now?”. The late-night show host asked Gates what the people, the government and the private sectors can do now to go back to normal? To which the Philanthropist answered, apart from social distancing, properly testing patients and working with the health organisations to contain the pandemic, the only way, through which the world can go back to what it was, is to create the vaccine, not just for the US, but for the whole world.

“The ultimate solution…the only thing that really lets us go back completely to normal and feel good about sitting in a stadium with lots of other people is to create a vaccine. And not just for our country, but take that vaccine out to the global population, so that we have vast immunity and this thing, no matter what, isn’t going to spread in large numbers.”, said the Microsoft co-founder.

In this 22-minute video, Bill Gates shared a lot of information about the current outbreak and gave many perspectives. You can check out the video below.