When Nintendo announced their latest console – the Nintendo Switch – it quickly became the talk of the gaming world, and rightly so. The Switch offers a breed of gaming unmatched by other rival consoles. It comes with two controllers, or as Nintendo likes to call them: “Joy Cons”, and a dock. You can attach the Joy Cons to the Switch and play, or you can slide the Switch into its Dock, and play on a connected screen. If you want to play multiplayer games with a friend, the two Joy-Cons can be used as independent controllers, with the Switch placed on a table (thanks to its kickstand). However, if you use the kickstand to place the Switch on a table, you’ll quickly realize (thanks to the battery powered nature of the console) that the USB-C port for charging the console is blocked by the table. Well, don’t worry, because there are a lot of third party Nintendo Switch docks that you can use to keep the Switch on a flat surface, and enjoy playing your favorite games. Here are the 5 best Nintendo Switch stands you can buy:

The HORI compact playstand is one of the best Nintendo Switch stands you can get. It is officially licensed by Nintendo, and is a perfect match for your brand new gaming console. The angled stand provides an optimal angle for playing games, and you can adjust it according to your personal preference. Plus, the raised stand allows for easy charging of the Switch while playing games. This will ensure that you’ll never run out of charge while playing your favorite part in The Legend of Zelda. 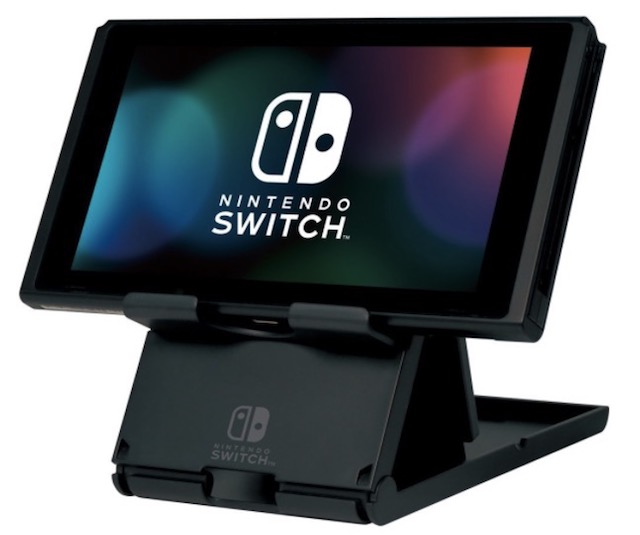 The stand is foldable, so you can easily throw it into a bag when you’re not using it, without having to worry about it being too bulky, or a problem to carry on trips. The HORI compact playstand also comes with rubberized grips to prevent the Switch console from slipping out of the dock.

The FastSnail Collapsible Playstand is another really great choice for a Nintendo Switch dock. Priced competitively at $12.95, the stand makes for a lot of fun game time, thanks to the fact that you can charge the Switch while playing games on it. The height of the stand is also adjustable, making it easier to play games. Thanks to its lightweight, and collapsible design, the FastSnail playstand can be carried around easily. 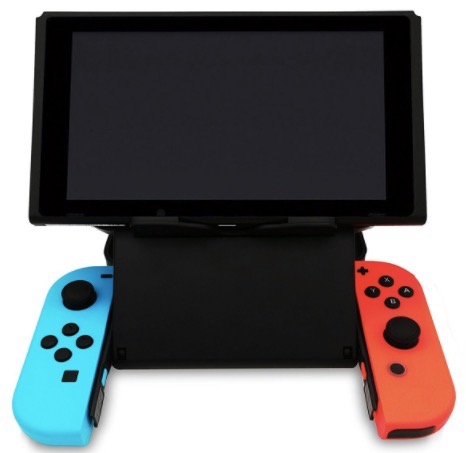 The stand comes with a 12 month warranty, so you can rest assured that you’re investing in a reliable product.

The OMOTON Nintendo Switch stand is another option you can consider. The dock comes with a sticky suction mount base for maximum stability. The holder in the stand has an adjustable angle, and can be varied across a range of 210 degrees, allowing you to get the perfect angle for enjoying your favorite Switch games. It also comes with an anti-slip, and anti-scratch pad which ensure that the console doesn’t slip off the dock. 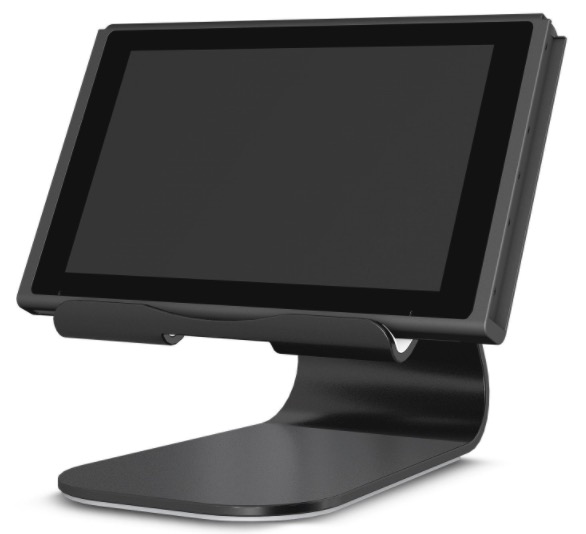 Also, thanks to the well thought-out design, you can charge your Switch console while it is kept on the stand; so you can keep playing for longer, without having to worry about the battery dying out on you. The OMOTON stand is built from aluminium, allowing it to be lightweight, yet strong enough to take a beating.

The Pasonomi aluminium stand, as the name implies, is made out of aluminium. The stand comes in a foldable design, making it completely portable, so you can easily carry it around with you. The cradle in the Pasonomi dock for Nintendo Switch can be rotated so you can place your Switch console at the perfect viewing angle. 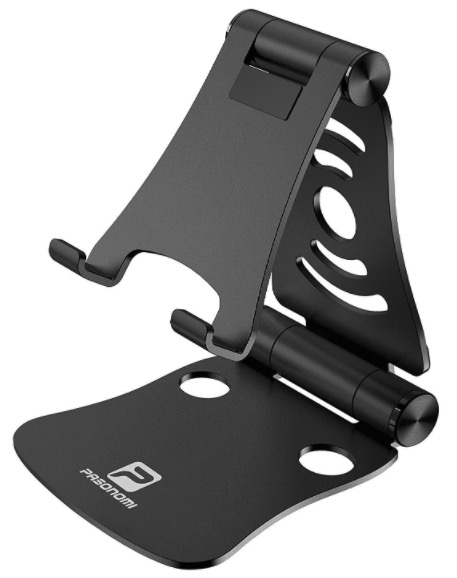 Thanks to the silicone grips on the stand, it is not slippery, and you can rest assured that your console is safe in the cradle. It also comes with a lifetime guarantee, so if you’re unsatisfied by the stand, you can get a refund, or a replacement.

Yeah, you read that right. The HiRise iPhone Dock from Twelve South is actually a great dock for the Nintendo Switch as well. It looks really classy, and has one of the best build quality in the market, being from Twelve South. That is, if you’re okay with shelling out quite a lot of money. The dock only works with Apple cables, so you’ll have to buy an Apple licensed USB-C cable ($22) to charge your Nintendo Switch. Plus, you’ll need a USB power adapter that’s powerful enough to charge the Switch; you can get the one from Apple, for $69. Along with the dock ($40), you’ll have to shell out almost $131 just on a stand for your Nintendo Switch. 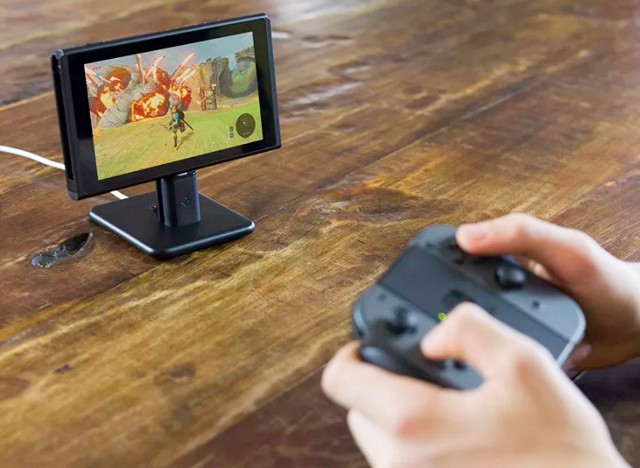 Use These Nintendo Switch Stands to Play Games Comfortably

The Nintendo Switch is a very versatile gaming console. You can play games on the go, with the Joy-Con controllers attached to the console, you can play games on your home TV, by docking the Switch into the dock that comes with it, and you can even play two player games, by using both the Joy-Cons as separate controllers for each player. However, for casual single player gaming, and times when you want to place the Switch on a table, sit back, and play Super Mario, the built-in kickstand is not going to be enough. You should definitely invest in a good quality dock for your Nintendo Switch, if you don’t want your gaming sessions to be constantly interrupted due to battery issues.