Undoubtedly, HTC One M9 is one of the most powerful and popular Smartphone available in the market! By paying a price of $649 [For Unlocked Version of the device], you get a device with Octa-Core SoC, 3GB RAM and a powerful & durable battery of 2840 mAh. On top of all these, HTC One M9 comes with Corning Gorilla Glass 4.0 that blends slim design and enhanced protection from scratches and damages.

That having said, you might be interested in having an extra protection to your HTC One M9 Screen, using a Screen Protector. And, this post is meant to give you a list of 10 best HTC One M9 Protectors, which will surely come in handy for rough users of the Octa-core beast. 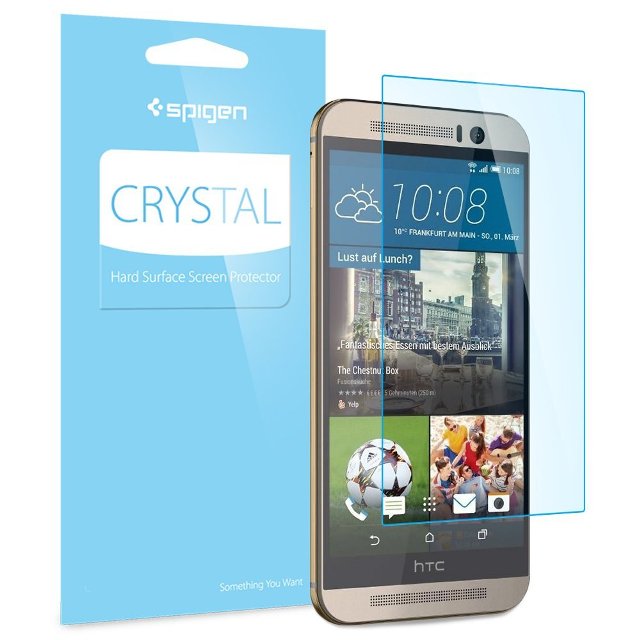 Spigen HTC One M9 Screen Protector is a nice solution for your HTC One M9 when you want protection from most of scratches and other damages. With a hardness standard of 3H, the screen protector is hard-coated and it has enough cut outs to make sure that none of device sensor is blocked. In addition, the screen protector comes with easy installation and removal process that doesn’t create bubbles between screen and protector. As a rainbow-free build, it ensures superb viewing experiences from all angles. 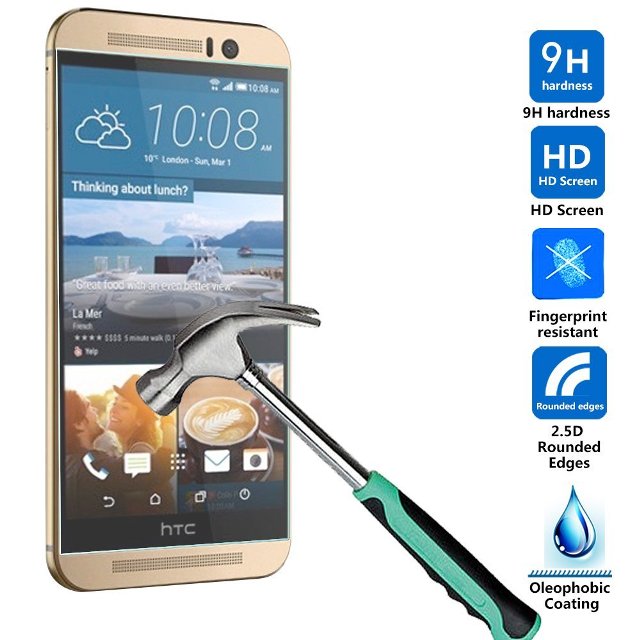 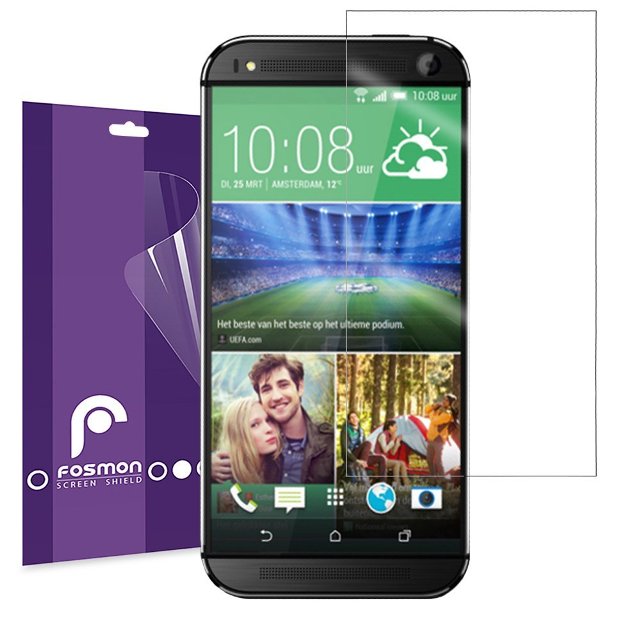 Fosmon HTC One M9 Screen Protector is yet another sense-making screen protecting solution for HTC One M9 users. This ultra-thin yet durable screen protector comes with an easier installation process that leaves nothing behind if it is uninstalled. Standard of the hard coating is 3H and you can depend upon the coating to protect it from various sort of damages. Being a custom-made screen protector guard for HTC One M9, you do not have to worry about the card obstructing sensors. 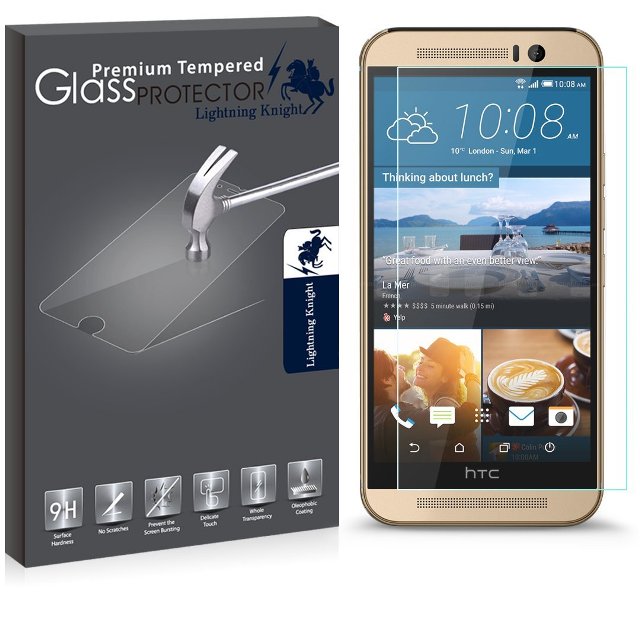 Made of tempered glass that has a high hardness standard of 9H, LK Screen Protector for HTC One M9 will surely be an enough-capable solution protect screen of your HTC One M9 Smartphone. Apart from protection from scratches, the guard will offer protection from shock, oil, water, fingerprints, dust and smudges. Above all these, it needs to be noted that the screen does not affect touch sensitivity of device while ensuring transparency around 99%. When we give consideration to all the stuff mentioned, LK Screen Protector for HTC One M9 is just superb. 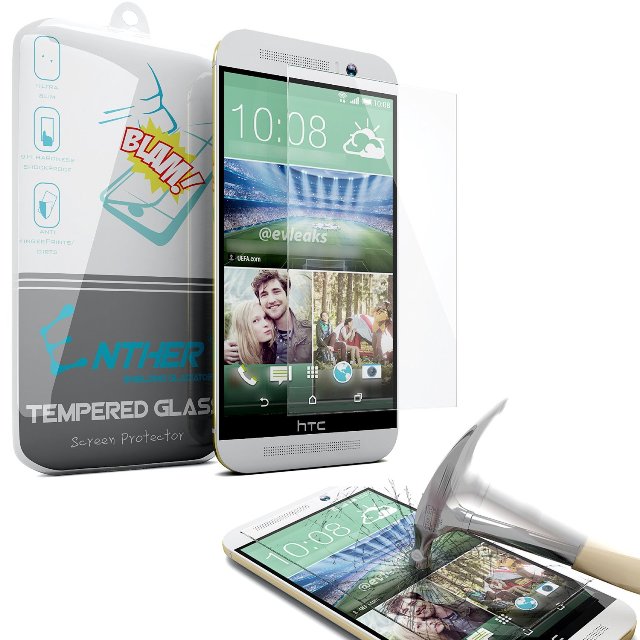 HTC One M9 Screen Protector from Enther is an awesome screen protector that is manufactured using a special type of tempered glass that ensures protection even while minimizing thickness. Talking of hardness of glass used, 9H is the hardness standard it meets with, and the protector will be powerful enough to save your M9 Screen from finger prints, oils, smudges, water and shock. Altogether, as far as you are concerned about screen, Enther HTC One M9 Screen Protector will be an all-rounder. 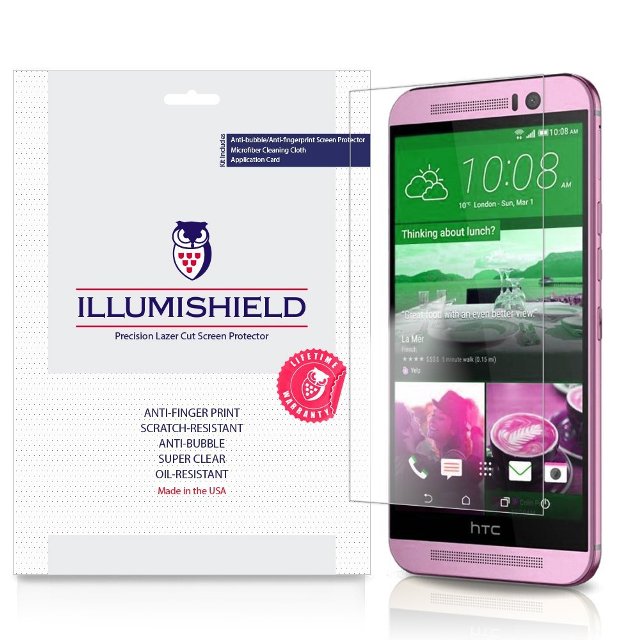 if you need an affordable yet quality-rich solution to protect your HTC One M9 screen, you should check iLLumiShield HTC One M9 Screen Protector, which is made of LCD Shield that is truly transparent enough to let you do all the jobs with your Smartphone. The shield has multiple layers of protectors, making things easier and the anti-bubble layer is quite useful when you want to set up iLLumiShield HTC One M9 Screen Protector on your M9 without playing with all those messing-up bubbles. 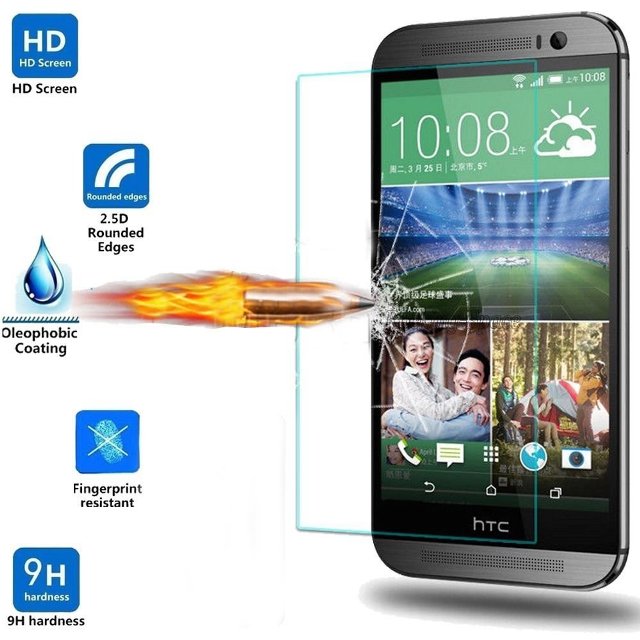 Made of high-quality tempered glass LCD shield, BOMEA HTC One M9 Screen Protector ensures protection to the M9 screen, from various aspects. As the shield lets you keep transparency and touch sensitivity of the device, you do not have to worry about insensitivity of touch and all. In addition, the easier & bubble-free installation process of screen guard and other features, such as the anti-shock design, make this 9H-hard, anti-fingerprint and anti-oil protector an awesome choice, we bet. 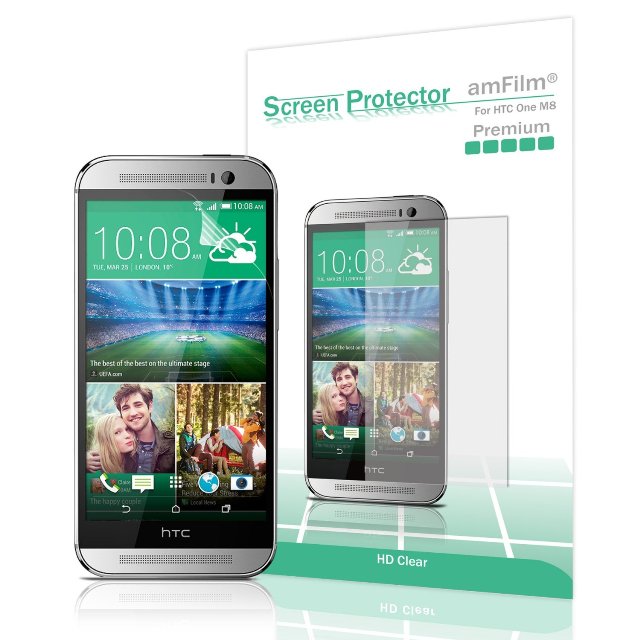 Manufactured using high-quality tempered glass that is meant to protect the device from drops & scratches, amFilm HTC One M9 Screen Protector is a great deal for those who need a superb level of protection for their device screen! Despite its 9H hard tempered glass screen, the protector has taken efficient efforts to make sure that the user would have access to screen transparency and touch sensitivity. When combined with the bubble free installation method, amFilm HTC One M9 Screen Protector is something great indeed. 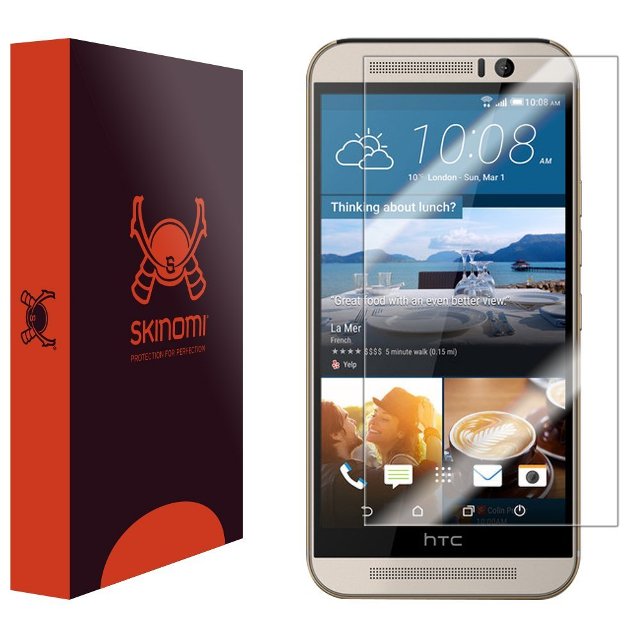 Made with scratch-proof design and maximum coverage of device screen in mind, HTC One M9 Screen Protector is a superb product from Skinomi. By creating a truly transparent and invisible screen protector, Skinomi has taken a very fruitful effort to sustain the true touch experience to the user community. In addition, TechSkin HTC One M9 Screen Protector prevents fingerprints, oil, water, UV light and puncture, keeping you quite confident when it comes to the case of device screen. 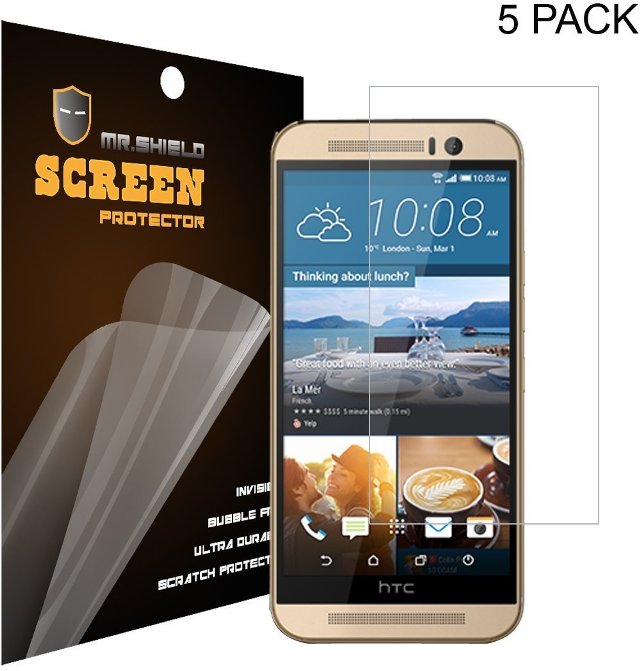 Mr Shield screen protector is a great protective solution for your HTC One M9, as it comes with a number of features such as Anti-Glare, Matte-made design, bubble-free installation procedure, an impressive hardness standard of 4H, 5 screen cards that give maximum coverage of protection through clear-cut design of the product etc. When combined with a truly affordable price, Mr Shield Screen Protector from Mr Shield is a great product, indeed.

Now, we are obviously eager to know about the screen protector that you are using for your HTC One M9! Waiting for your comments. 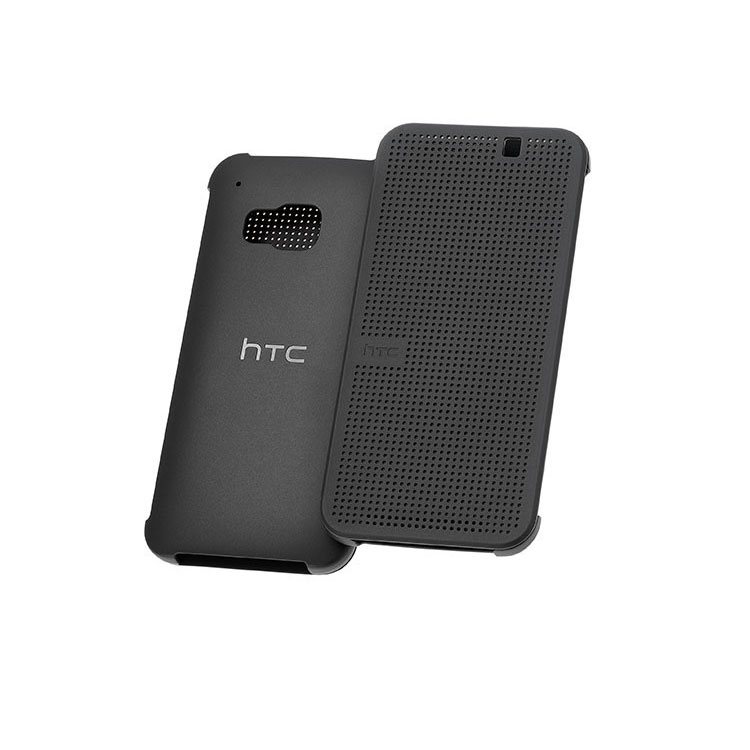 After HTC One M7 and One M8, the Taiwanese manufacturer has unveiled HTC One M9 — the Octa-core beast —, in Mobile World Congress...
Abhijith N Arjunan - Apr 6, 2015