The BlackBerry KEYone is the newest device that the popular Canadian smartphone manufacturer has on offer. Although it’s not one of the hotly anticipated phones of the year like the Galaxy Note 8, Pixel 2 or the iPhone 8, the KEYone delivers in terms of its unique design, functionality and hardware it packs for a mid-range smartphone. Costing just under 550 bucks, the KEYone features a 4.5-inch (1080 x 1620 pixels) IPS LCD display with a full-blown QWERTY keyboard beneath it, in addition to packing beefy hardware like the Snapdragon 625 octa-core chip, 3 GB RAM and an impressive 12 MP camera. Regardless of having a smaller screen, the most expensive unit of the KEYone is its display, just like almost every other smartphone that’s currently available. Therefore, in order to protect this display from cracks resulting due to accidental drops, we highly recommend you to purchase a good screen protector, so that you can avoid paying a hefty sum, just to get the damaged screen replaced. Well, if you’re interested in getting one, here are the 8 best BlackBerry KEYone screen protectors you can buy:

If you want edge-to-edge coverage for protecting your display, this tempered glass screen protector is the one that you should be going for, as it’s fully capable of protecting the KEYone’s display from cracks, scuffs and scratches resulting due to accidental drops. The glass has rounded edges to provide you with a seamless scrolling experience. In addition to this, there’s an anti-shatter film that prevents the broken pieces from falling apart, so there’s worry regarding cutting your fingers. Lastly, it comes in a pack of 2 that costs just under 8 bucks, making this screen protector worth every penny that you’re paying for. 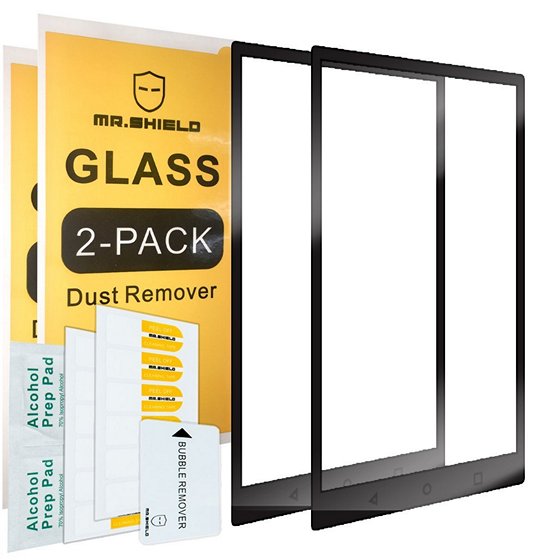 Next on the list, we’ve got another tempered glass screen protector that offers edge-to-edge protection without exposing any part of the display, thereby protecting it from scratches and scuffs resulting due to accidental drops. The glass has 2.5D curved edges that lets you scroll through the edges seamlessly. It has hydrophobic and oleophobic coatings to prevent residue resulting due to sweat, oil and fingerprints. The anti-shatter film makes sure that the broken pieces remain intact, just in case you managed to crack it. 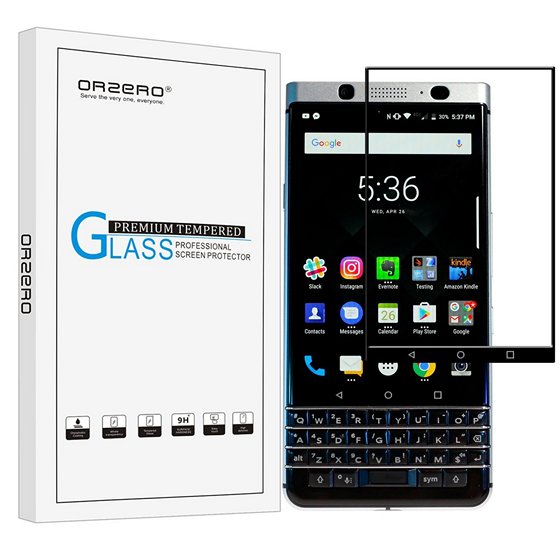 Unlike the previous tempered glass screen protectors that we discussed about, this one’s a PET film-based screen protector and it’s made from the highest optical grade TPU film. Although it does not protect your display from cracks resulting due to drops, like a tempered glass screen protector, it’s still good enough to resist scratches and minor scuffs that may occur due to minor accidental drops. It manages to do this, without adding 0.3mm of bulk to your screen. Bubble-free installation is guaranteed by the manufacturer due to the usage of a special anti-bubble adhesive. 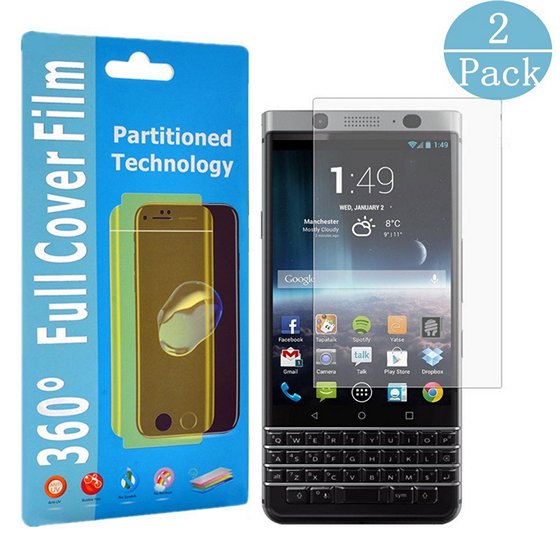 Next on the list, we’ve got yet another TPU film screen protector that covers the whole display from edge to edge, without exposing any portion of the screen. It might not be good enough for protecting your KEYone’s display from drops, but it’s still impressive when it comes to resisting scratches and minor scuffs. That being said, due to the matte texture of the screen protector, there’s minimal glare. The screen protector is capable of resisting smudges resulting due to oil and fingerprints, so there are no worries in this regard. 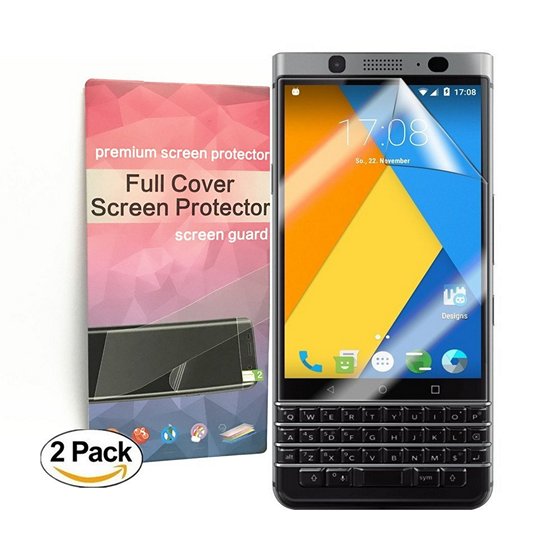 Just like every other tempered glass screen protectors that are out there in the market, this screen protector is capable of protecting your KEYone’s display from cracks, scuffs and scratches resulting due to minor accidental drops. it manages to provide you with edge-to-edge protection, without exposing any part of the screen. The screen protected has hydrophobic and oleophobic coatings to protect it against sweat and oil residue resulting due to fingerprints. Additionally, the anti-shatter film makes sure that broken pieces don’t fall apart, if you managed to break it. 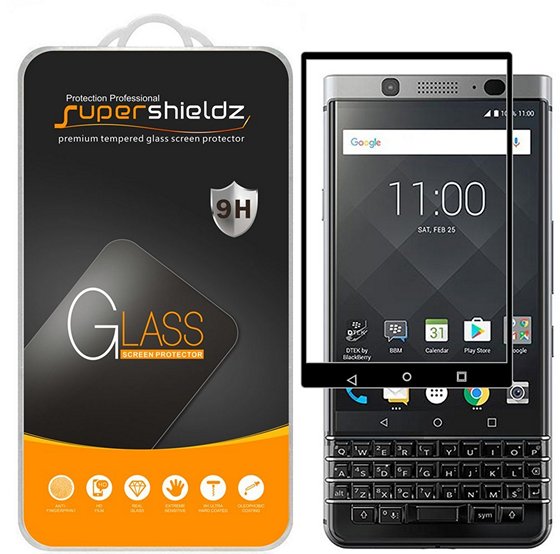 Well, we’ve got yet another film-based screen protector made of TPU material, that’s good enough to protect your new smartphone’s display from scratches and minor scrapes. However, since it’s not made of tempered glass, it cannot offer drop protection, so if you’re worried about that, you might have to look elsewhere. As per the manufacturer’s claims, the film has “self-healing” capabilities, which lets it revert back to original form over time, causing minor scratches to disappear. It’s also bubble, fingerprint and dust-free. 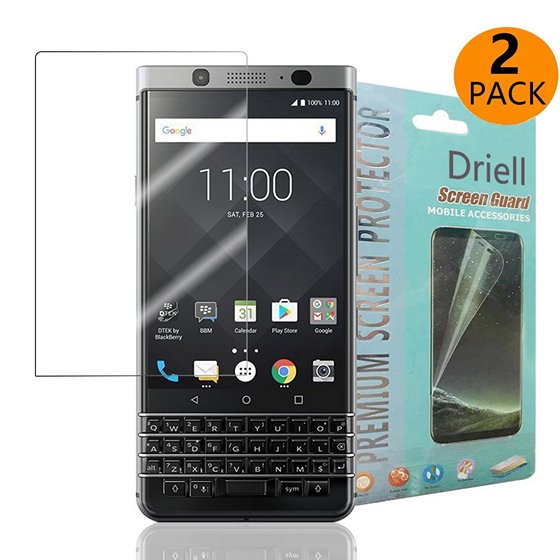 Next on the list, we’ve got a completely unique film-based screen protector. It’s called a privacy screen protector, and it targets the people who’re concerned about someone peeking at their phones while they’re using it. It offers a 4-way visual blackout, so the viewing angles are completely restricted to 45 degrees, in order to prevent people from checking out what you’re doing. It has a glossy surface with an oleophobic coating that’s capable of keeping oil and fingerprints at bay. In terms of protection, it will not be good enough to protect your phone’s display from drops, as it’s not made of tempered glass, but it manages to do a great job in resisting minor scrapes and scratches. 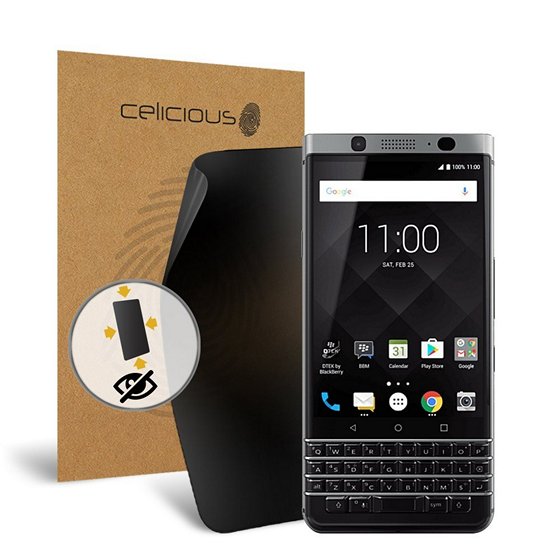 Last on the list, we’ve got yet another tempered glass screen protector, and just like almost every other screen protectors made of tempered glass, it’s capable of protecting your smartphone’s display from scratches, scrapes and scuffs resulting due to minor accidental drops. The anti-shatter film makes sure that broken pieces don’t fall apart after it gets cracked. It also has 2.5D curved edges to provide a seamless scrolling experience. Additionally, it has an oleophobic coating that manages to minimize smudges resulting due to oil and fingerprints. 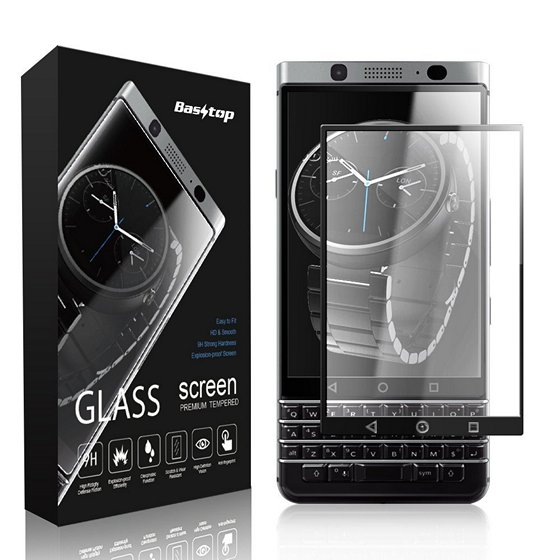 The Best BlackBerry KEYone Screen Protectors You Can Buy

Almost all of the smartphones that are currently available in the market, features a display unit that’s laminated to the glass on top. The BlackBerry KEYone is no exception in this regard, so if you manage to accidentally crack the Gorilla Glass on top, you will have to shell out at least 30 percent of the device’s cost to get the whole screen replaced. In order to avoid ending up in such a situation, we highly recommend you to purchase one of these best screen protectors to safeguard the display on your new KEYone from scratches, scrapes and scuffs resulting due to accidental drops. So, which one of these screen protectors are you planning to buy? Do let us know by simply dropping a few words in the comments section down below.