App Lock by Do Mobile is one of the most popular app locking apps that let users lock apps behind a PIN, password, or biometric authentication. However, over the years, the app has become slow and buggy. Then there are the privacy implications. Its privacy policy states that “According to the needs of specific features, we may read your photos, media, and files, use the mobile camera and microphone”. Now, on the surface, this privacy policy doesn’t seem harmful. However, in the wake of constant news of Chinese apps tracking user data, I can’t blame anyone if they are looking for its alternative. Well, if you find yourself in the same position, here are the best App Lock alternatives that you can use in 2020.

Note: Most of the apps on the list feature similar names so click on the link below to download them. If you are searching for apps, make sure to match the developer names mentioned alongside the download link.

There are many reasons to hide apps behind a password. You might want to protect your personal chats or safeguard your banking applications. And while most of the smartphone manufacturers including OnePlus (App locker), Xiaomi (App lock), Realme (App Lock), Vivo (App lock) and more, include a built-in app lock, using a third-party app offers more security. It’s because the built-in app locking feature uses the same lock screen password. So, if someone knows your lock screen password, they can easily get into your apps. If you use a third-party app, you can set a different password, thus adding an extra layer of security. Now that you know the benefit, let’s get to our list, shall we?

Note: If you want to try the built-in app locking feature on your device, just launch the Settings app and search for the feature by name.

Norton App Lock is one of the best App Lock alternatives that you can use in 2020. Made by popular antivirus provider, Norton Labs which is run by Symantec, this app respects your privacy. Just like App Lock, you can use this app to secure your apps using password, PIN, or bio-metric authentication. I also love that Norton App Lock is not so taxing on the phone’s resources. That means you get better performance with a minimal battery drain. There’s also an anti-theft feature that takes a photo of a thief or anyone who fails to unlock your phone after 3 attempts. So, not only your data is protected, but you also know who was trying to access it. The app is available for free to download and use and you should check it out. 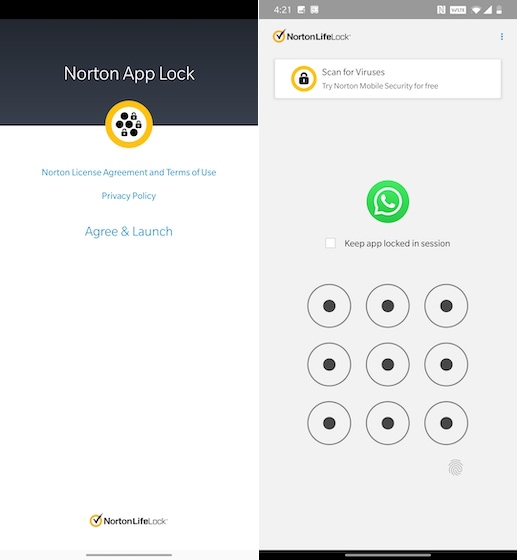 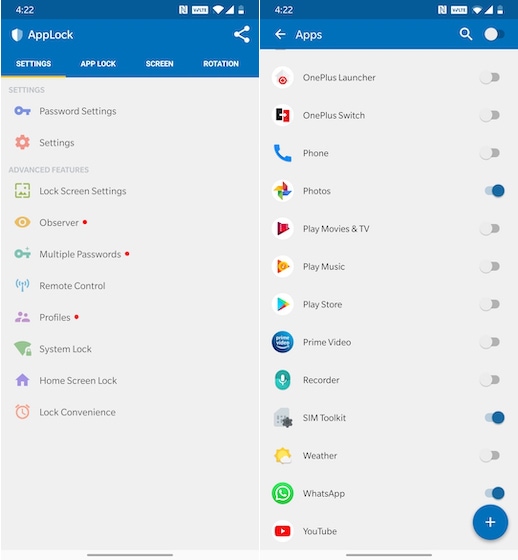 Perfect AppLock differentiates itself from a sea of similar apps by bringing extra features. Apart from letting you lock apps using password, PIN, or biometric authentication, it also brings other features. One such feature is the “Screen Filter” feature. This allows you to set different brightness values for different apps. You can also set rotation locks on certain apps. This is handy if you browse the app while lying in bed. Other features include fake pop-ups, locking both outgoing and incoming calls, locking communication radios including Bluetooth, WiFi, and more, the ability to remotely start app lock using SMS. While it’s not the best-looking app, it brings tons of extra features. This is the perfect App Lock alternative for people who want more. 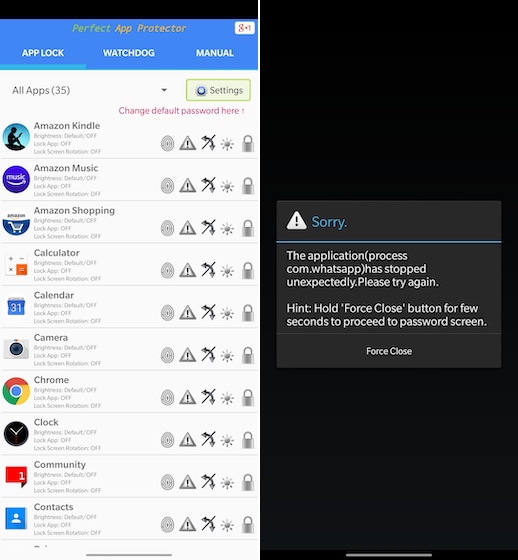 Smart AppLock brings a beautiful user interface. It has one of the cleanest UI of all the app locking apps on the market. My favorite thing about this app is the unlocking splash-screen. Unlike other apps that show gaudy app unlock screens, this one shows a simple gradient background. And the background color is taken from the app’s icon that you are unlocking. Talking about its features, you get to lock apps with PIN, password, and fingerprint. There’s also built-in protection for locking app installation and uninstallation along with locking of the recent app menu. Finally, there’s also the intruder selfie feature. The app also brings built-in cleaner and booster functionality but that’s an add-on and I didn’t test it. The bottom line here is that if you like the minimal UI, you are going to love it. 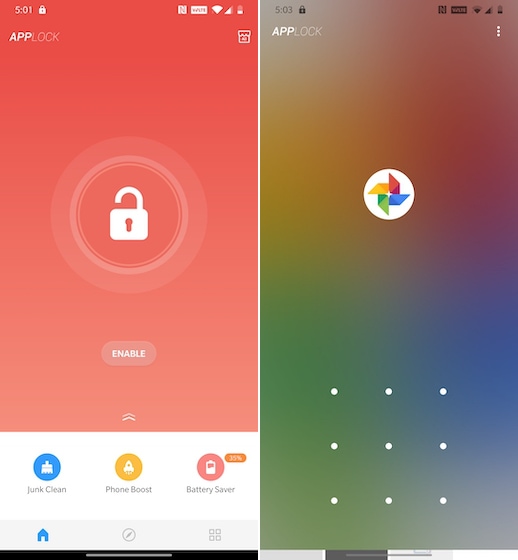 If branding was a competition, none of these apps would win any award as they all have the same name. But that doesn’t mean that all of them are made the same. This AppLock app by IvyMobile is another good app locking app that allows you to lock apps behind a PIN, password, or fingerprint. Like the original App Lock by Do Mobile, it brings a built-in theming engine that lets you change how the unlock splash screen looks. Other features include intruder selfie, fake cover for the app itself, lock time-limit customization, and more. If there’s anything I hate about this app, it has to be the intrusive apps. But once you set it up, you rarely have to open the app, so it doesn’t matter much in the long run. If you can survive a few ads, you should try it. 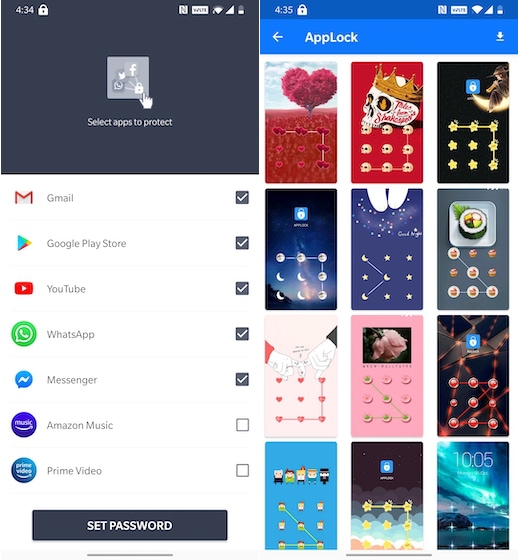 Install: Free with ads (by IvyMobile)

AppLocker is another good app that you can use to password-protect your apps. Like other apps on this list, it allows you to use a password, PIN, or fingerprint to lock apps. It also has a theme engine that lets you customize the unlock splash screen. You can also use this app to lock system settings so no-one can disable it. There are also all the other features like intruder selfie, the ability to hide pattern trails, and more. There are ads, but you can remove them using the in-app purchases if you want. There’s nothing special here, it’s the same as the other apps that we have mentioned. 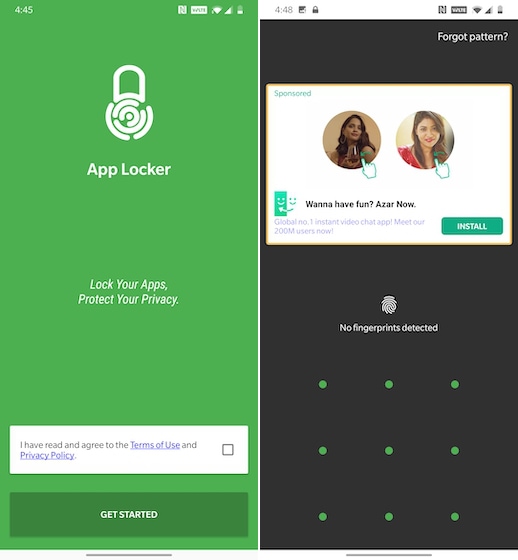 For the last app on this list, I wanted to include something different. There is a sea of app locking app and we have already mentioned the best of them in the list above. Smart Launcher 5 is different because it’s not an app locking app. It’s an excellent Android launcher app that has a built-in app locking feature. Smart Launcher 5 is one of my favorite launchers on Android, and I wanted to recommend it to you just as an extra option. If you don’t like the native launcher on your smartphone and want something fun and colorful, you should install Smart Launcher 5. As an added benefit, you will also be able to lock your apps. You can enable the lock feature by opening the launcher settings and going to security and privacy. 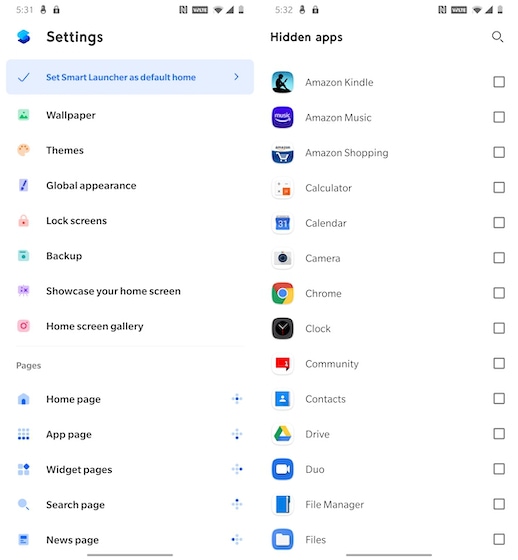 Best Apps to Lock Your Apps Behind a Password

So, there are the best app locking apps that you can you as App Lock alternatives. If I have to choose, I will go with Norton App Lock, simply because it’s free and there are no ads. However, everyone has different tastes, so let me know which app captured your fancy by writing in the comments below. 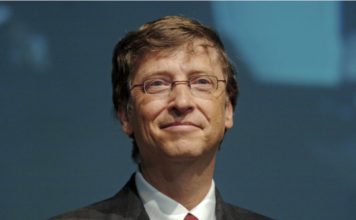 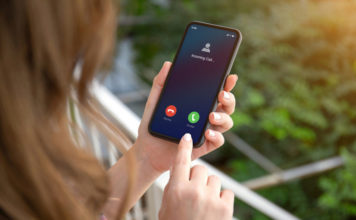 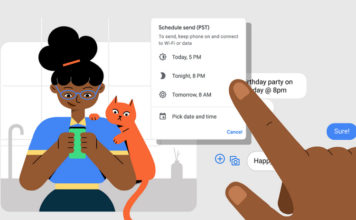 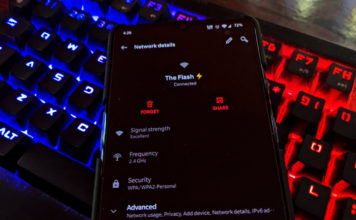 Visiting a friend or inviting a guest over might not be a great idea due to the coronavirus pandemic, but if you happen to...
Subin B - Feb 15, 2021