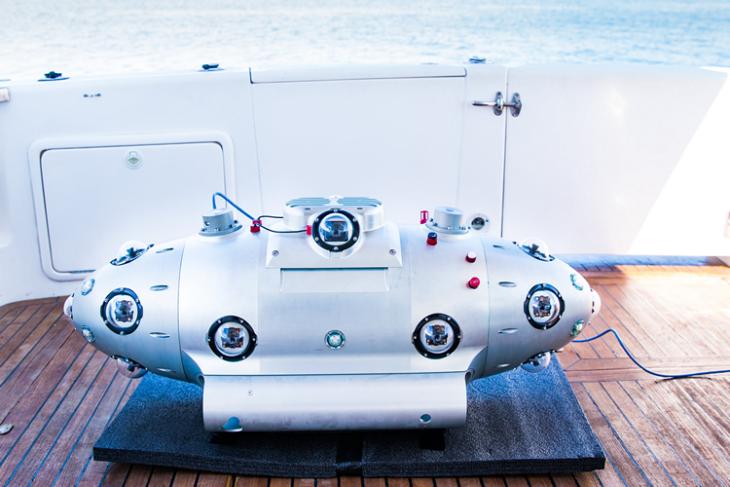 The company unveiled its autonomous submarine at CEBIT 2019 claiming it to be the “first fully autonomous and visual-based mapping submarine to exist in the world”. This submarine has the capability to travel 100km at a depth of 200m, capturing 360-degree visuals with 22 cameras in the meantime.

“We want to be able to educate the next generation about everything that exists in our world. The fact that we know more about space than we do about our own oceans is unacceptable with today’s technology,” the company told Business Insider Australia.

Moreover, the company wants to be the Google Maps Street View of the sea with its “WaterView” technology. Through this project, the company offers people an opportunity to discover new marine organisms. In case you are curious to know how this looks like, check out some early samples here.

Until now, the company has developed four autonomous submarines. A new model is already in the works with better capabilities and the capacity to go deeper. More sensors will be equipped in upcoming models of the submarine as well.

So, what are your thoughts on this “WaterView” technology? Tell us in the comments.