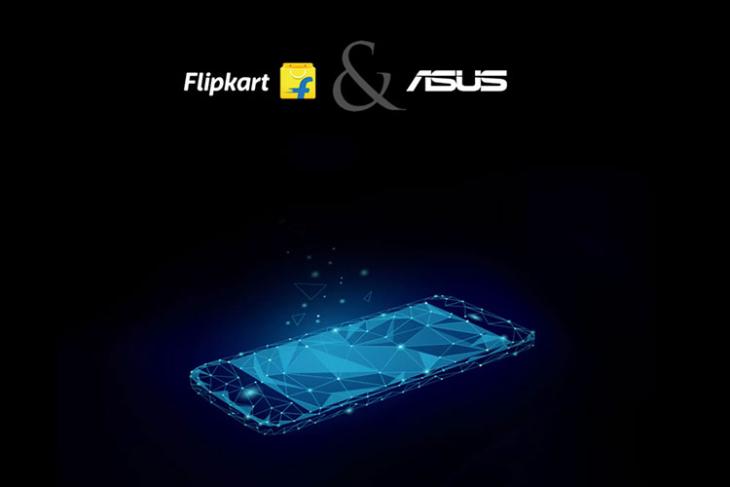 It’s not unusual for companies to have quizzes, polls and surveys to prove product propositions. Usually these are done in private as they tend to reveal details about the product, which is not ideal in public.

But Flipkart is conducting a quiz for the newly-announced Asus Zenfone Max Pro, which actually asks three loaded questions that give away the key specs and talking points of the Zenfone Max Pro. We already knew that the Max Pro would feature the Snapdragon 636 SoC, the same one as in the Redmi Note 5 Pro.

It would be no surprise if the Xiaomi phone is one of the key targets of Asus with the Zenfone Max Pro. It’s also tied up in a huge way with Flipkart, which has long had Xiaomi as a partner. But now Xiaomi has hedged its bets with launches on Amazon, and it’s also adding offers for those buying on Mi.com, so Asus is poised to be Flipkart’s new darling. But it would take something really special to attack the Redmi Note 5 Pro, which is stacked in hardware specs. And from what Flipkart has revealed, it looks like Asus has got the right mix.

Here’s the screenshot of the Zenfone Max Pro quiz on the Flipkart app, which spills the beans. 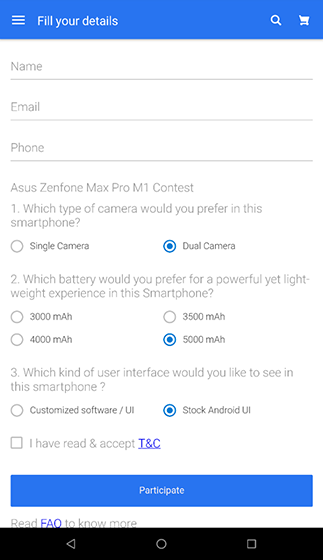 The first question asks users which camera setup they would prefer. That emphasis is purely ours, but it serves to illustrate the language used. It’s asking a loaded question, as nobody would pick a single camera, seeing where smartphone cameras are heading. The clear answer here is dual camera.

The second question asks users to pick their ideal battery capacity. Given such an open choice, it wouldn’t be a stretch to say that most users would pick a 5000 mAh unit. And well, the last-gen Zenfone Max already had a 5000 mAh battery so it would not make sense for Asus to reduce the capacity for a ‘Pro’ model.

The last question is the only one which does not show Asus’s hand. This one also suggests participants state what UI they prefer, not what they think the UI will be on the Zenfone Max Pro. We already know Xiaomi’s position on the stock Android vs custom UI debate.  Since Asus will be in opposition to Xiaomi in the market, we can say with a great deal of confidence that the Zenfone Max Pro is very likely to have stock Android.

These three elements put the Zenfone Max Pro at least at parity with the Redmi Note 5 Pro (i.e the dual camera, Snapdragon 636) and beats the Xiaomi phone on battery specs and possibly OS updates with the likely inclusion of stock Android.

Of course The Flipkart page also shows us an graphic with the outline of a phone, which may be the actual device.

You might have noticed there’s no notch on the front, unlike the Asus Zenfone 5 and 5z. So if the Zenfone Max Pro could actually have a notch-less front.

So what do you think? Does Asus have a better chance against Xiaomi if it goes with stock Android for the Zenfone Max Pro? Given the choice which phone would you buy? Let us know.