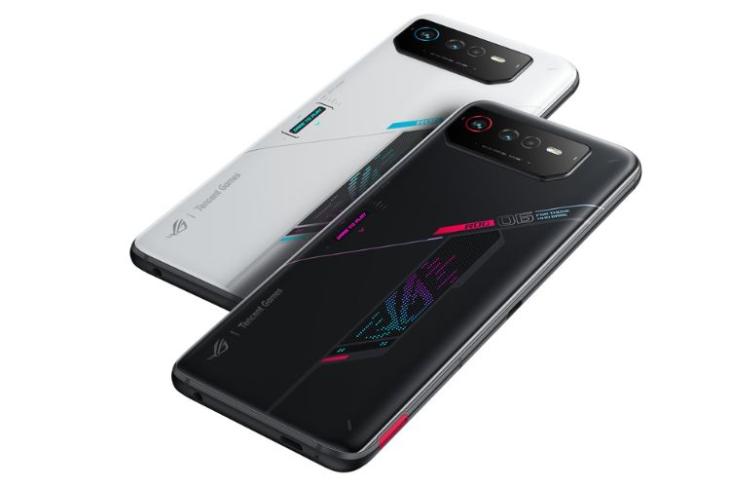 Asus is all set to launch the next-gen ROG Phone 6 on July 5 and ahead of this, it has now been confirmed that the gaming smartphone will launch in India on the same date. In addition, the phone’s design has been fully leaked too. Here are all the details to know.

ROG Phone 6 Coming to India Too

The device is already confirmed to be powered by the latest Snapdragon 8+ Gen 1 SoC and is touted as the world’s first gaming phone to come with the said chipset. The company is further expected to launch the ROG Phone 6 and the ROG Phone 6 Pro at the event.

The phone has also been fully leaked, as per the recently shared design images by leakster Evan Blass. The phone is seen with an ROG Phone 5-like design but with a bigger rear camera hump and some more changes here and there. The ROG Phone 6 Pro is expected to add a secondary display at the back.

It is expected to come in white and black colors. Plus, various accessories like the ROG-branded gaming controller, the AeroActive Cooler 6 snap-on cooling fan, and the Devilcase Guardian Lite Plus case are also expected to tag along.

As for the specs, the ROG Phone 6 will support an IPX4 rating and an advanced cooling system to reduce throttling. A 165Hz display, 50MP rear cameras, a 5,850mAh battery with 65W fast charging, and more. The Pro model will share the ROG Phone 6’s specs.

However, proper details and even the price aren’t available at the moment and we need to wait until July 5 for a conclusive idea. We will keep you posted. So, stay tuned.